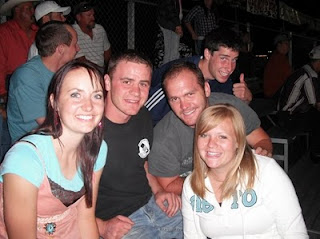 We knew each other in PineView apartments but did not do much until the end of the year -- Cardboard box, hobo sleep over, Games on Sunday, and Western Swinging on Wednesday. We then split for the summer. About one month before school started I happened to be on Facebook and Justin's profile picture came up on the side. I figured it would be a good idea to do something with him when I get back in case something good might turn out. This was after I Facebook stalked him for a bit. I invited him and our friends Trevor Park, Brittany Swainston and Sami Rose to the Box Elder County Fair, which I happen to love.


From there we took turns inviting each other to 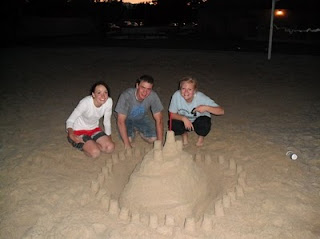 fun events. Volleyball, night games, dances, and peach milk shake making nights. I wondered if Justin would ever ask me out, and he wondered if I still had a boyfriend. We had fun despite the clueless relationship.

Justin invited me to Homecoming but I had to say no. I had already been asked on a date. I was super bummed! I plopped to the floor with frustration after I hung up the phone I had just done my best to show interest in Justin despite the rejection. 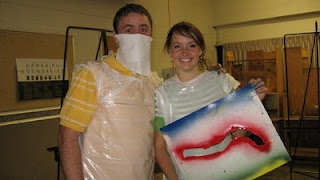 And yes, we did get on a first date -- it was going to be painting bowling balls, but the DI was closed, so the next best thing was T-shirts.
While deciding what to do instead, we were sure good at shooting down each others' ideas.
"Pull!"
"Bang!" 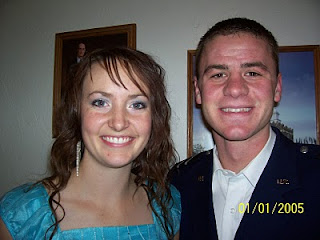 We went on a our second date to the Military Ball. Justin sure had the dance moves and the atmosphere was perfect. It ended with our first kiss. That sent my head spinning and wondering what was up next.

Shortly after this I asked Justin, "So, what is this relationship for you?"
Justin said, " I just want to date you."
I said, "Great! Me too!"

We were boyfriend and girlfriend in December of 2009. From there it's history! You'll have to read our book, which if I knew the title I would tell you. But it isn't printed just yet. That will be my next project!