Getting to and around Germany

June 30, 2014
The flight to Germany was quite the adventure. We flew from Utah to Baltimore, MD and then Baltimore, MD to Ramstein Air Base. I can't remember what time we left Utah, but I do remember that we left Baltimore in the evening. I was so hoping to get at least 4 hours of sleep in order to be able to be somewhat alert for the day we would have ahead of us in Germany. Justin and I were ready to conk out, but Sam fought hard for a good couple of hours. We got close to 2 hours of sleep. ha. Upon arrival we were all a little cloudy in the mind to say the least. We were in no hurry to get off the huge airplane. The line to exit the Airplane was one of many lines we would be in for the next 3 months trying to set up house and life in Germany.

Pictures from our flight: 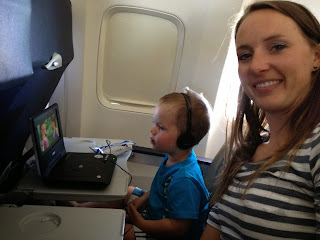 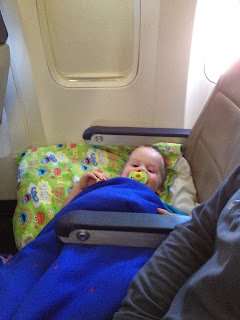 We made Sam a comfortable 'bed' in hopes he would fall asleep quickly. But with the lights on and food being delivered, it was w/o success until the last 2 hours of the flight. 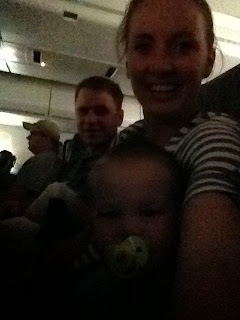 But we're still excited to be going to Germany!

Here is a list of lines we stood in after exiting the airplane
1st line: Customs
2nd line: Passport
3rd line: Baggage - around 8 pieces of luggage - and there were not carts available to help us carry our luggage.
I remember just wanting to get to our hotel room so bad ..but another line
4th line: check in to hotel
mind you, all lines were LONG
5th line: BX food court for dinner - even though I was not hungry. They had fed us 2 meals on the flight -- when I would have rather slept.

FINALLY we arrived at our TLF room.

After this, for the next 3 months we stood in lines for car insurance, registration, fuel cards, drivers license test, housing, VAT forms, phones, internet, 2 different banks, etc. Justin did most of the waiting in lines. It was exhausting and overwhelming. But, good news, WE MADE IT!

Below I have pictures of our new cars. In search for the best price for the best car of course but needed one now! Our sponsor was kind enough to let us borrow his car for a week while searching. All cars in this area are sold for $1000 over the KellyBlueBook suggestion so it was hard to know if we were getting a good deal. We ended up buying a 1997 BMW 318i and driving that one one hour East to SaarLouis to a dealership we found online. It happened to be a Lebonese dealership. We debated between a Toyota 4 runner, which was the car of our dreams, a BMW X5, or a VolksWagon Station Wagon. Can you guess which one won!? The Station Wagon!!...wait what?! Station wagon WHY?

It had what we needed - space wise, it was manual, diesel, and got the best gas mileage. In our talks I reminded Justin we are here to travel not look cool. LOL. I have to say I love this car and it has saved us many pennies in our travels so far. Here is the beauty! 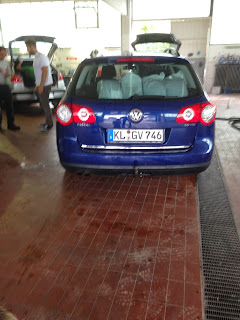 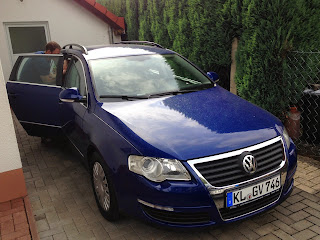 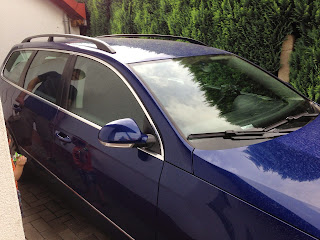 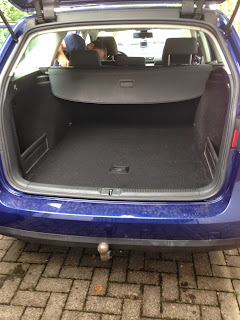 A picture of both of our cars. Oops that we bought the BMW w/o realizing it had a smoke smell to it. After getting it detailed, baking soda-ing it, and other remedies and just a week ago Justin bought him new seat covers, it does not stink and looks very nice. It does great on commuting gas mileage as well. We were very blessed to find these cars. We went from one 1994 White Honda Accord to 2 Blue cars, BMW and VW. 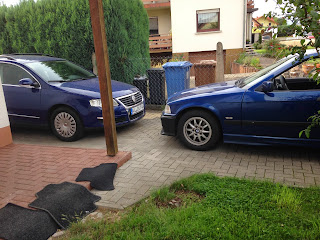 Sam and I vacuuming out baking soda again in the BMW. Ha ha, not the greatest idea --It's a bit difficult to vacuum out. 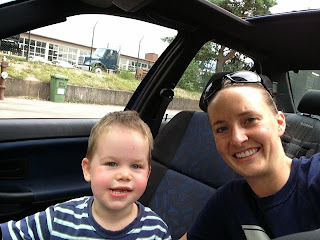 Justin going to his first PT in the BMW. 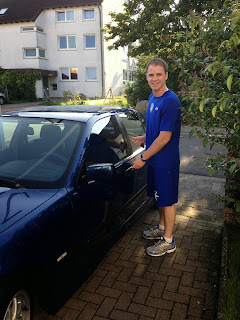