Normandy - Our favorite trip to date

June 06, 2015
Justin has a lot of neat opportunties within his job as a C130J pilot in the Airforce and one of those was to fly with the French Air Force during the Anniversary of D-Day. Melanie Zambrano and I decided we could do the drive in order to see our husbands and experience part of it with them. We're so glad we did. It was a 7 hour drive, but well worth it. 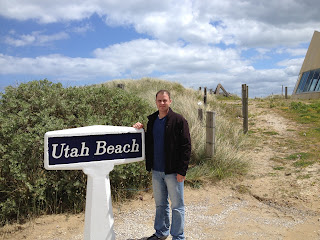 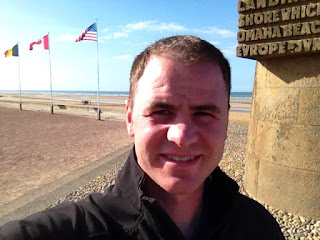 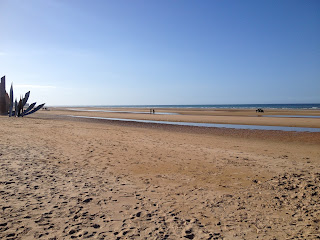 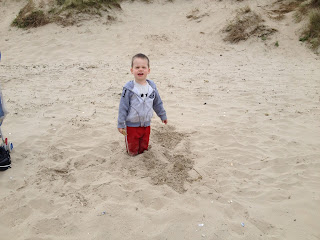 Sam and Justin hung at the beach while I went to the museums. Justin had already visited them before we got there. 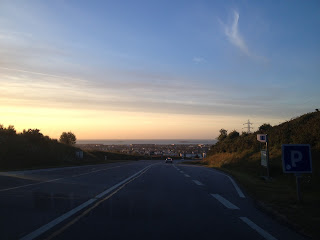 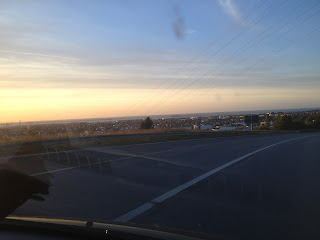 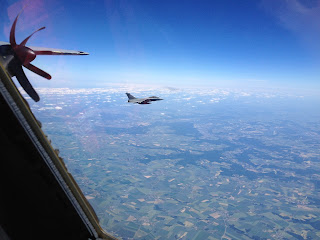 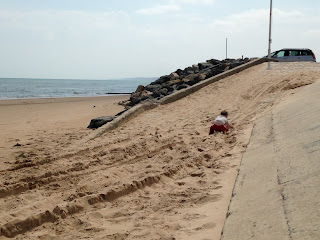 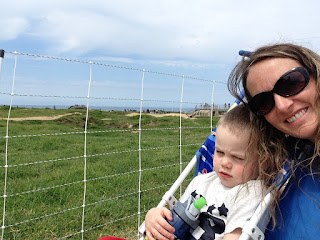 I'm not sure you can tell but there are big holes where the Germans had built underground bunkers and canon pads. 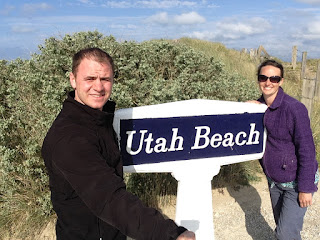 We really like this beach for obvious reasons. :) We were unable to find out exactly why it's named Utah. We visited Omaha Beach too. These are the two beaches where Americans dropped paratroopers and landed to attack on D Day. 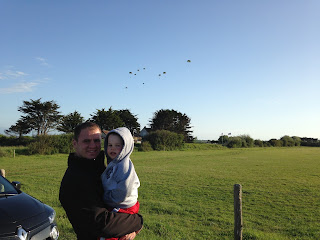 They drop paratroopers as a reenactment. Justin got to drop paratroopers while there too. I tried my best to get video of it, but didn't take any pictures. :( In Germany there are laws prohibiting them from flying really low, none of those laws exist here in France. I got to see him fly really low. One time it was like they snuck up behind me. It scared me and then sent chills down my back. My hubby is flying that -- I let out a  woot woot!!

This trip is where I fell in love with the French countryside. It was beautiful and so quaint.

As part of the trip, Justin let me know the best 2 museums, we visited the American Military cemetary, Omaha and Utah Beach, and the festivities at Sainte Mere Eglise 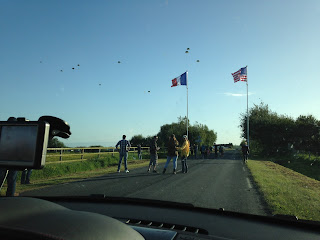 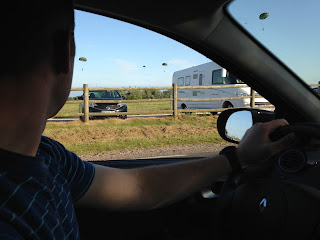 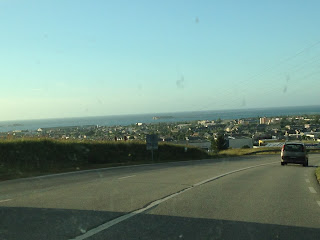 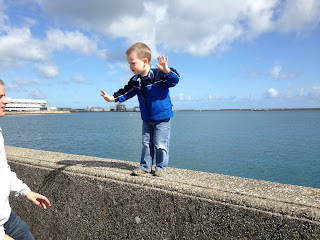 Whoa, don't fall Sam -- he really was a bit nervous for Dad to put him up there. But don't worry, he didn't fall.  He was suppose to be like Rockie on top, ha ha. 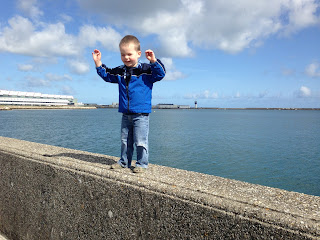 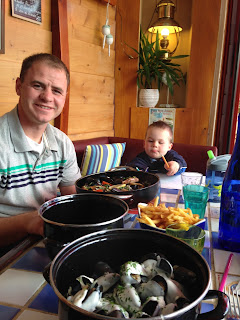 Our cultural food experience. Yes, that pot is full of muscles. I'm good on muscles for a couple of years. 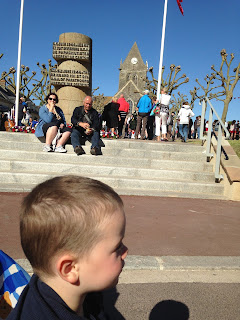 Festivities in Sainte Mere Eglise - one of the first villages to be liberated from Nazi, Germany. There were parades, food and craft stands, carnival rides, and lots of people dressed up 1940's style. 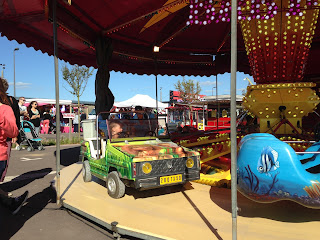 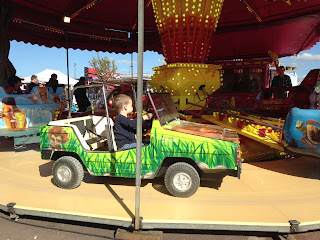 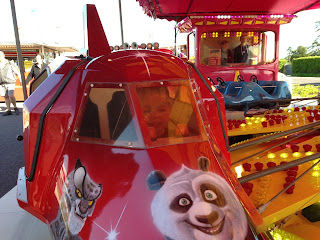