I planned a weekend

Knowing Sam and I would be leaving Justin this week I made sure to plan a fun weekend for the three of us.

We threw our mattress in the front room and went to sleep at 10pm. Justin and I were exhausted. I had grabbed us the movie "Cars" from the library, but we chose to go to sleep. We had been running on 7 hours or less of sleep all week. Sam was up at 6:50am and we were off on a bike ride by 7:30am to grab donuts at J's Donuts. It was a 17 mile bike ride round trip. Going by bike helped me justify having donuts for breakfast.

We returned home around 9am. Justin serviced the motorcycle and car as well as put on new tires so I could feel safe traveling to and from Wichita. We attended a birthday party at the splash pad which Sam loves, and then we watched game six of the East Conference Series - we're cheering for the Indiana Pacers! Game seven is tonight.

We both enjoyed going to bed early and getting up early. We rarely do that on weekends. Well, usually one of us has to get up with Sam while the other sleeps in. I think we might do it more often. Ha, but we'll see.

By the way, Sam loved the bike ride. He started to fuss as we put on the helmet but I told Justin to take off as soon as I got it on, and that put an end to the fussing! When we got to the donut shop Sam signed "more", even after 40 minutes of riding on the bike. Yes, we rode for 80 minutes. My bum was a little sore. 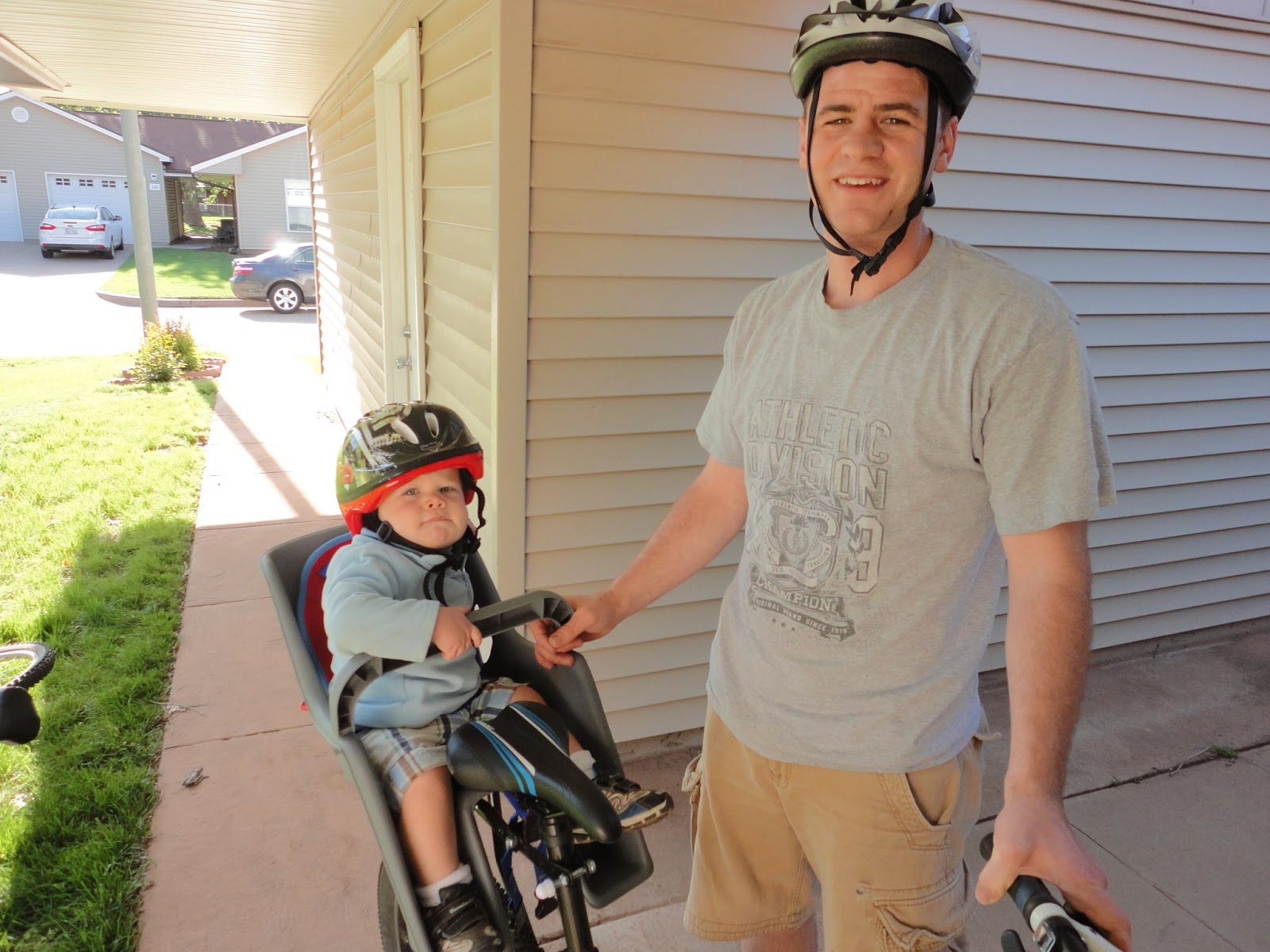 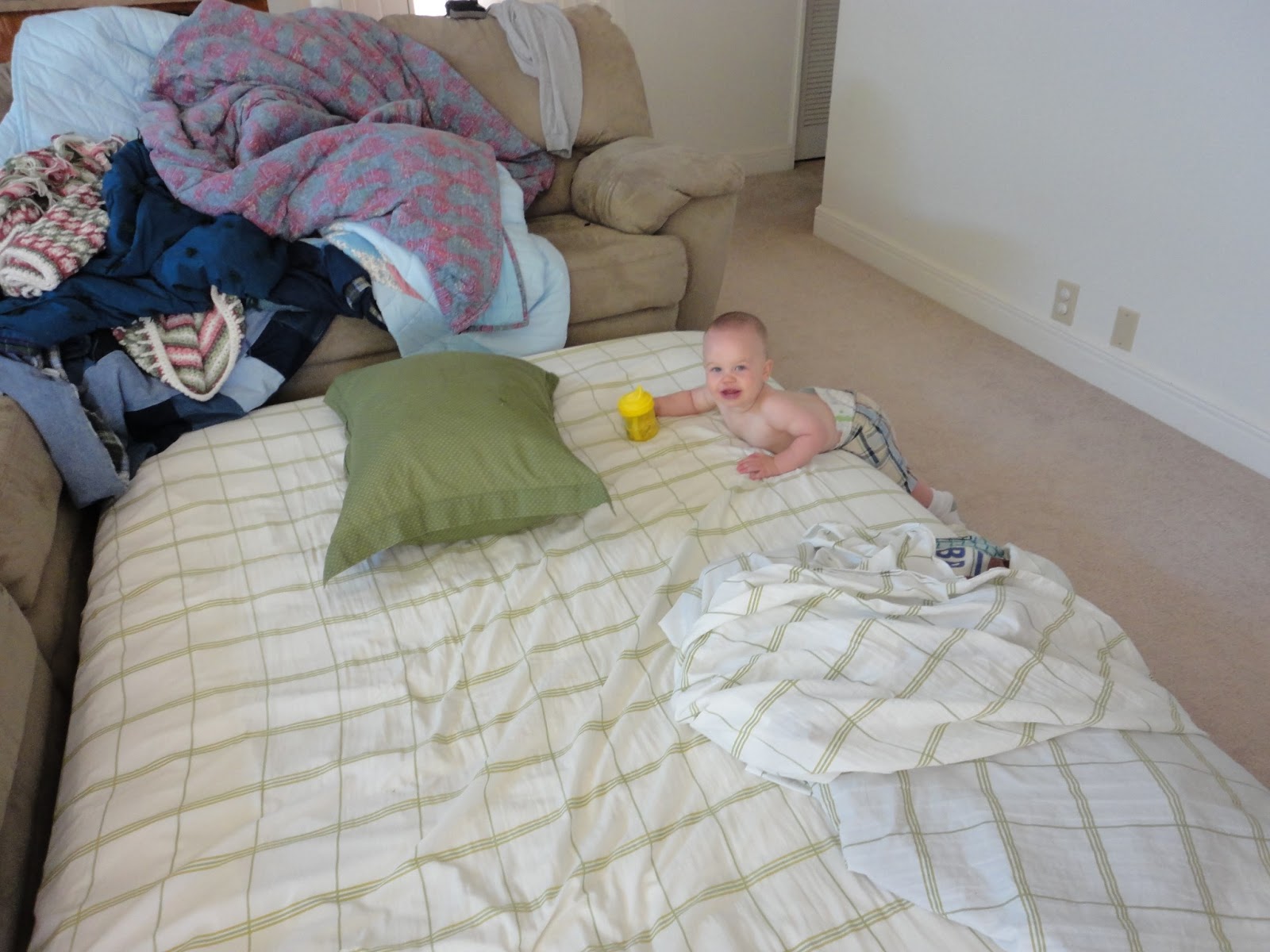 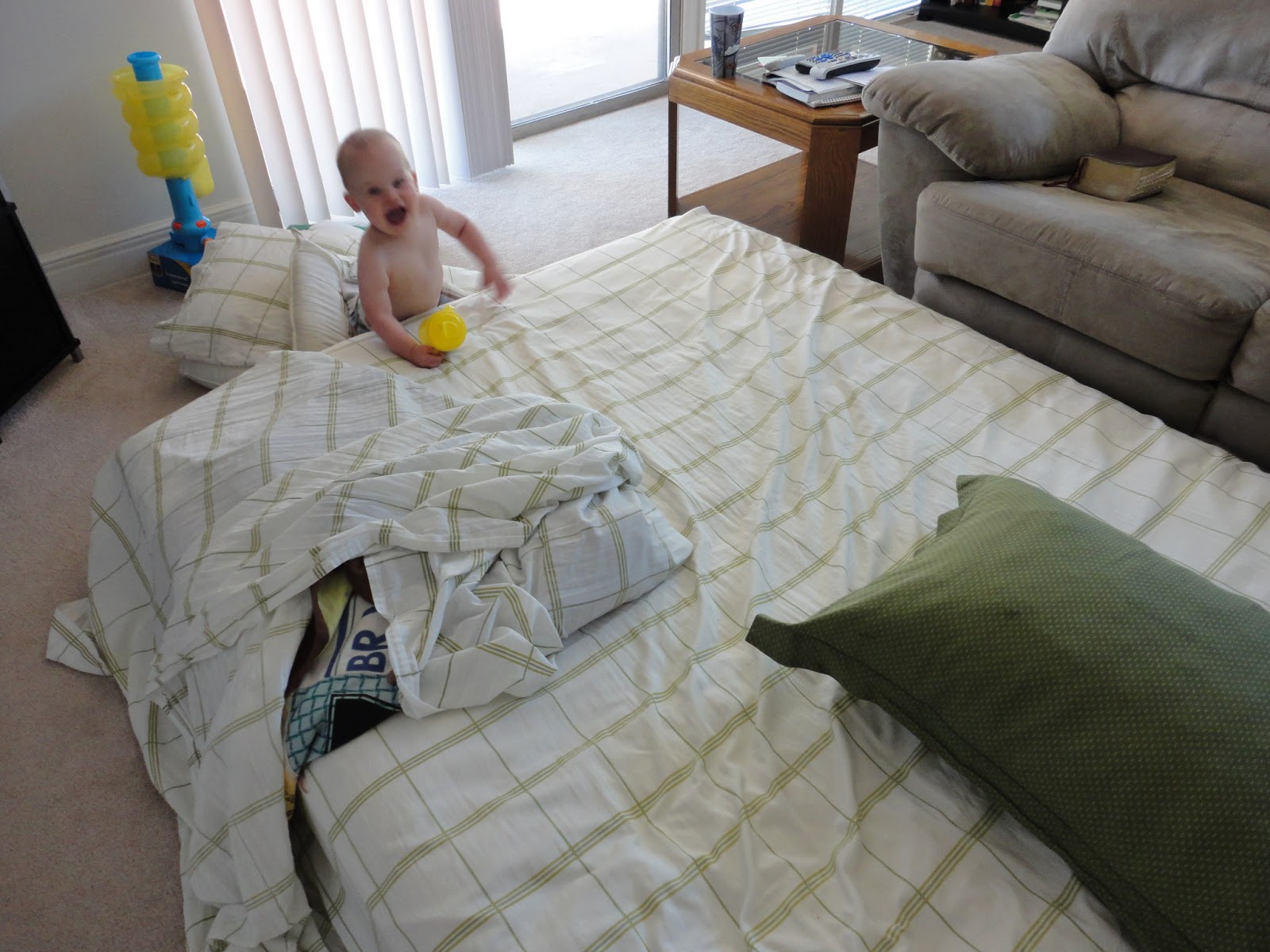 We left the mattress out for Sam to play with all day Saturday and Justin and I slept in the living room again that night. Kind of like real comfy camping. :) 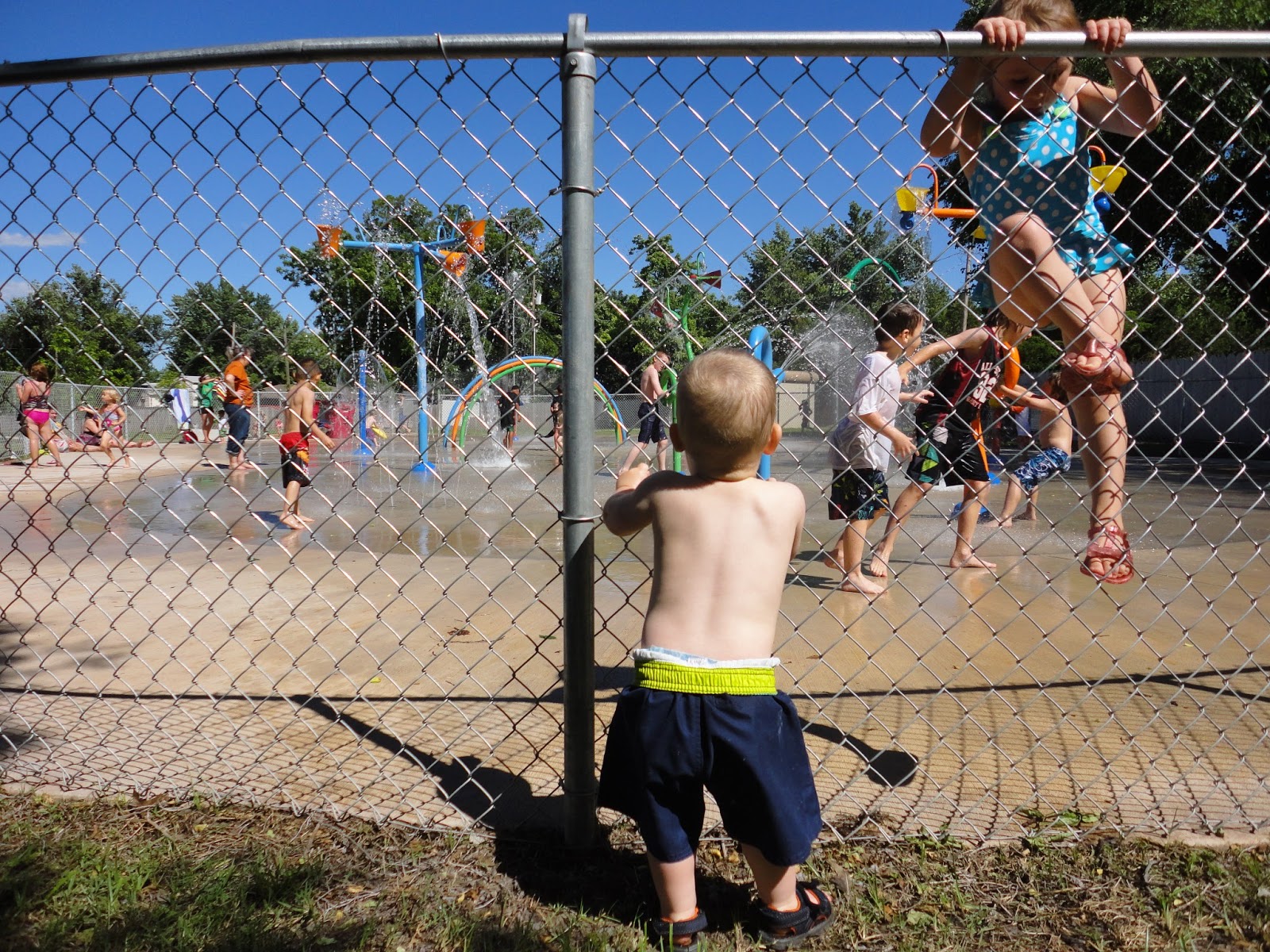