February 08, 2014
Justin passed his check ride with flying colors and he had a couple days off. So, we took the chance to go to Nashville, Tennessee! Our friends Trevor and Keely Park live there and we thought it would be a fun place to go see. Most of Justin's time off has been spent in Utah with family, which we love, but it was nice to be just the three of us

The trip was 5 and 1/2 hours - that's w/o stops. On the way there we made it in 7 hours and on the way back we made it in about 9 hours. Let's just say we're good to not have another road trip for a while. Sam was a champ despite the long time in his car seat. 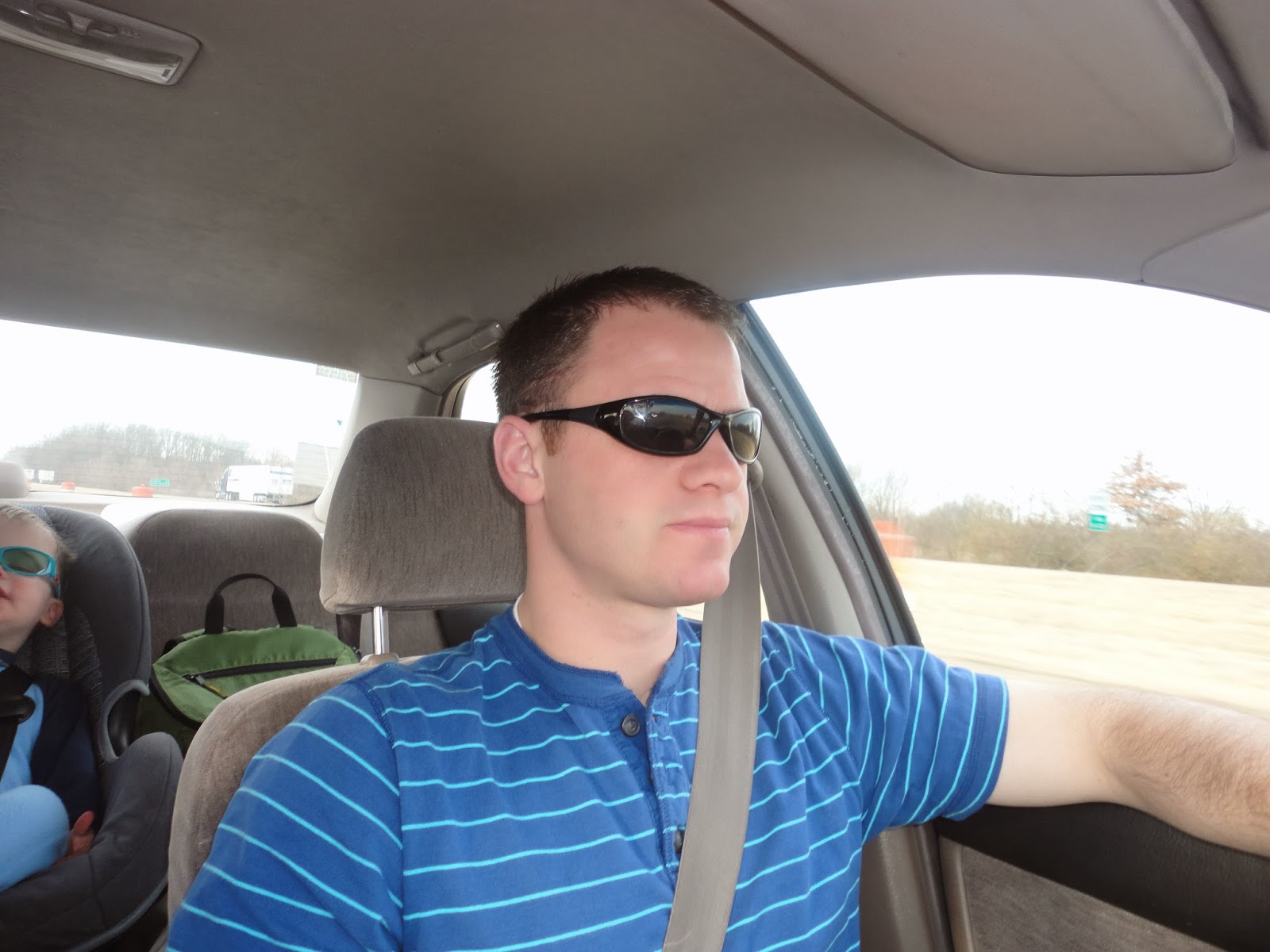 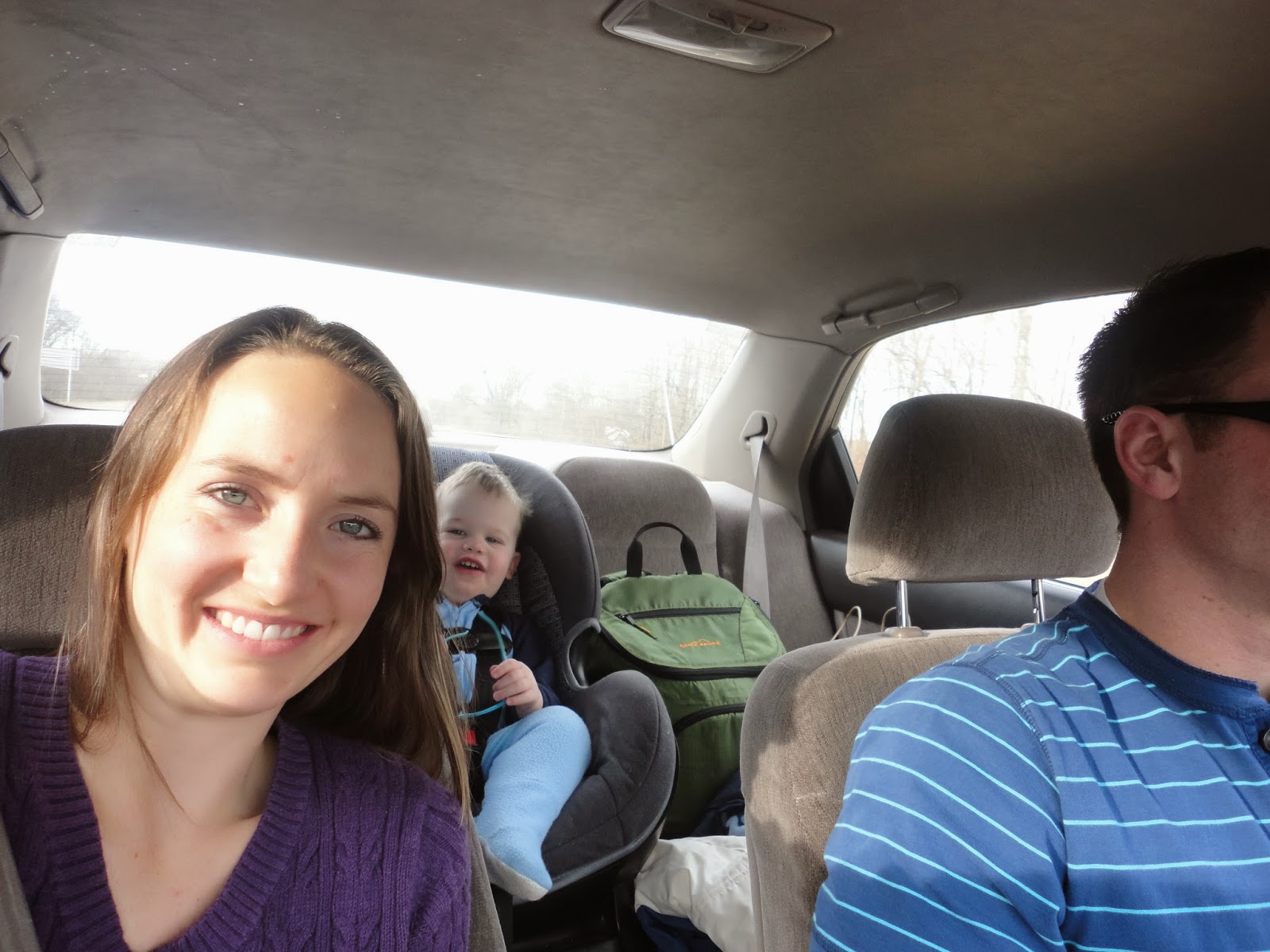 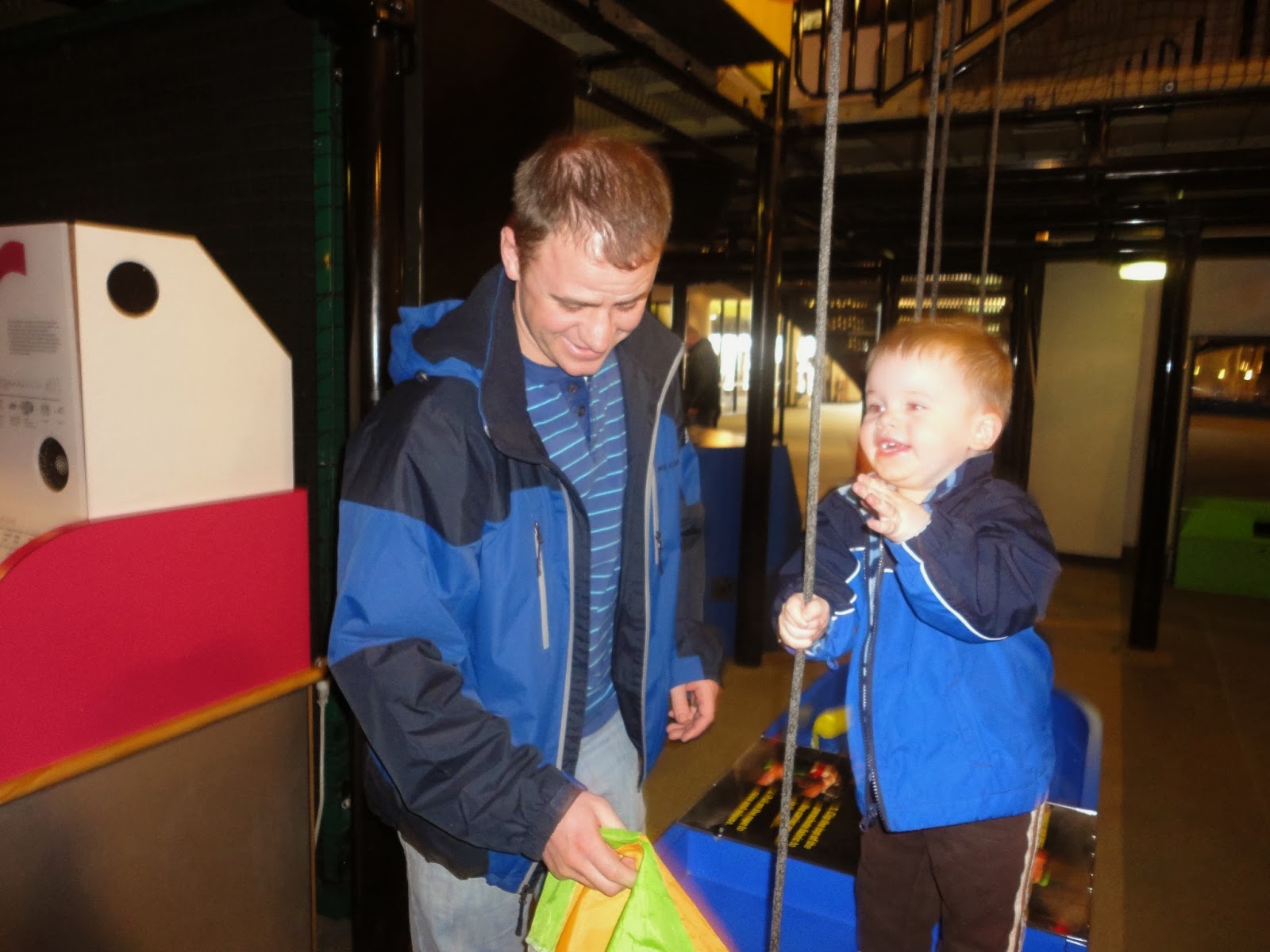 Our first stop was a science museum - we were there for 3 hours. It was fun for all of us. 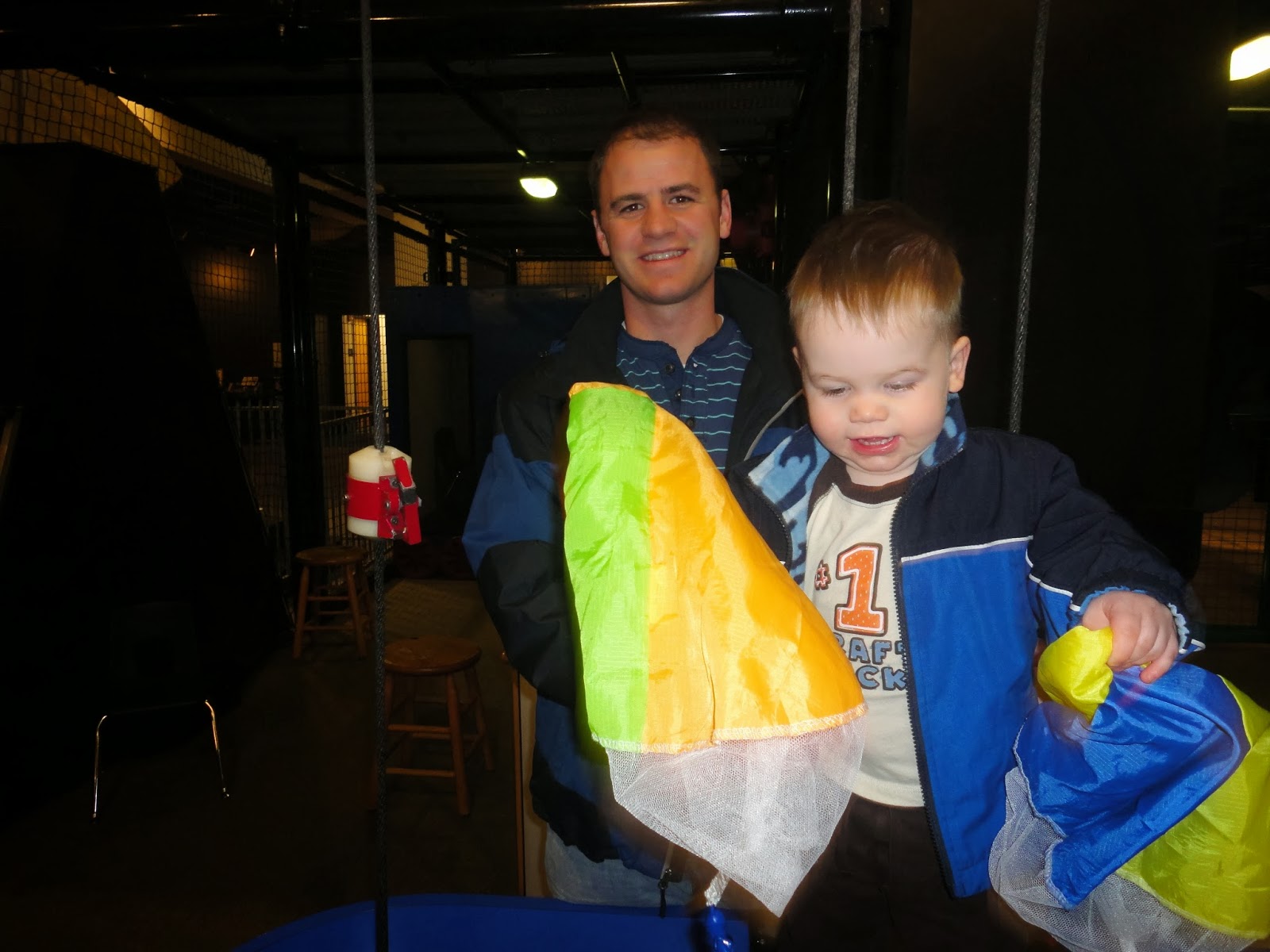 These are parachute men Sam could move up and have them fall back down by using pullies. 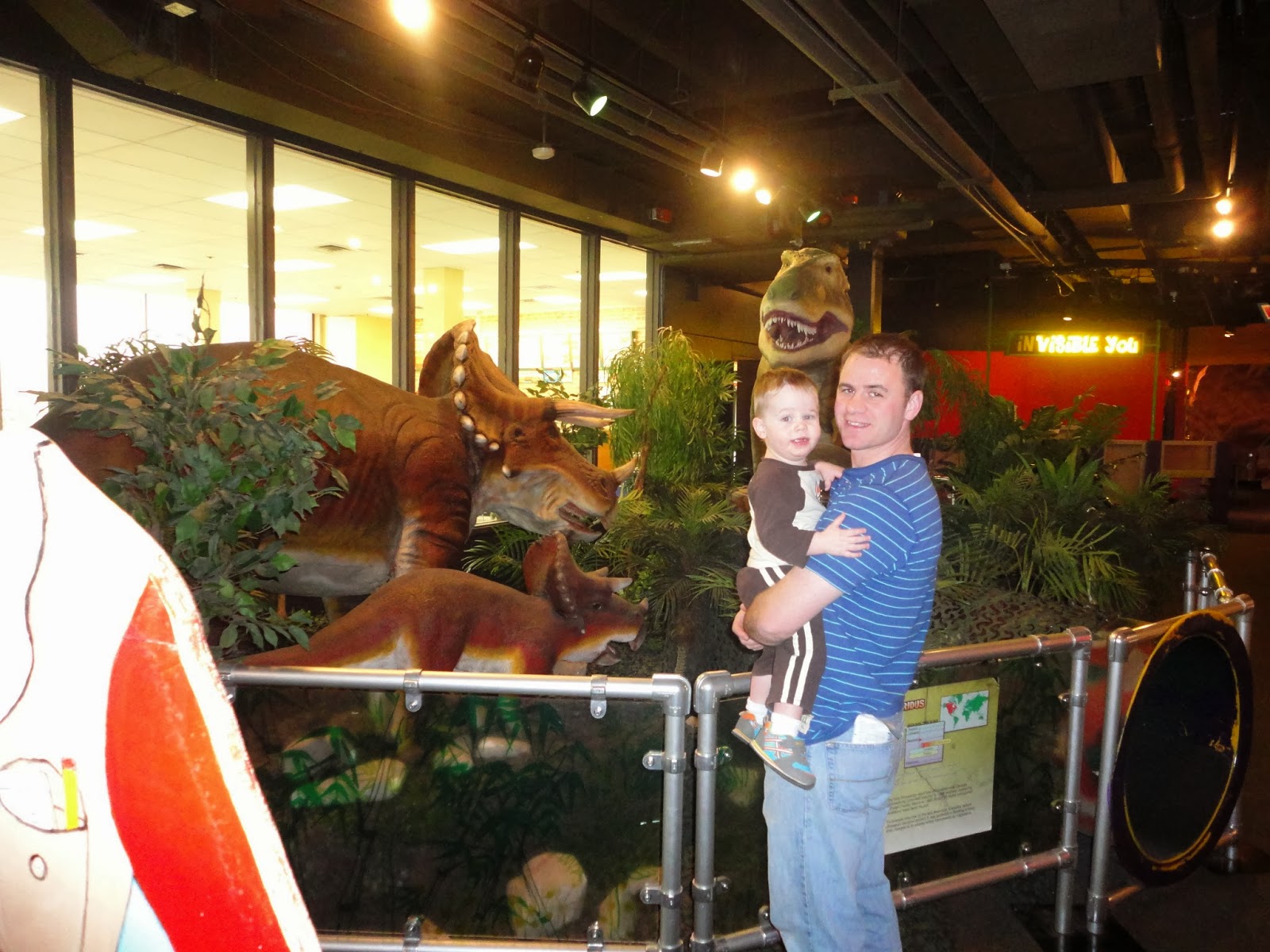 Sam loved this T-Rex. It moved and made noises. Yes it scared him at first but Justin was good to explain it to Sam. Each time we passed it, which was often, we would be there for at least 5 minutes. 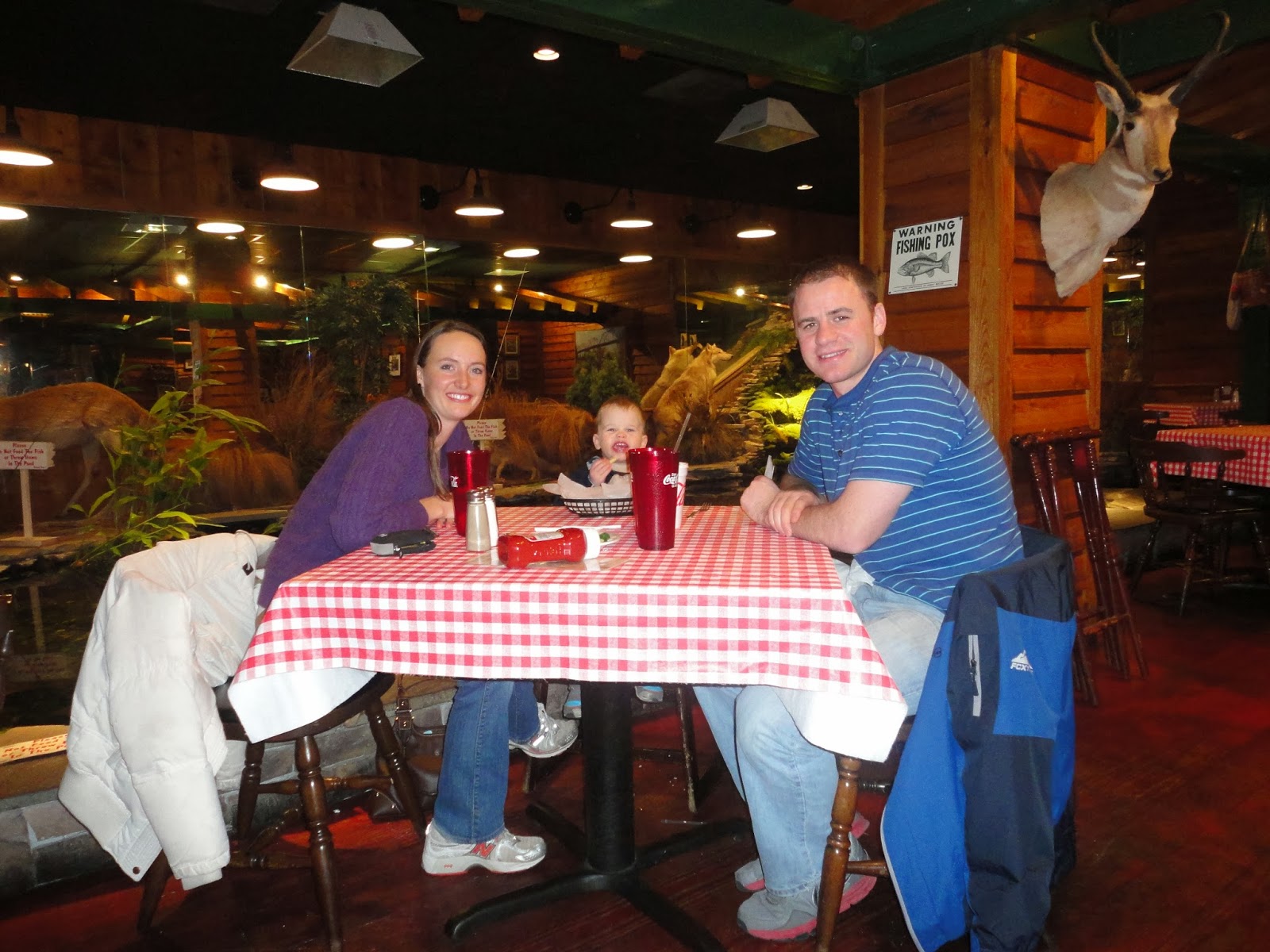 Caney Fork was our dinner choice for that night. Lots of animals were displayed everywhere. There is a pond behind us with "fresh" cat fish. I don't know if I like to watch my dinner swim while I'm eating. But the catfish and buffalo were actually quite yummy. 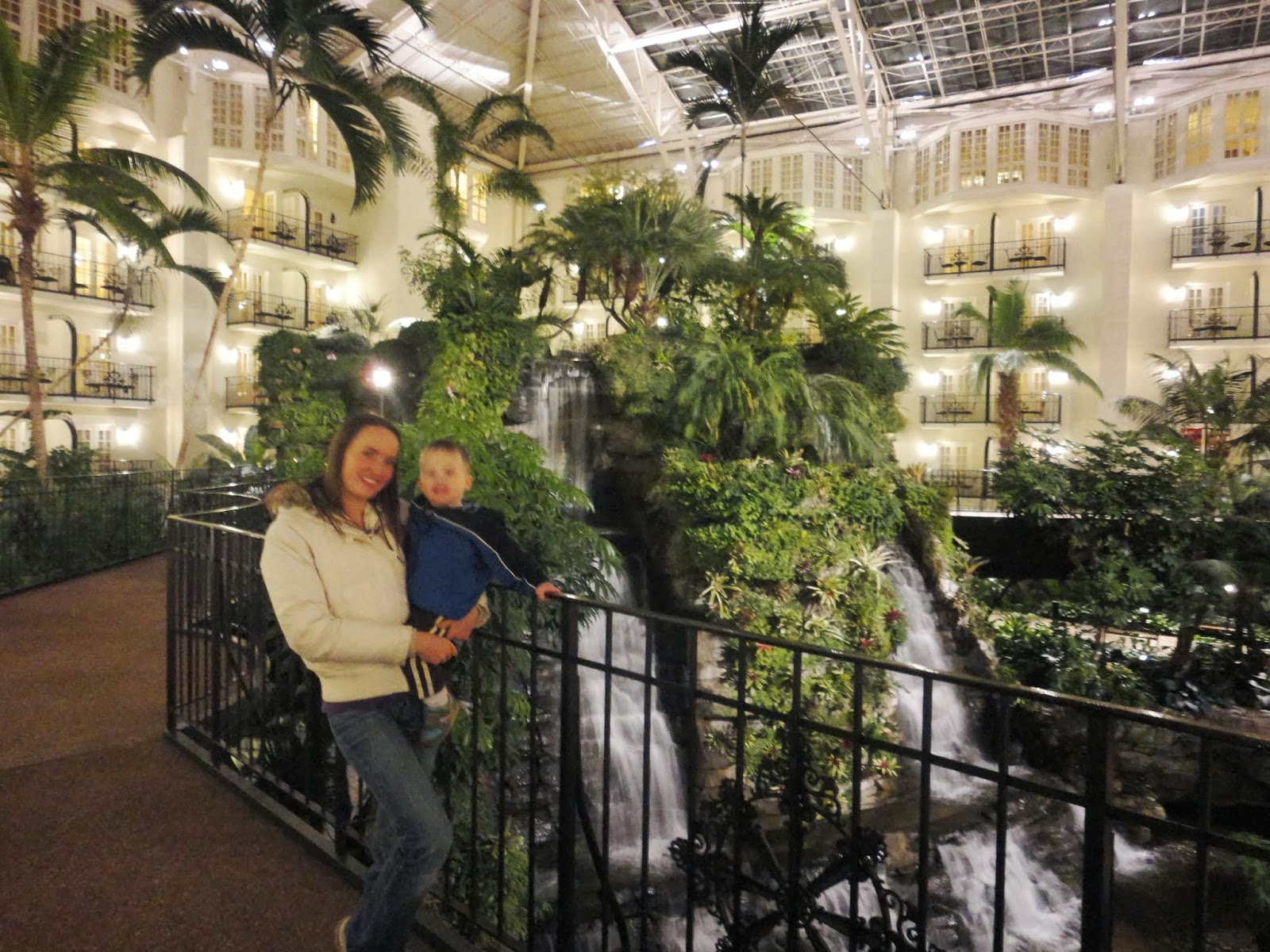 That night we stayed at the Gaylord Opryland Resort. Yes, these waterfalls are inside and no we did not pay the extra 50 bucks for a balcony room. We did enjoy a water fountain show - it was amazing! Colors, music and water being shot in the air at least 200 feet high.  It was a great way to end our night. 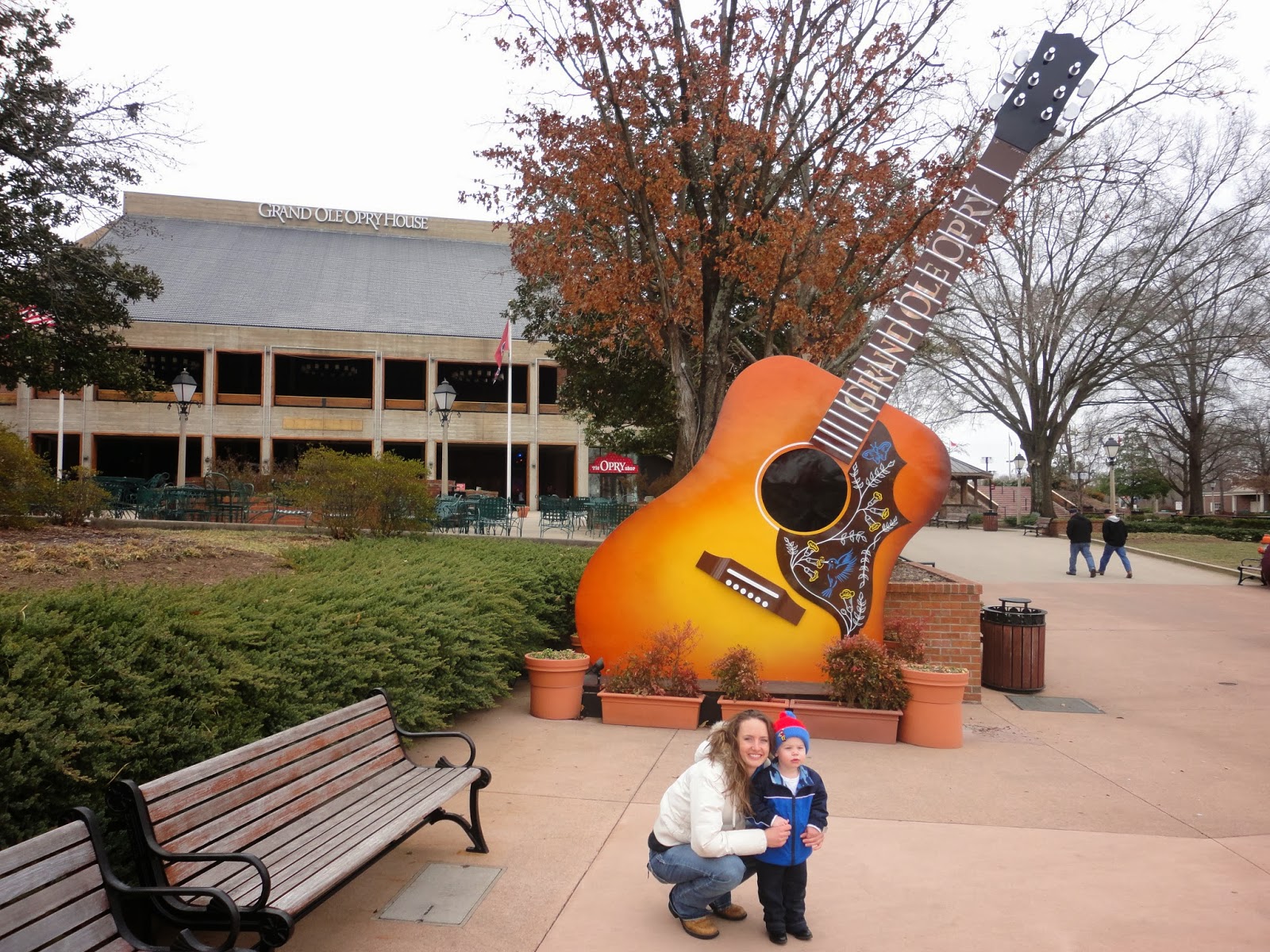 The next day we went over to the Grand Ole Opry where they have a show going on about every night I think. It was 20 bucks to even get in so we enjoyed the view from outside. :)

We then stopped in the mall right next to it where Sam enjoyed playing on the toys. We really headed in for a possible extra lunch. We had splurged on our dinner and resort stay so we ate peanut butter and jelly sandwiches in the parking lot. Justin wasn't sure he was going to get full. But by the time we got in the mall he decided he was full. We let Sam play while we took turns checking out what movies were in the theatre. 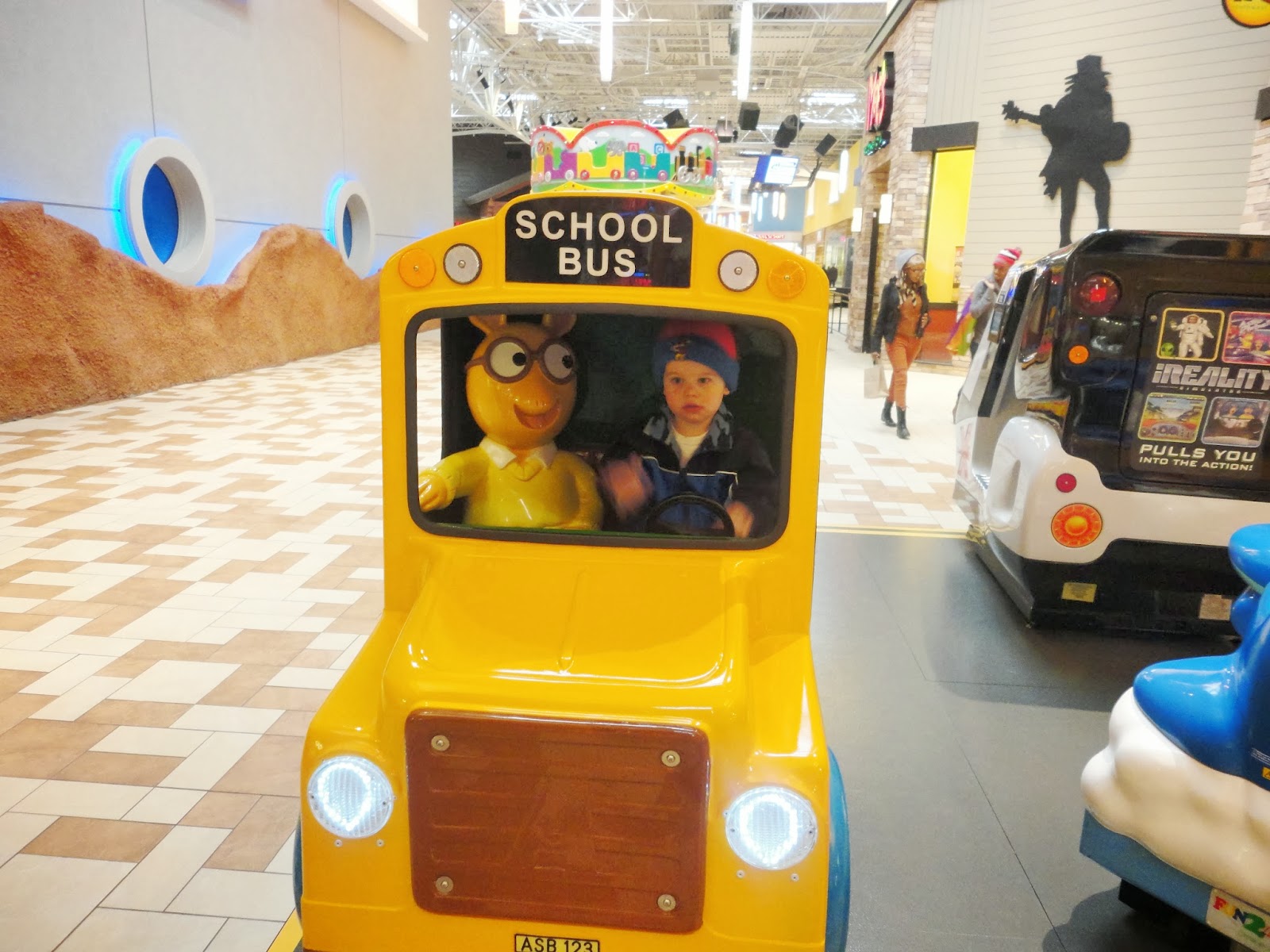 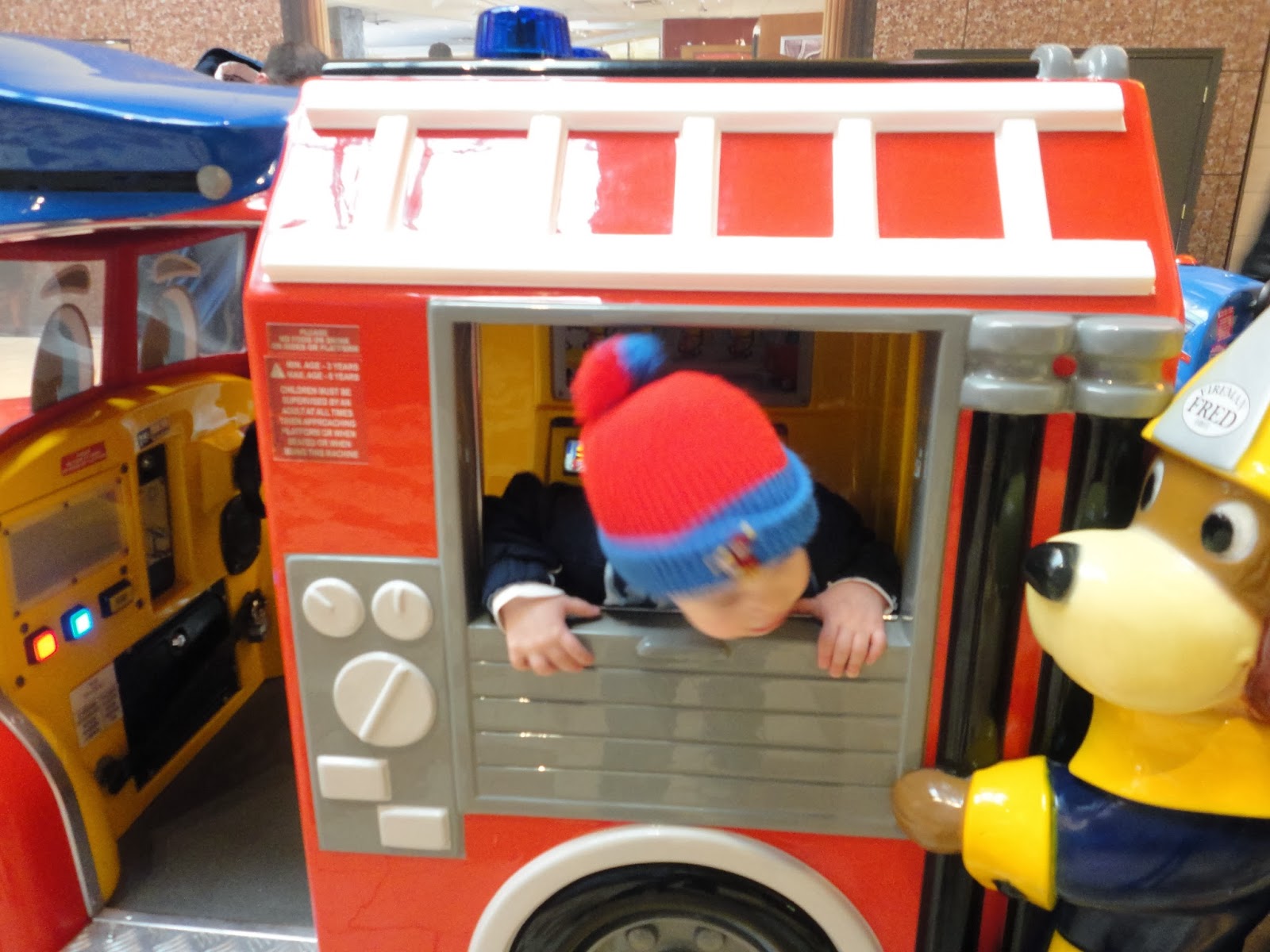 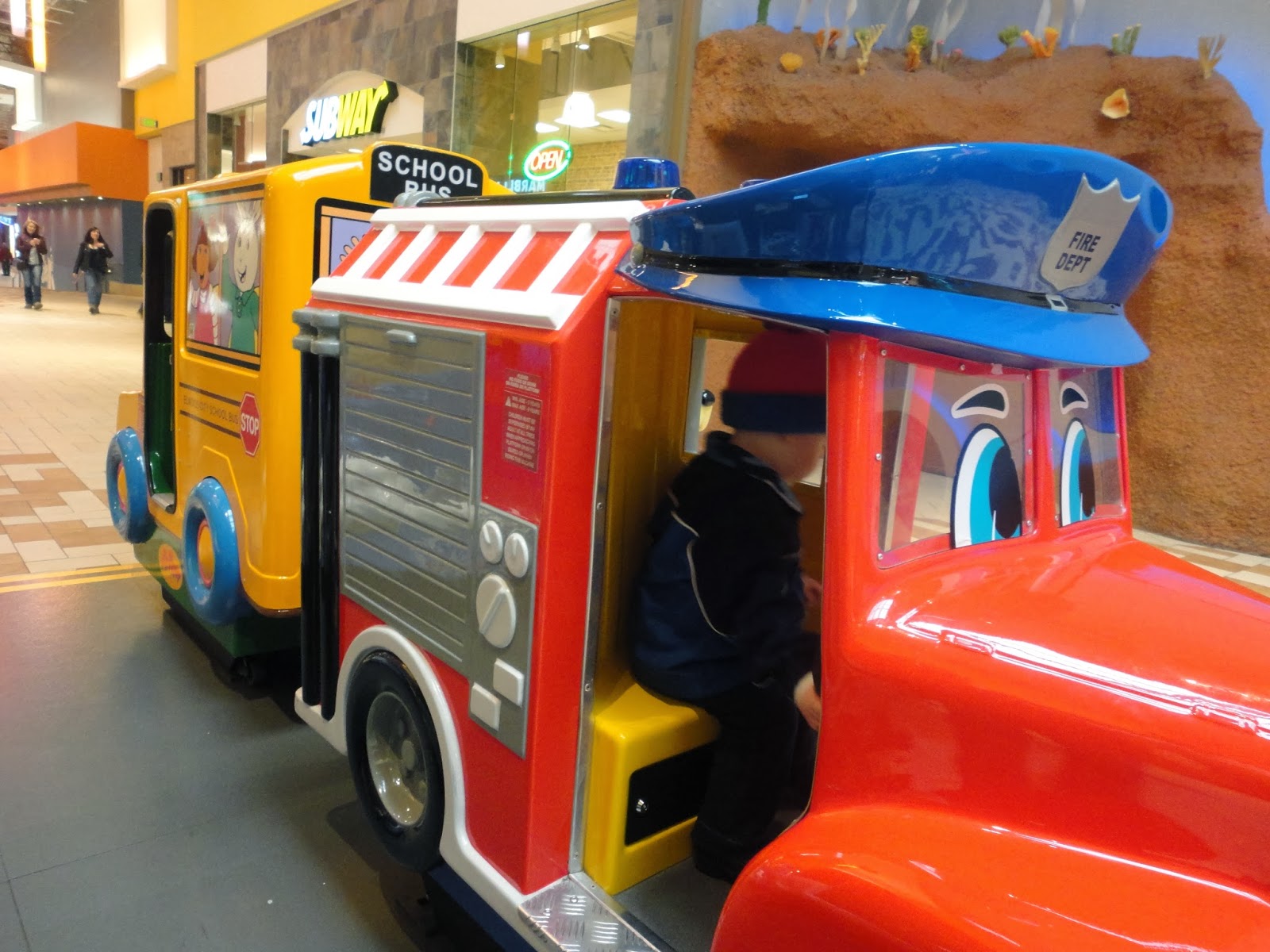 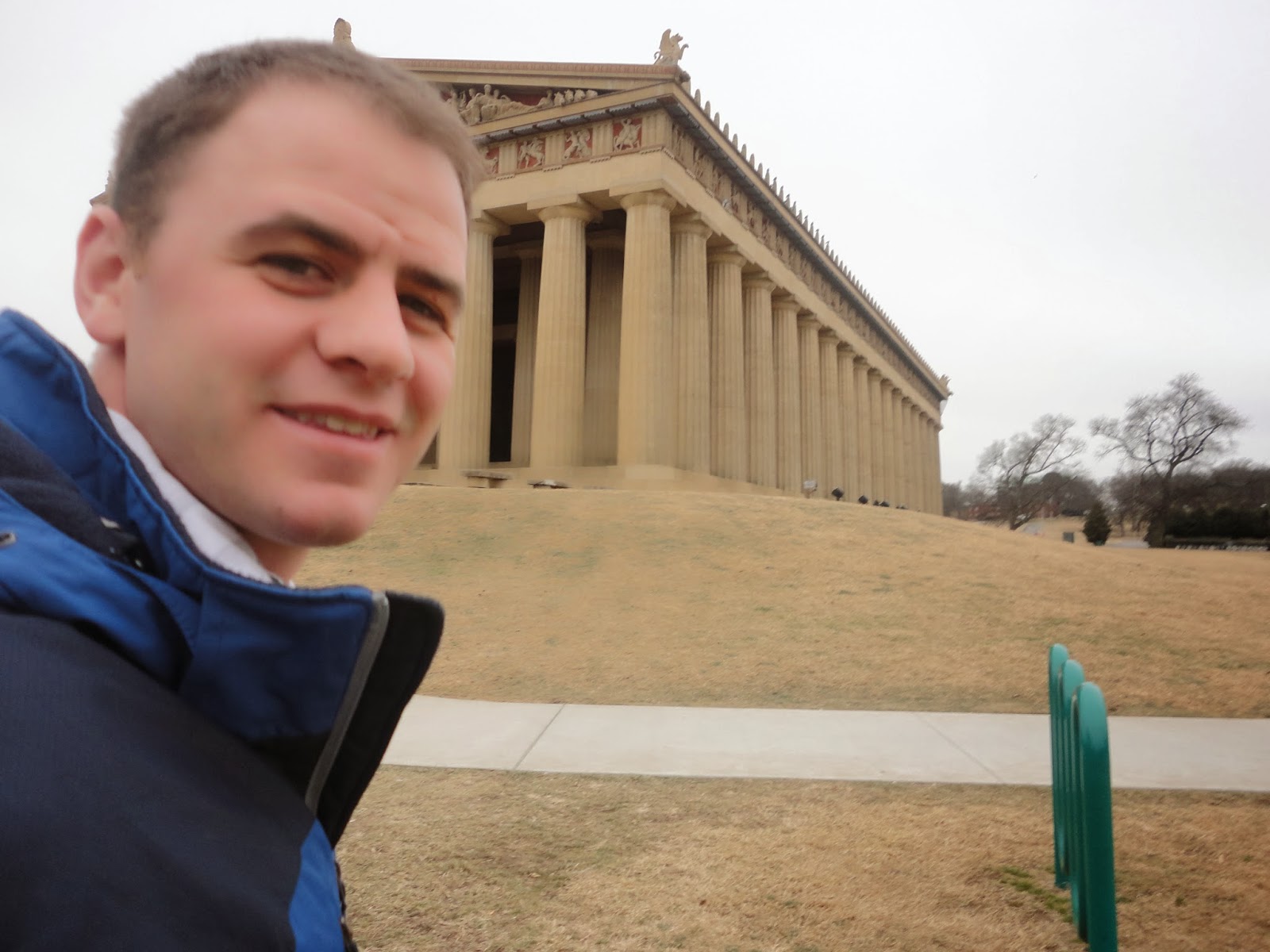 We then headed over to the Parthenon It is the only replica of the Greek Parthenon as it's actual size. It was beautiful and quite amazing too. Justin enjoyed the museum that is in the basement of this building while Sam and I took a nap in the car. 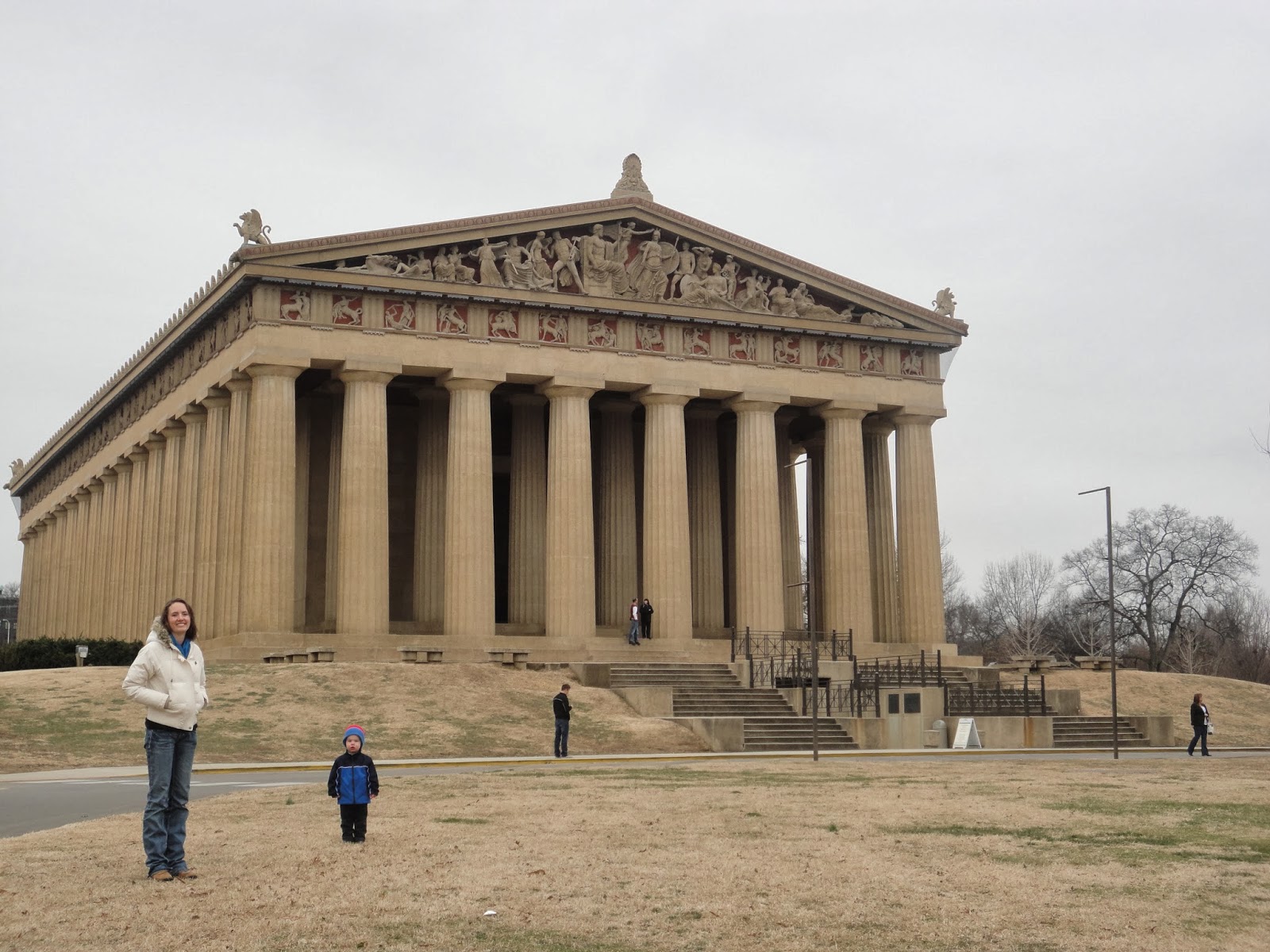 We then headed to the Park's home. They were so kind to feed us dinner and allow us to stay the night. They have a dog, "Row" who Sam got a long with very well. We put Sam down and played Scrabble and Settlers of Catan.  The next morning the boys went and played basketball and us girls with Sam chatted and made breakfast. We then went downtown sight seeing. 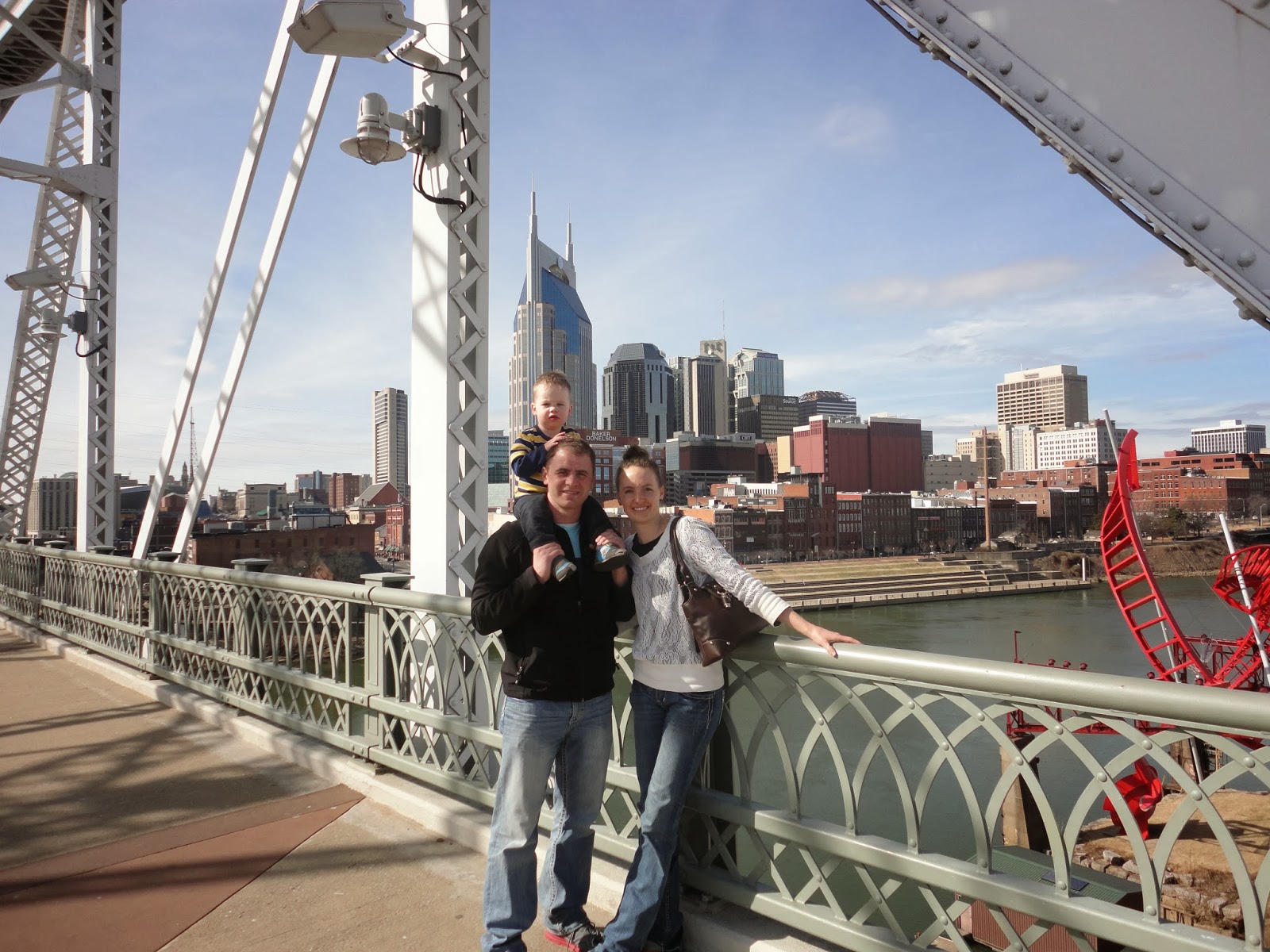 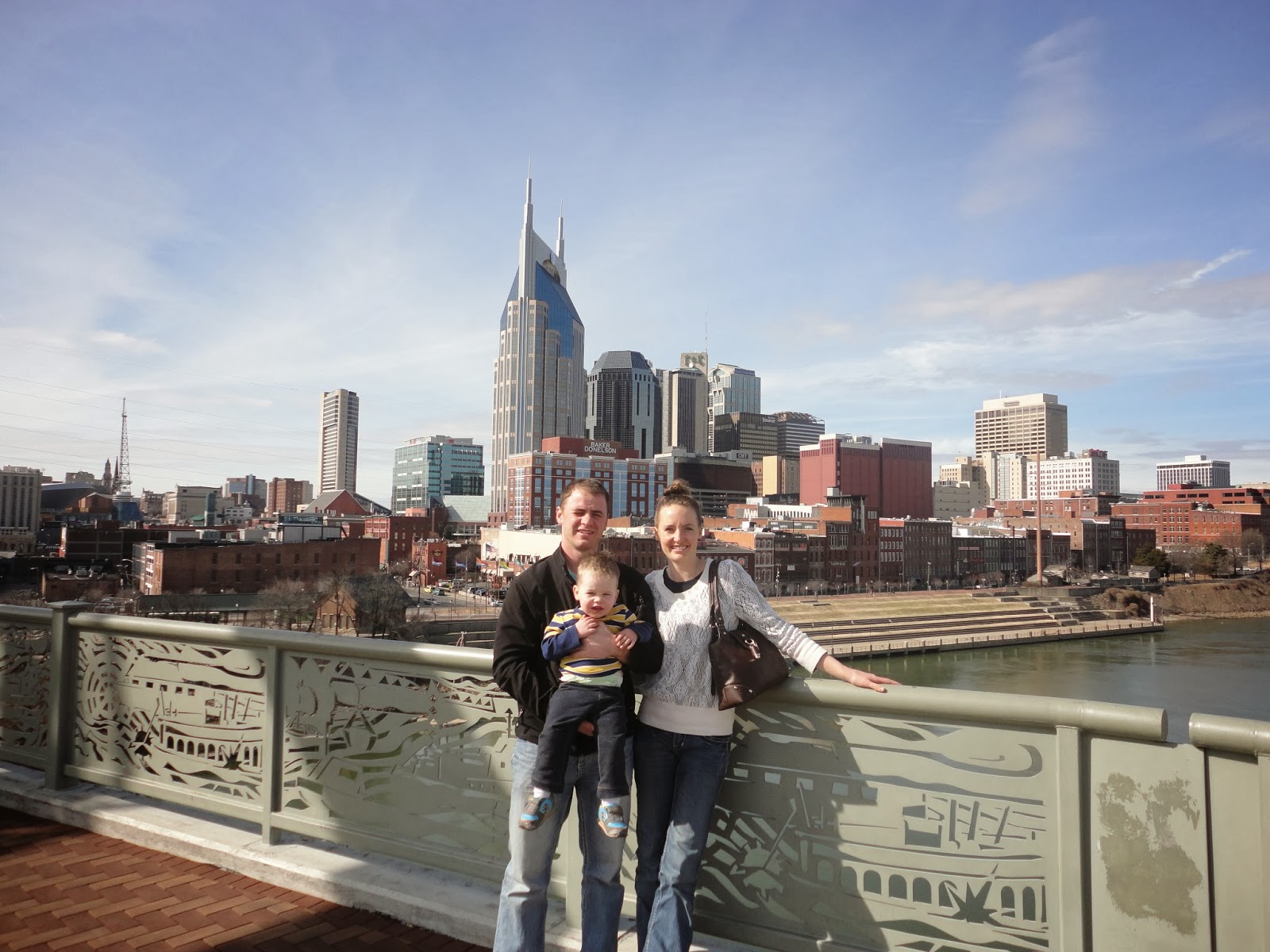 No that's not a skyscraper church, it's an AT&T building. 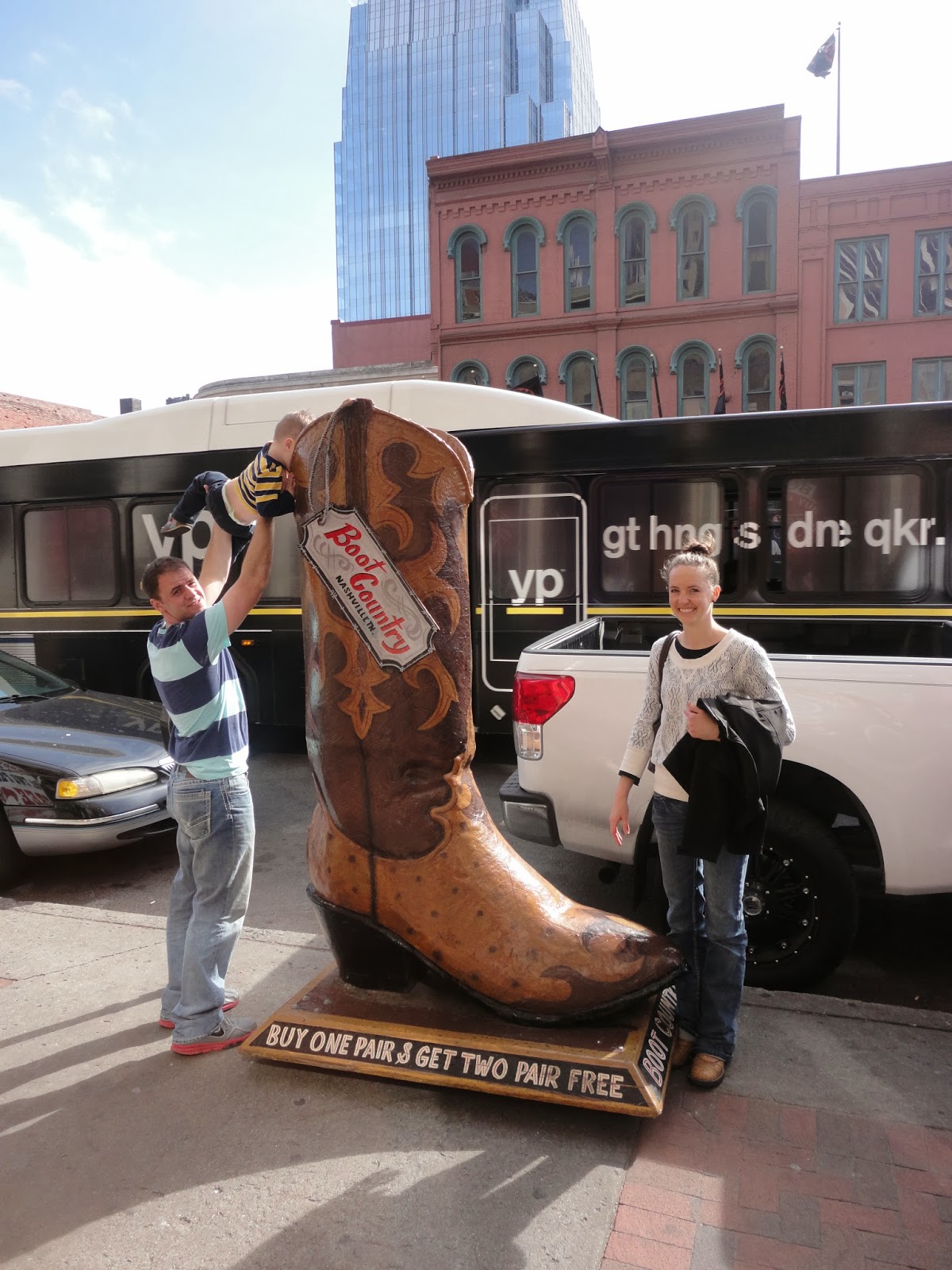 We went a little boot shopping and listened to some musicians on the street.
This is the Country Music Hall of Fame Museum which is suppose to look like a piano keyboard  -- can you see it? We then enjoyed lunch at the Hard Rock Cafe before the long journey home began.

Thanks for the fun Trevor and Keely.

We made it home by 11pm, just enough time to grab groceries in order to have food to eat for Sunday.
Justin and Me Samuel Justin Schmidt