February 06, 2014
My own son had a surgery before I did. We really didn't want him to have it unless it was for sure needed. After having fluid behind his ears for 6 or 7 months we finally did it. He looked so cute in the hospital giddup I snagged some pictures. They drugged him before going into surgery. It was weird and not fun seeing him all drugged up, but since having ear tubes put in his vocabulary has skyrocketed! 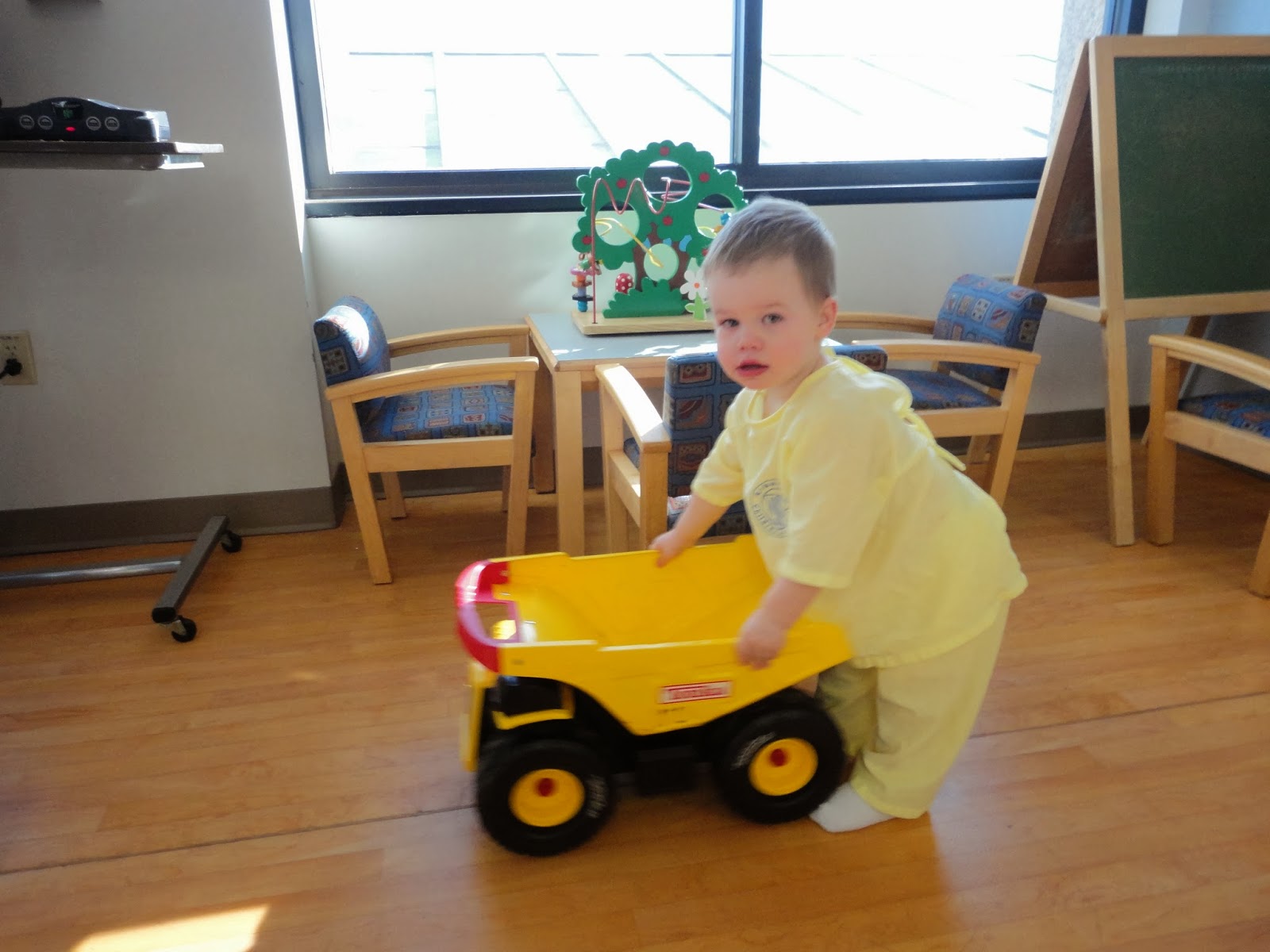 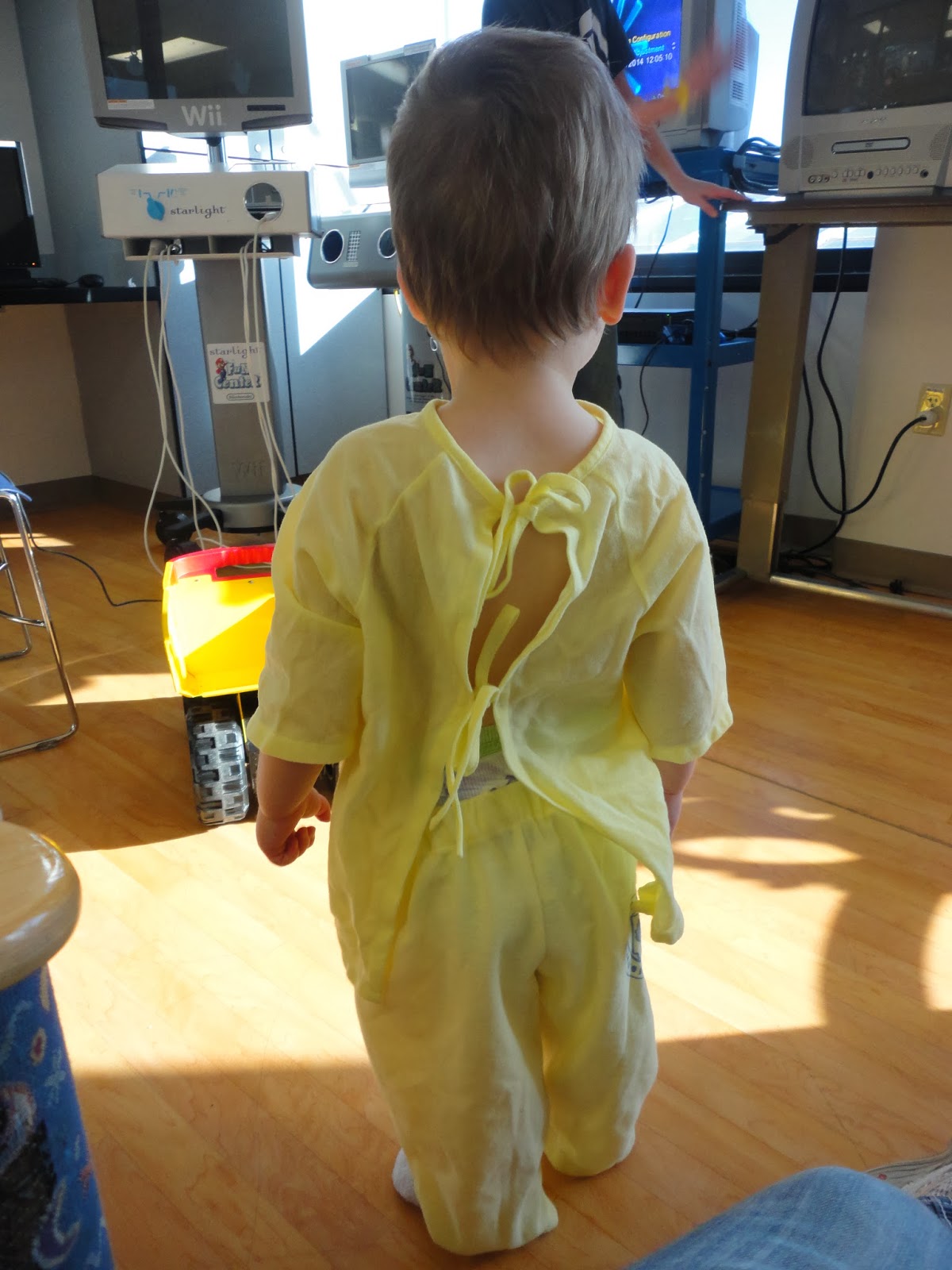 They had a fun toy room we were able to play in while waiting for the doctors. Sam was a champ through it all. When waking up from the general anesthesia they like them to drink something before leaving but Sam was mad and determined not to drink or even eat a popsicle before leaving. After 20 minutes of crying the doctor and anesthesiologist said, "Take him home" After coming home and taking a nap he was back to normal.

While I was out in the waiting room during the actual surgery I had the "what if" thoughts. Thankfully I had a friend, Julia, who's daughter went through this surgery. She was sending me encouraging and comforting texts. Thanks Julia. I also called Justin who was praying at home for Sam too.This is the smallest and most frequent surgery on kids, which had me really feeling for parents whose kids go through more and worse surgeries. My heart goes out to them.