Sam and I spent December 17th through January 8th in Utah and Justin joined us December 23rd to January 2nd.  It was fun to be with family - people who we love and respect. We are so blessed to have such wonderful family. We really tried to soak it in because most likely we will not be in Utah next Christmas.

Here are a few pictures and details of our fun time in Utah.Yes, Sam's schedule went out the window but what a good time!

We had our first night with the Schmidts. Sam and I then headed up to Tremonton. Sam remembered where Grandma and Grandpa's toys were. He went straight to the cupboard. Sam remembered a lot more than I thought he would. Everyone was pleasantly surprised when his face lit up and he was ready to give them a hug at the first visit.

We took a ride with Grandpa and Grandma Barfuss in a Semi or Big Truck. Sam really enjoyed it. Often when he sees a semi he says Grandpa. We drove to West Jordan where we picked up a load of dairy leftovers (can't remember what they call it) then drove back to Tremonton. Grandpa dropped us off and continued on to the final destination somewhere in Idaho. 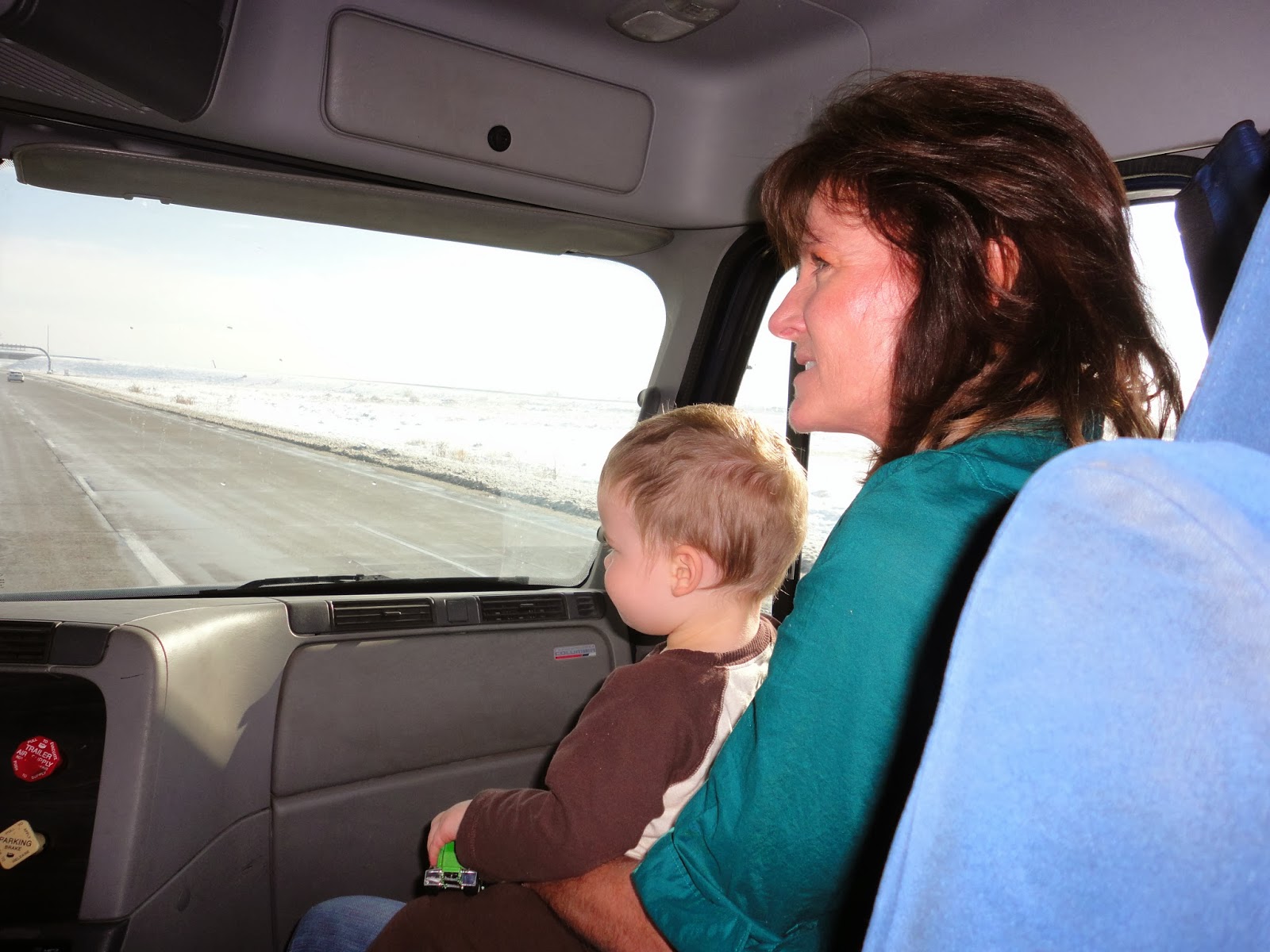 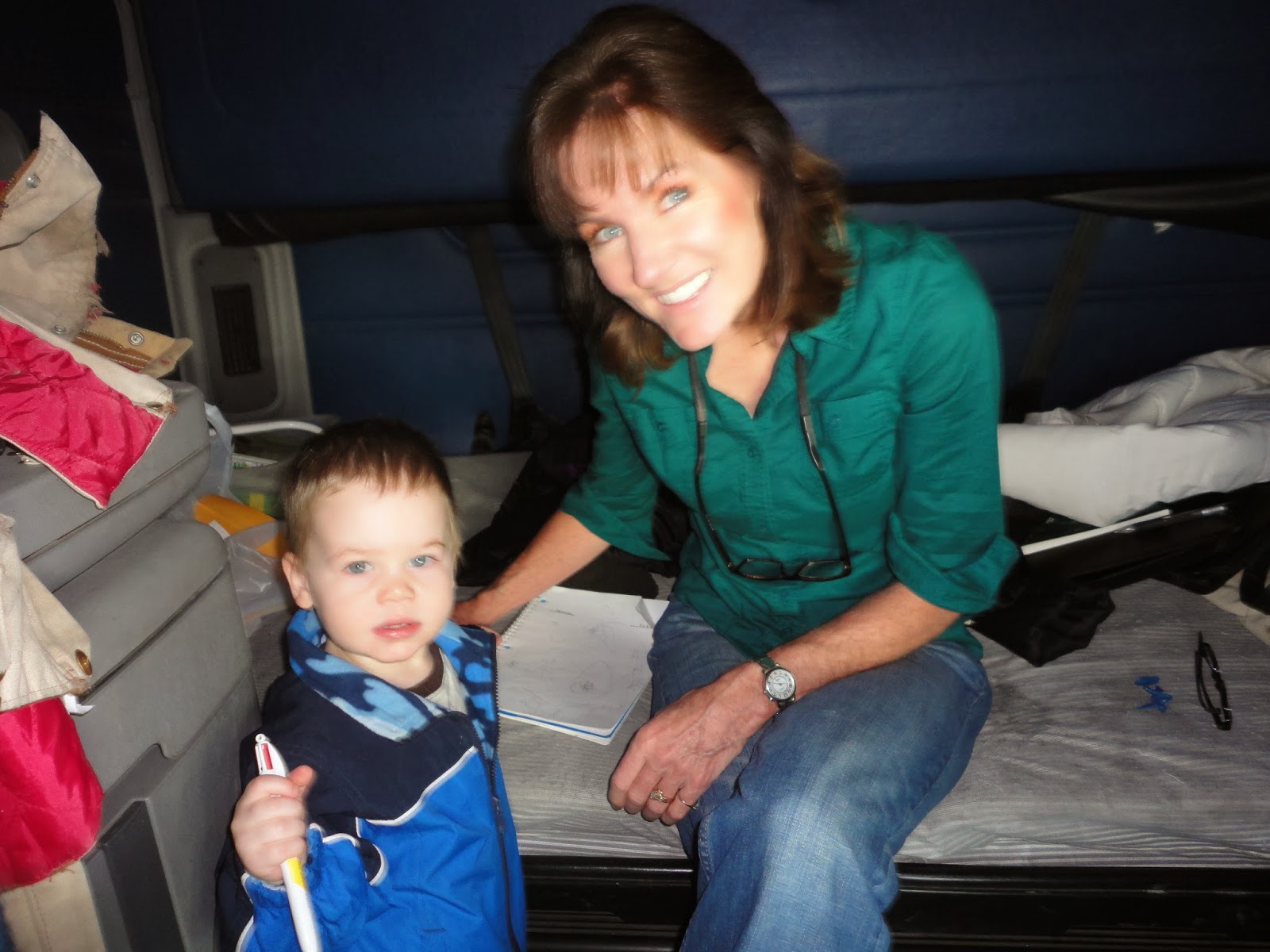 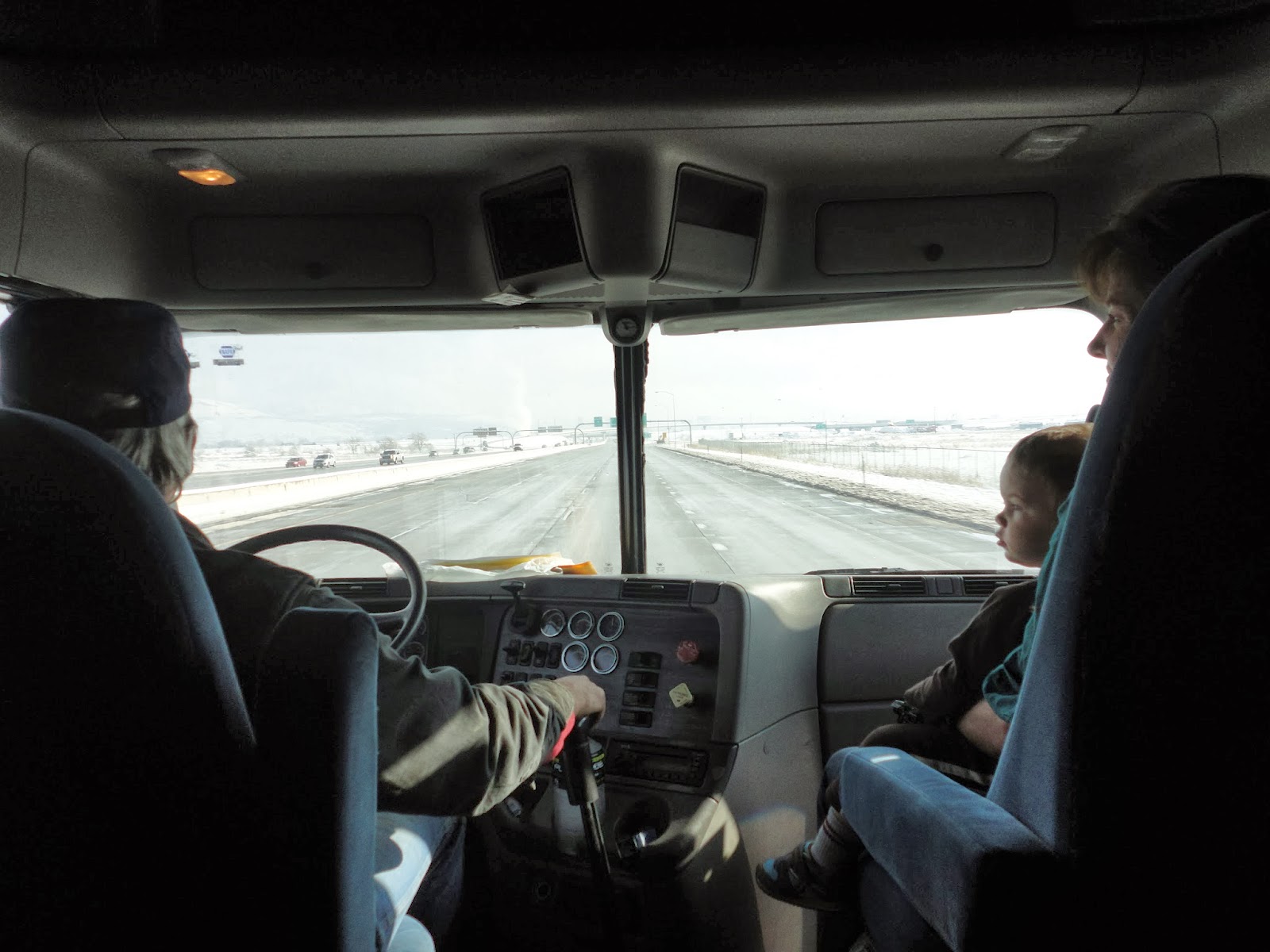 Sam got to sit in the driver's seat while they loaded up the truck. He thought that was pretty neat.

And he loved the view! Being up so high with big windows. He also liked being able to move around and play with toys too. I'm scared he won't like the car ride in his car seat much anymore. 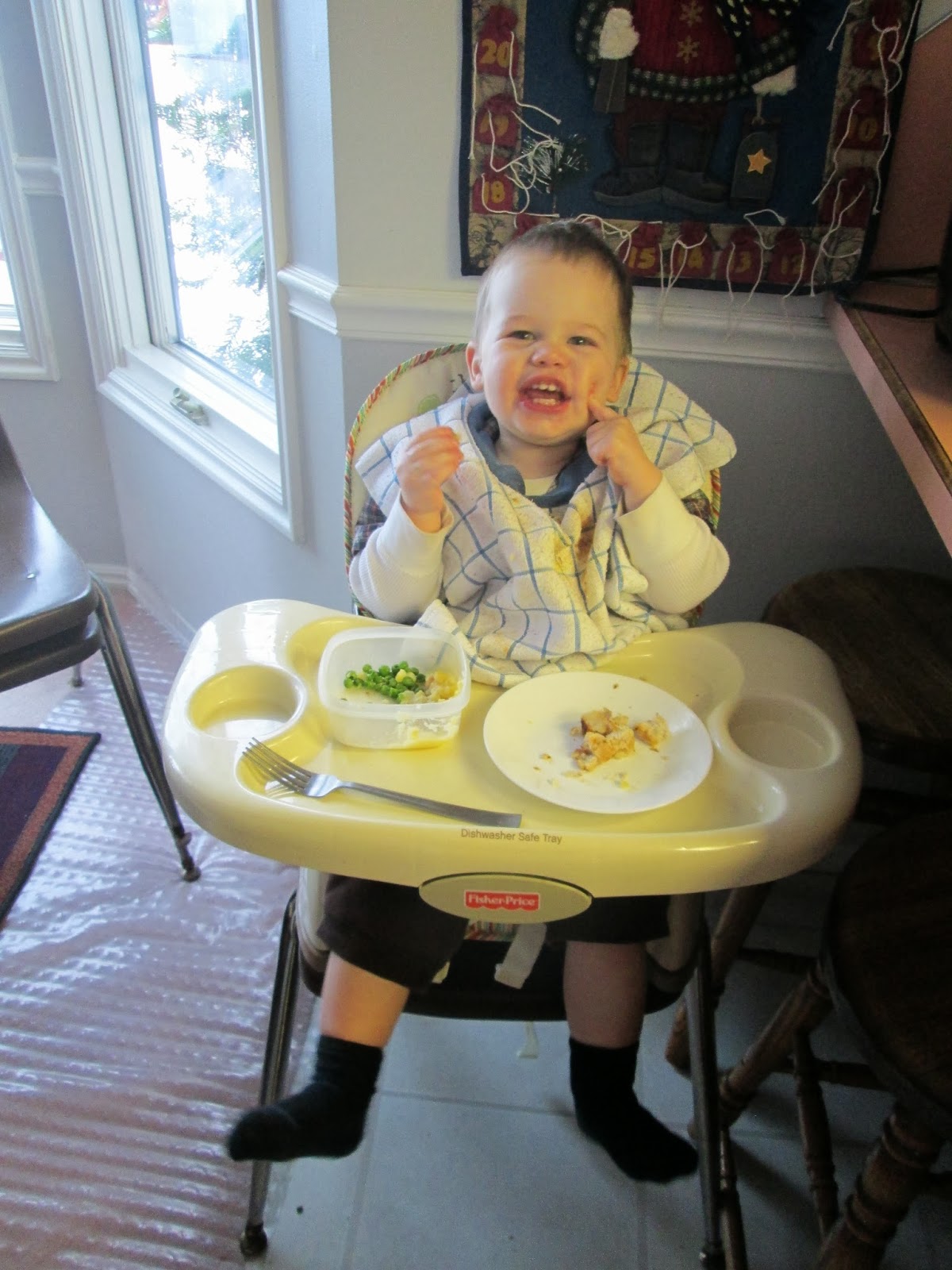 We went to the Schmidts on the 23rd in time to pick Justin up from the airport. The next day Mark and Melanie organized sledding. It ended up just being us, Grandma Schmidt, and Mark and Melanie's family - but we had a blast! Living in Arkansas we don't get much snow and when we do it's more like ice. So I was extra glad we got some Utah snow fun! 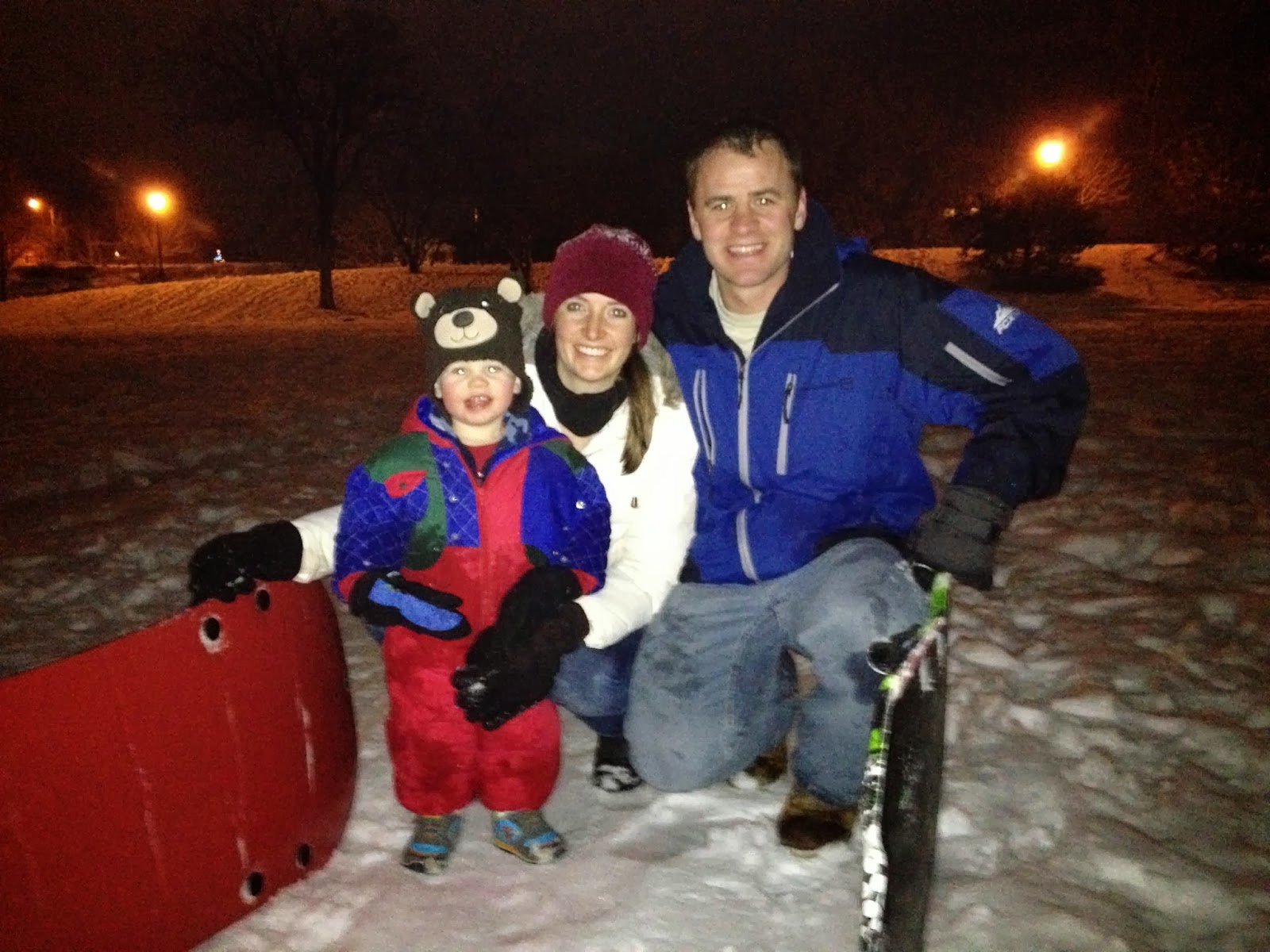 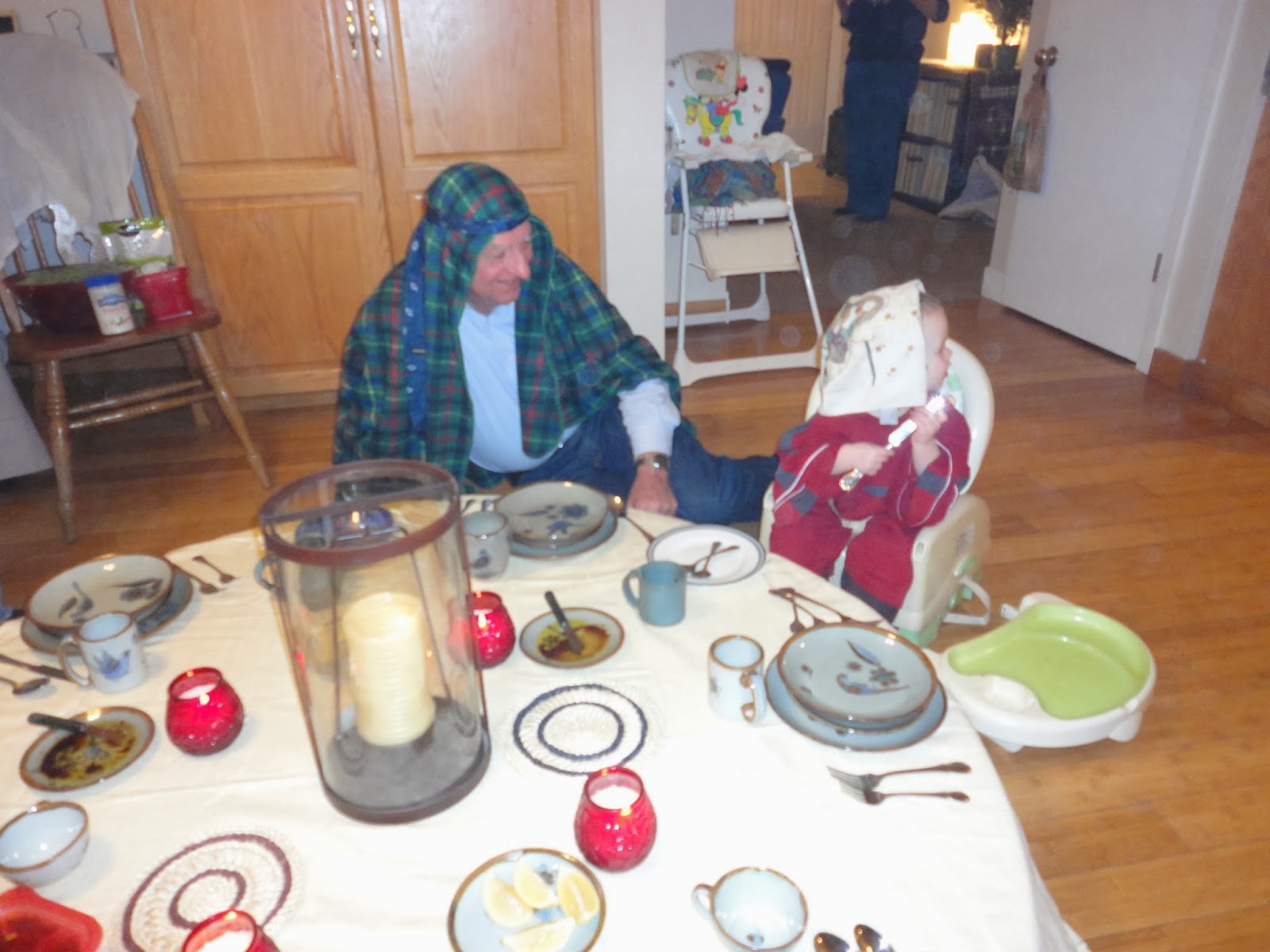 Mark and Melanie invited us over for Christmas Eve, Jerusalem style. Here is Grandpa and Sam dressed for the occasion. And yes we ate sitting on the ground. It was a delicious dinner and so cool! We ate, then sang songs while Sam, Brandon and Lillian danced - which ended up being a kick, fall down, scream thing. We got some good videos!

That night we helped Sam hang up his stocking and told him how it would be filled by Santa. The next morning we reminded him and helped him get the stocking down. He was quite happy with one candy, wanting his dad to open it right away. We convinced him to wait until breakfast and tried to get him to see what else Santa had put in there.
We then headed over to the Anderson's for Christmas breakfast. 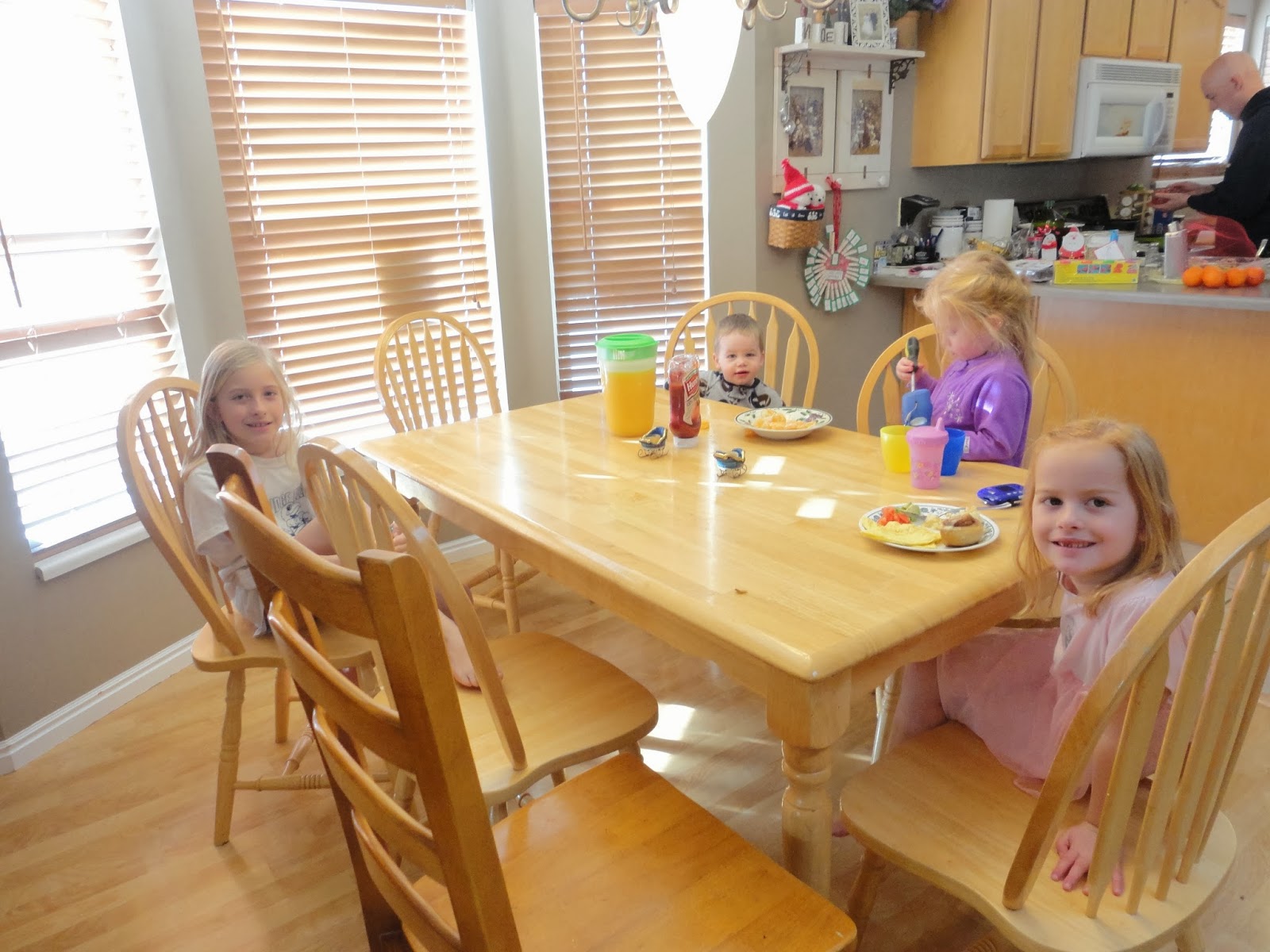 Elsie, Emma, Hazel, and Sam enjoying their breakfast - it was a breakfast of champions! 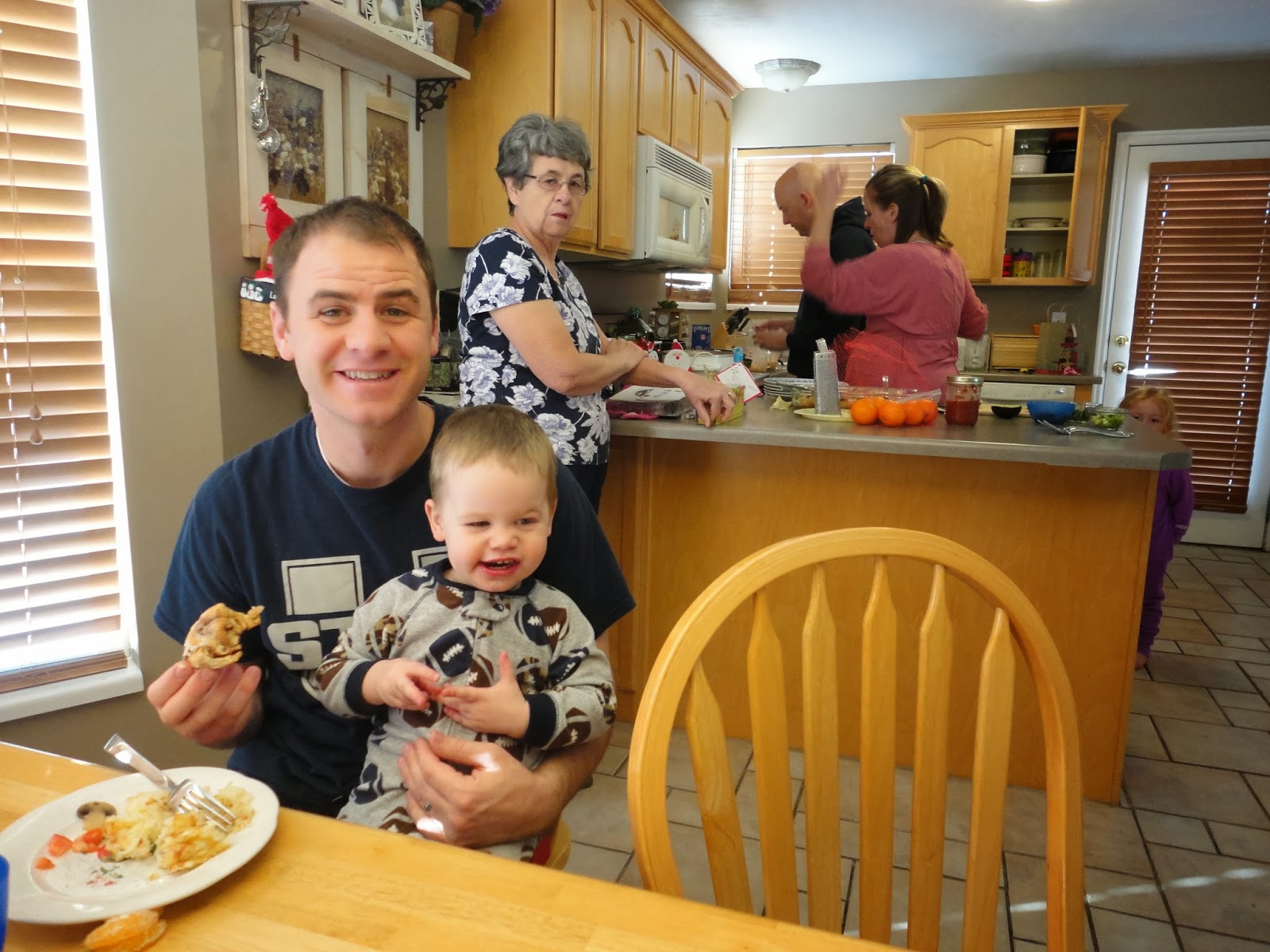 We couldn't hit all the parties but tried our best - here are a few pictures from ones we missed I snagged from my mom:

Had a party with my siblings 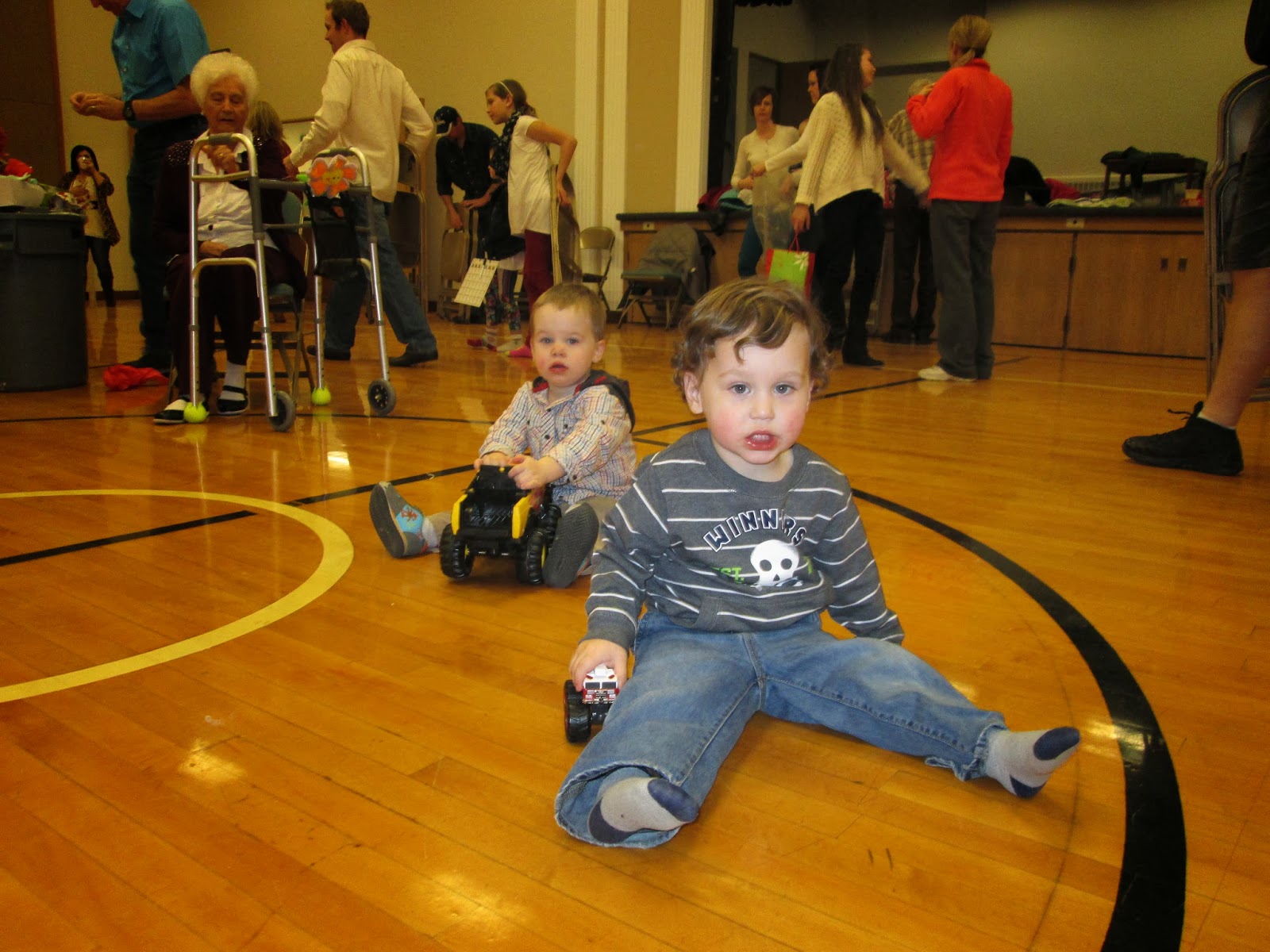 And hit the Keith and Cleo Barfuss' Christmas party. Sam and Wyatt playing with trucks to help the time go by while the adults did the white elephant exchange

Uncle Justin getting a good work out catching

Sam's jumps for as long as he would keep catching him. 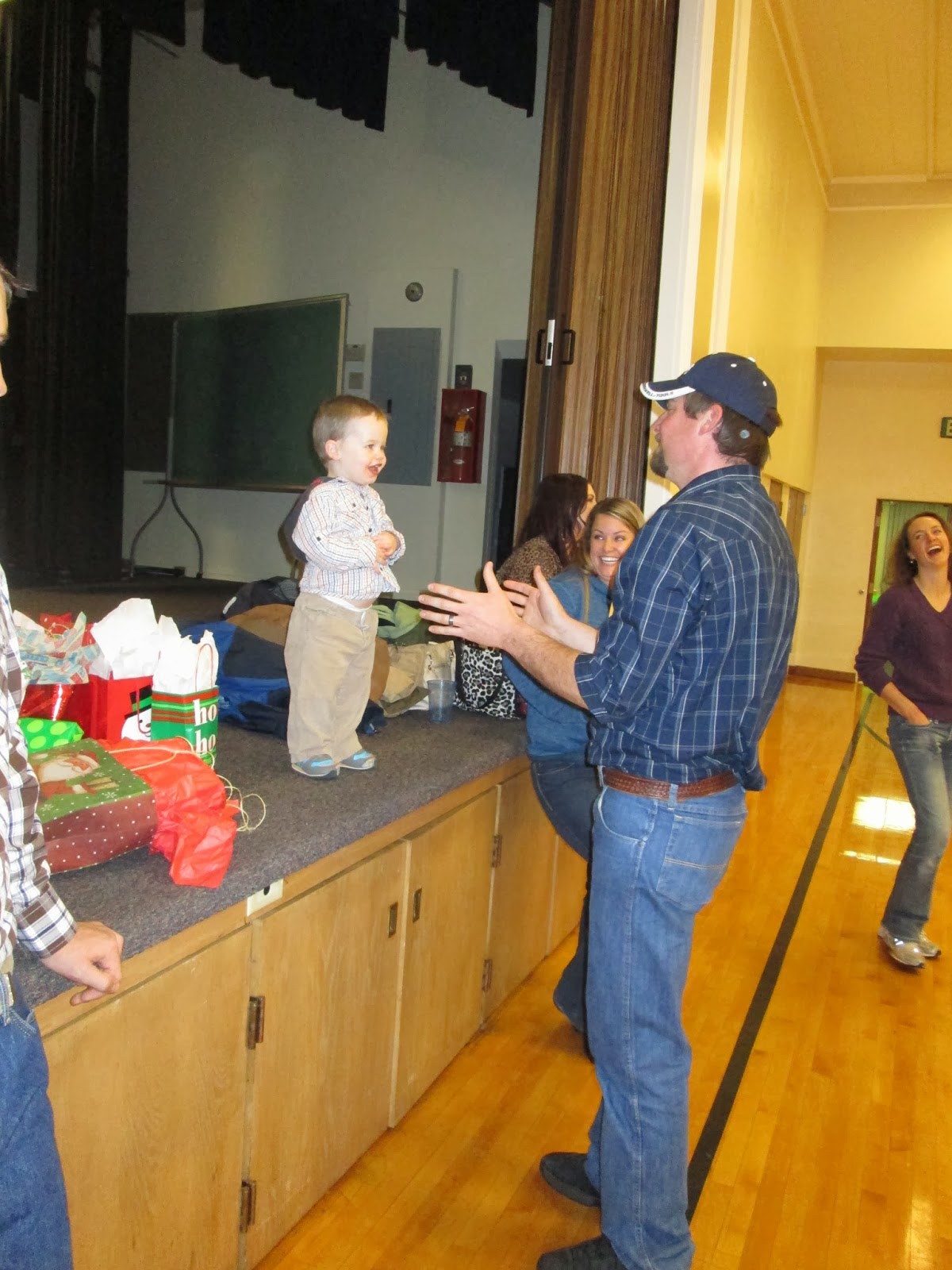 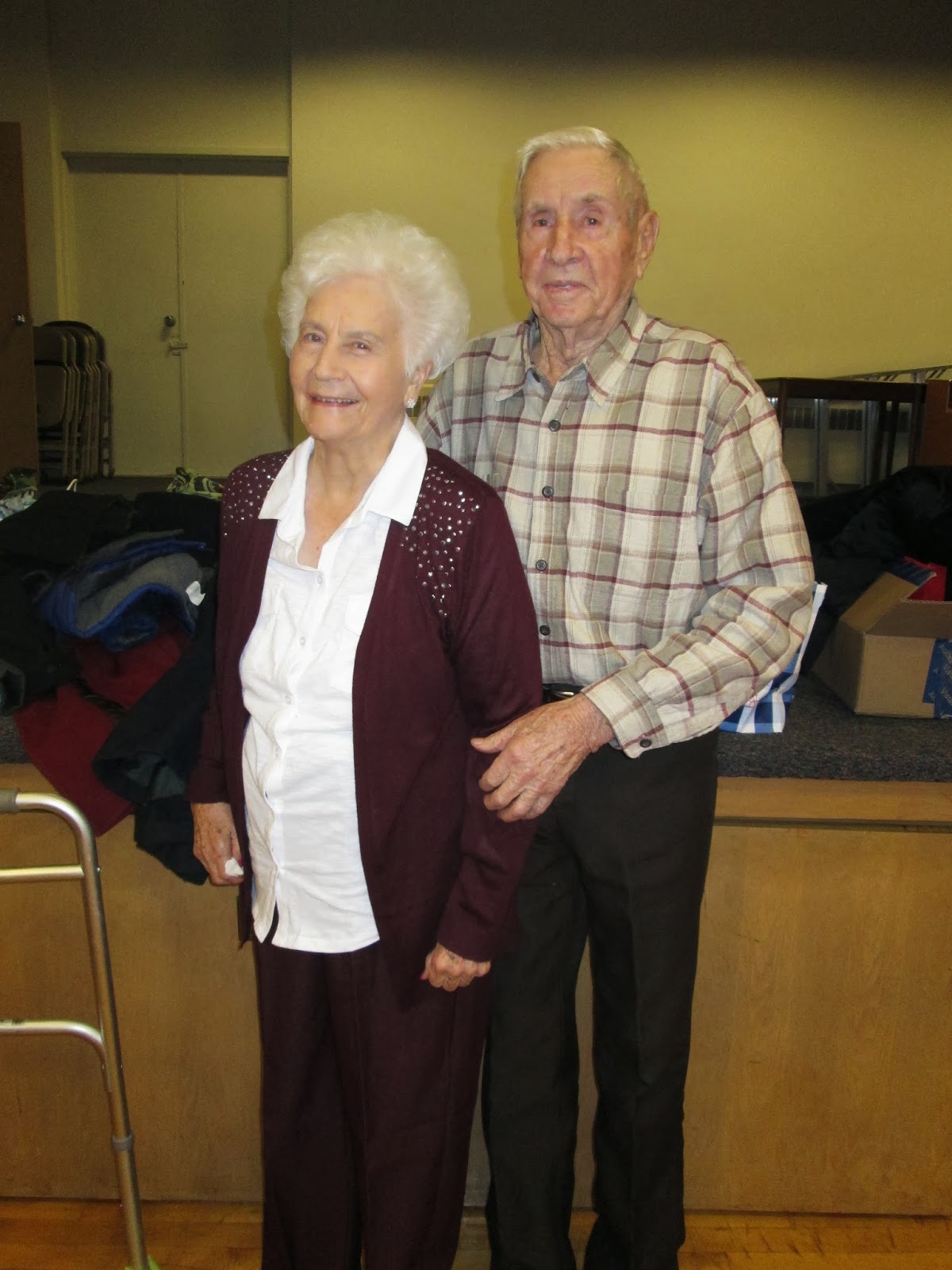 We did get a basketball game in before the party and a little after too. 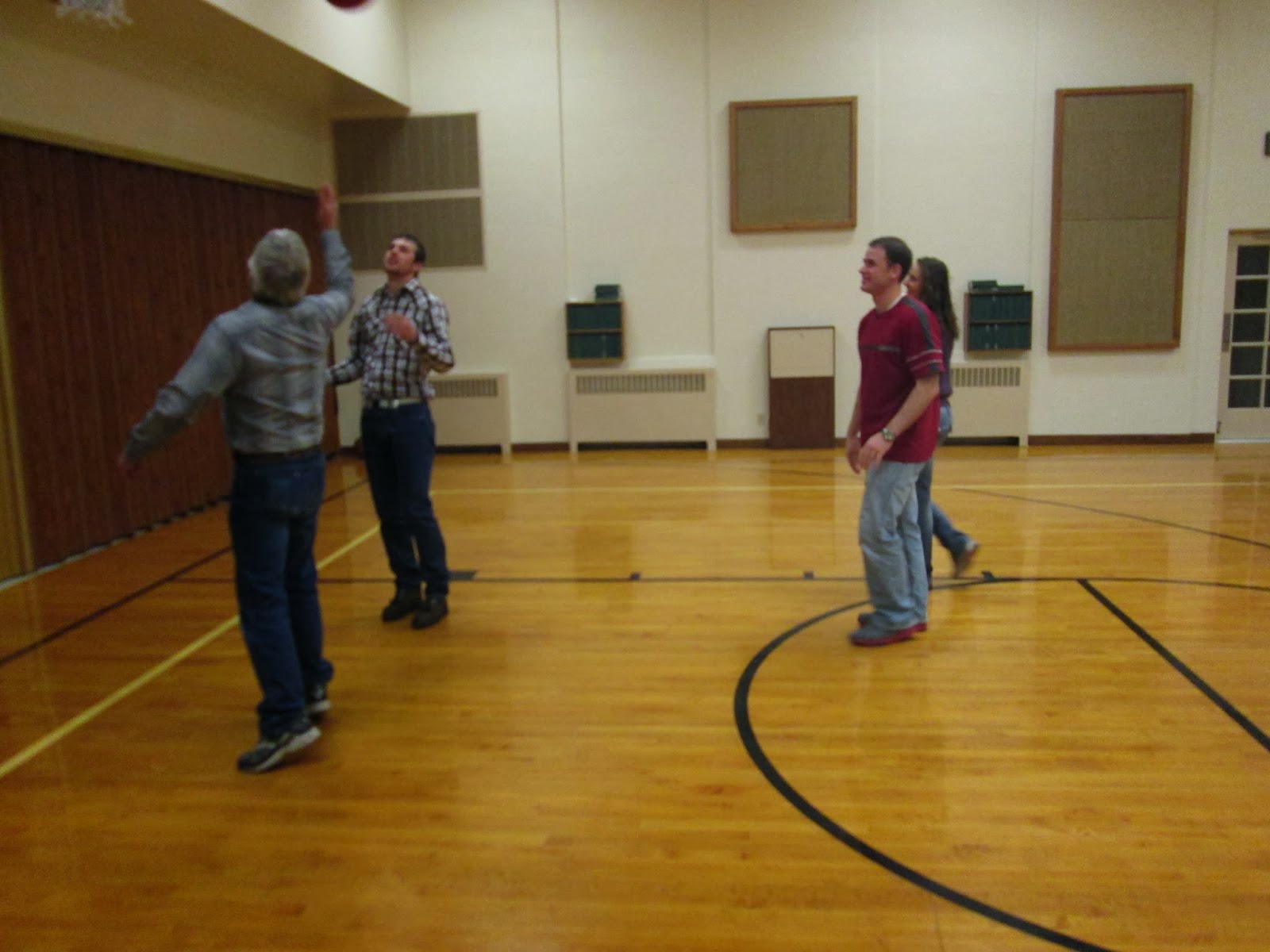 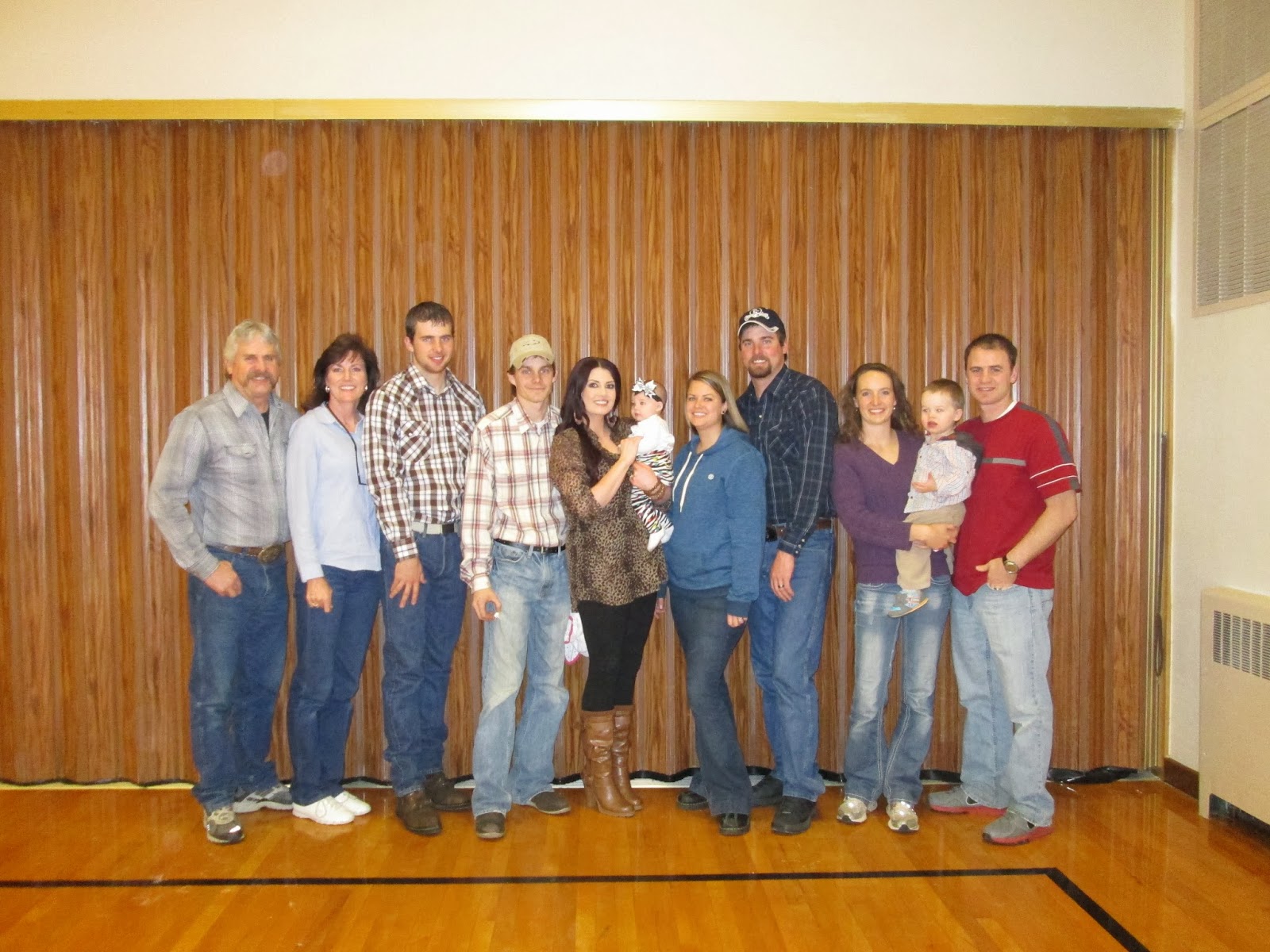 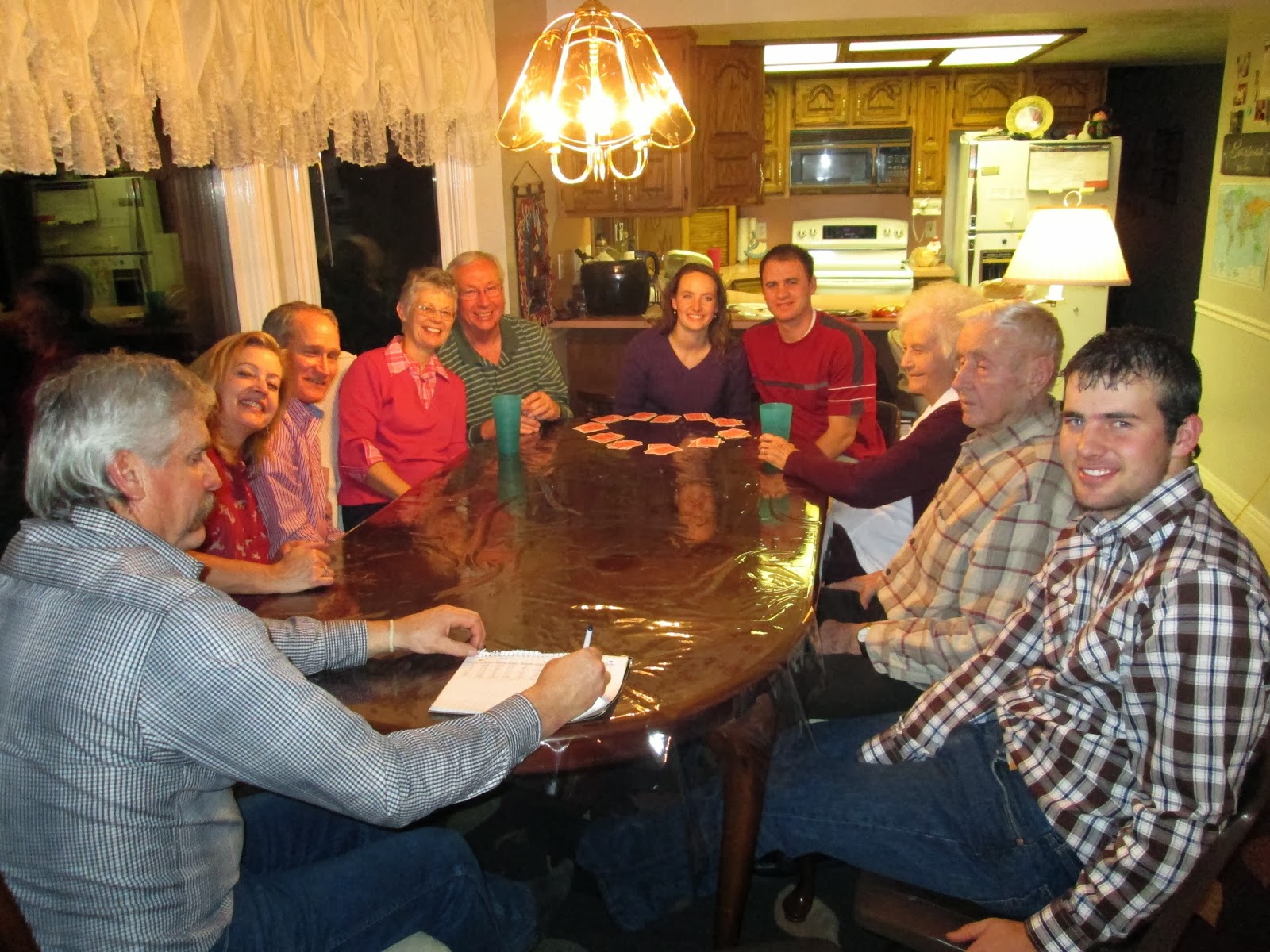 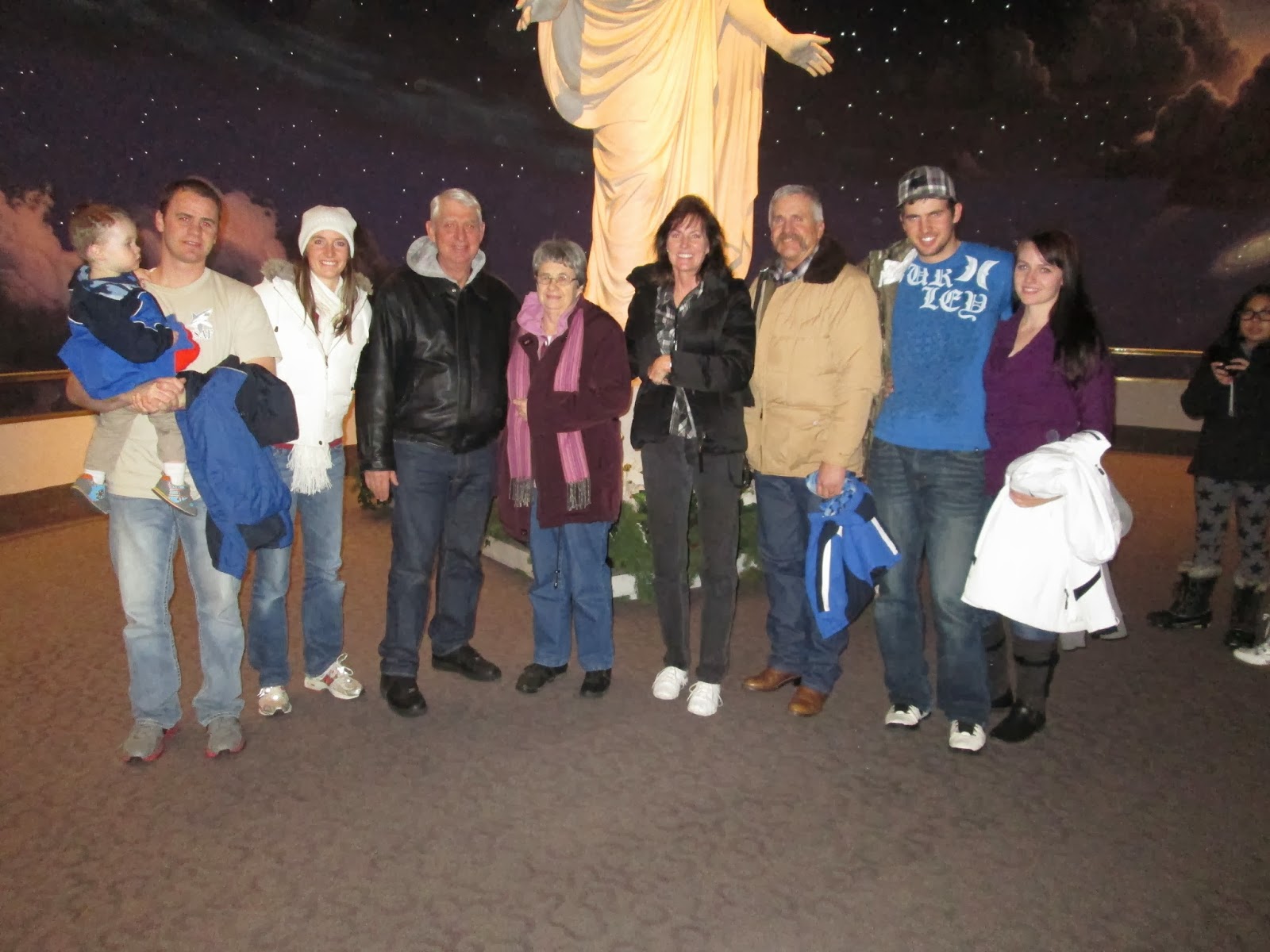 We attended the Henry Schmidt Christmas party the next day with the Schmidts. Spent Saturday there and then met up with the Barfuss' for the temple square. We saw the Christus, lights and the Joseph Smith movie. Sam was an angel during all of it. He wanted more of the Christus. Jesus and him are real close. :) 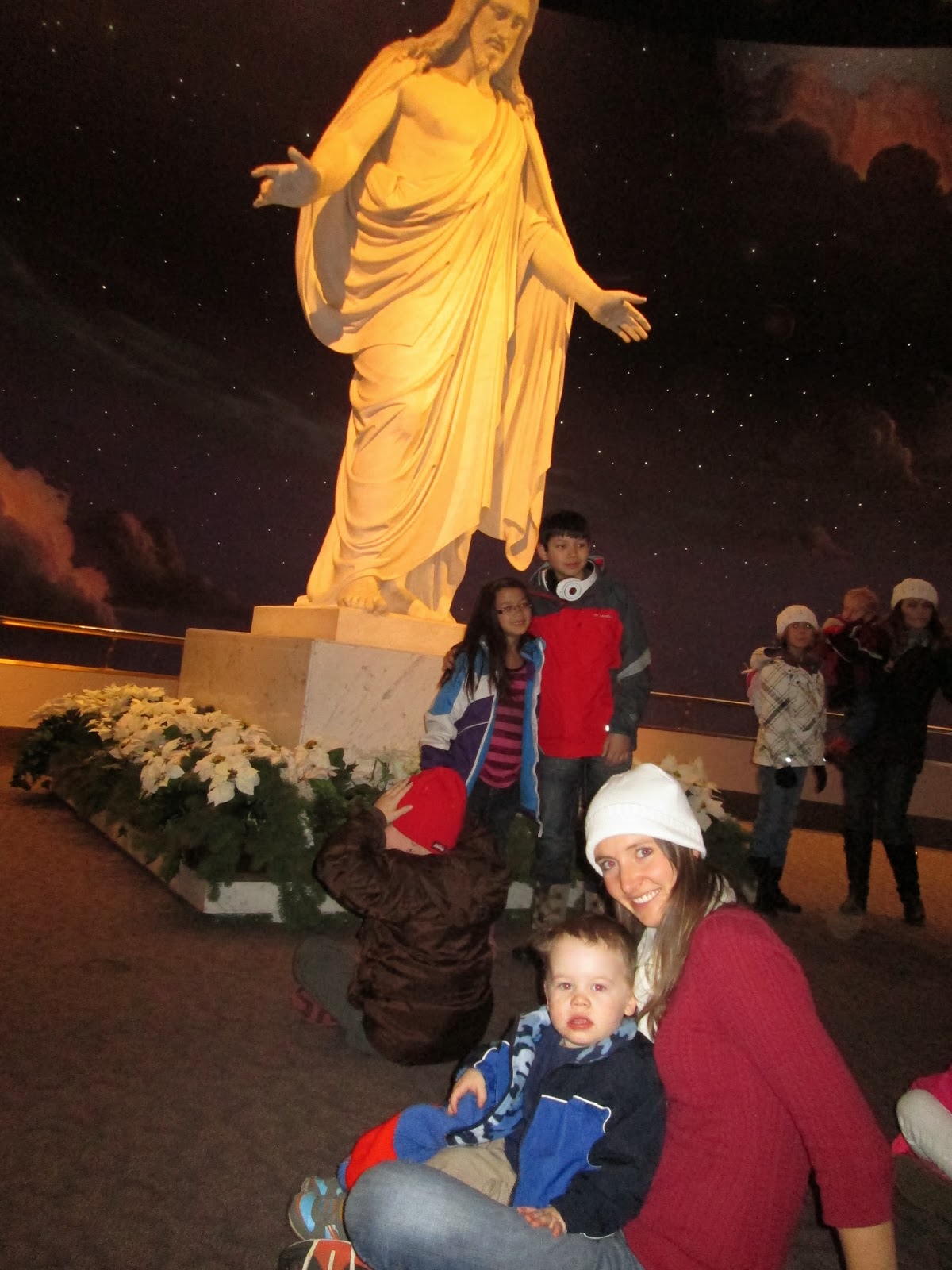 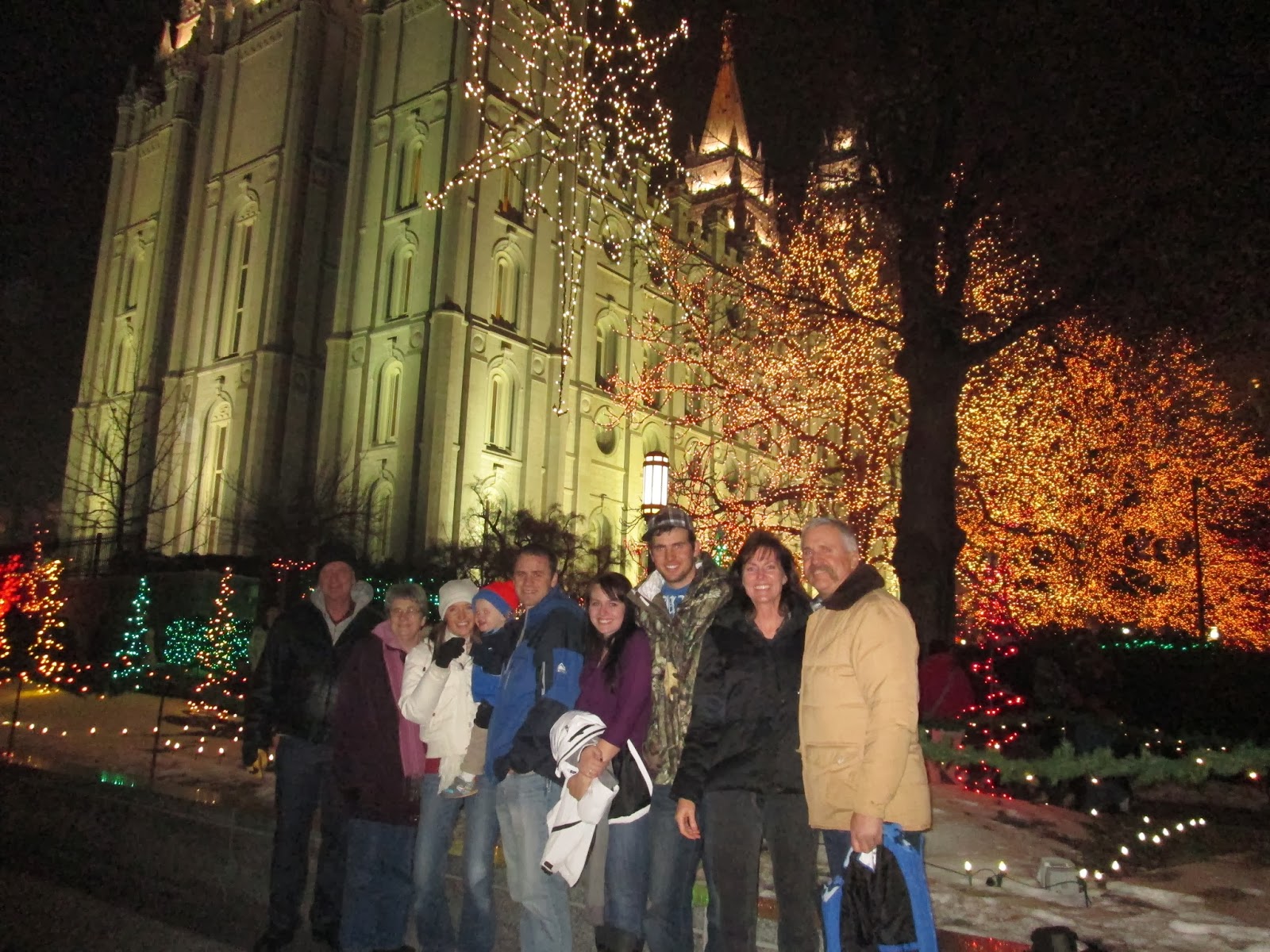 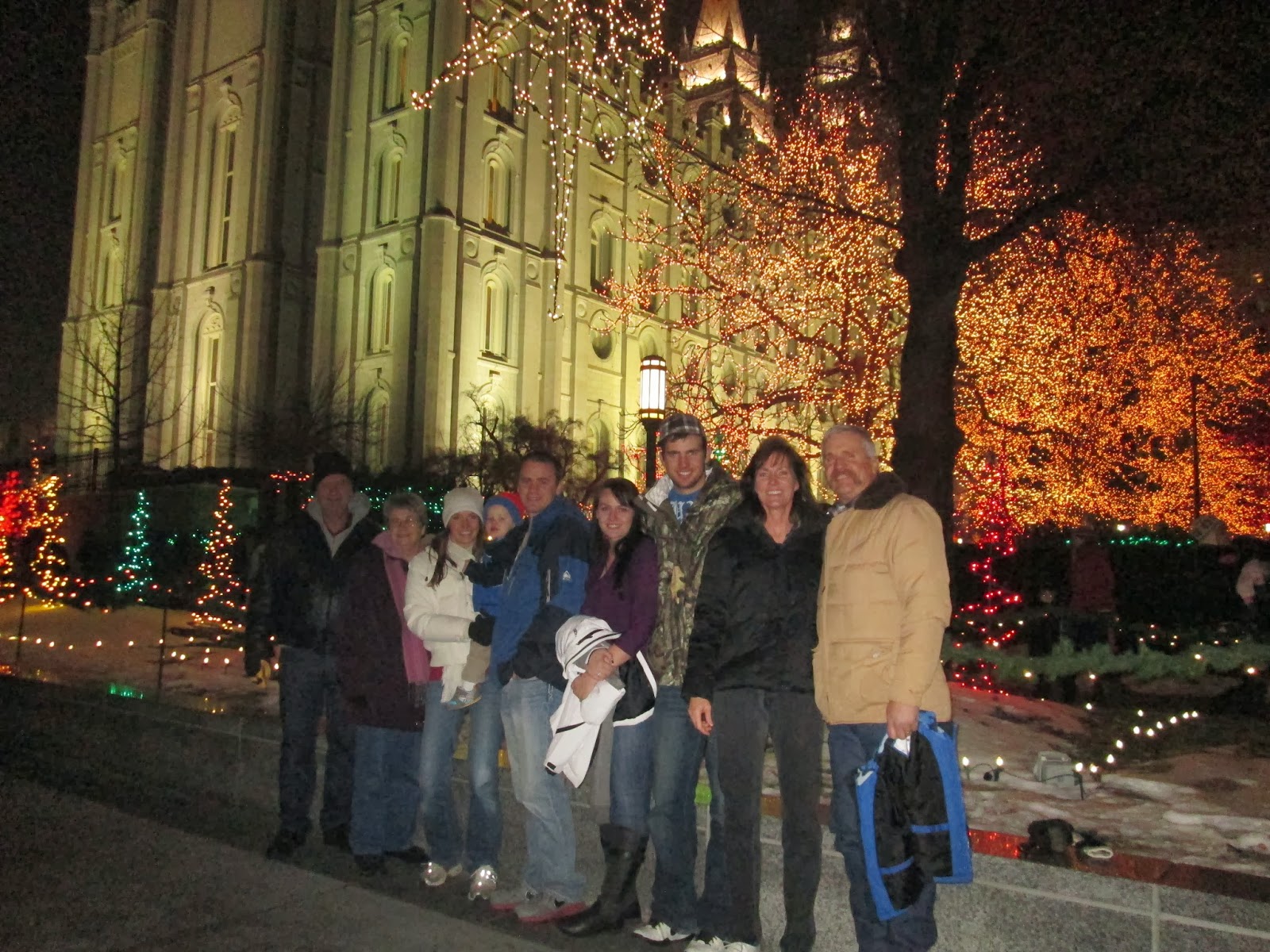 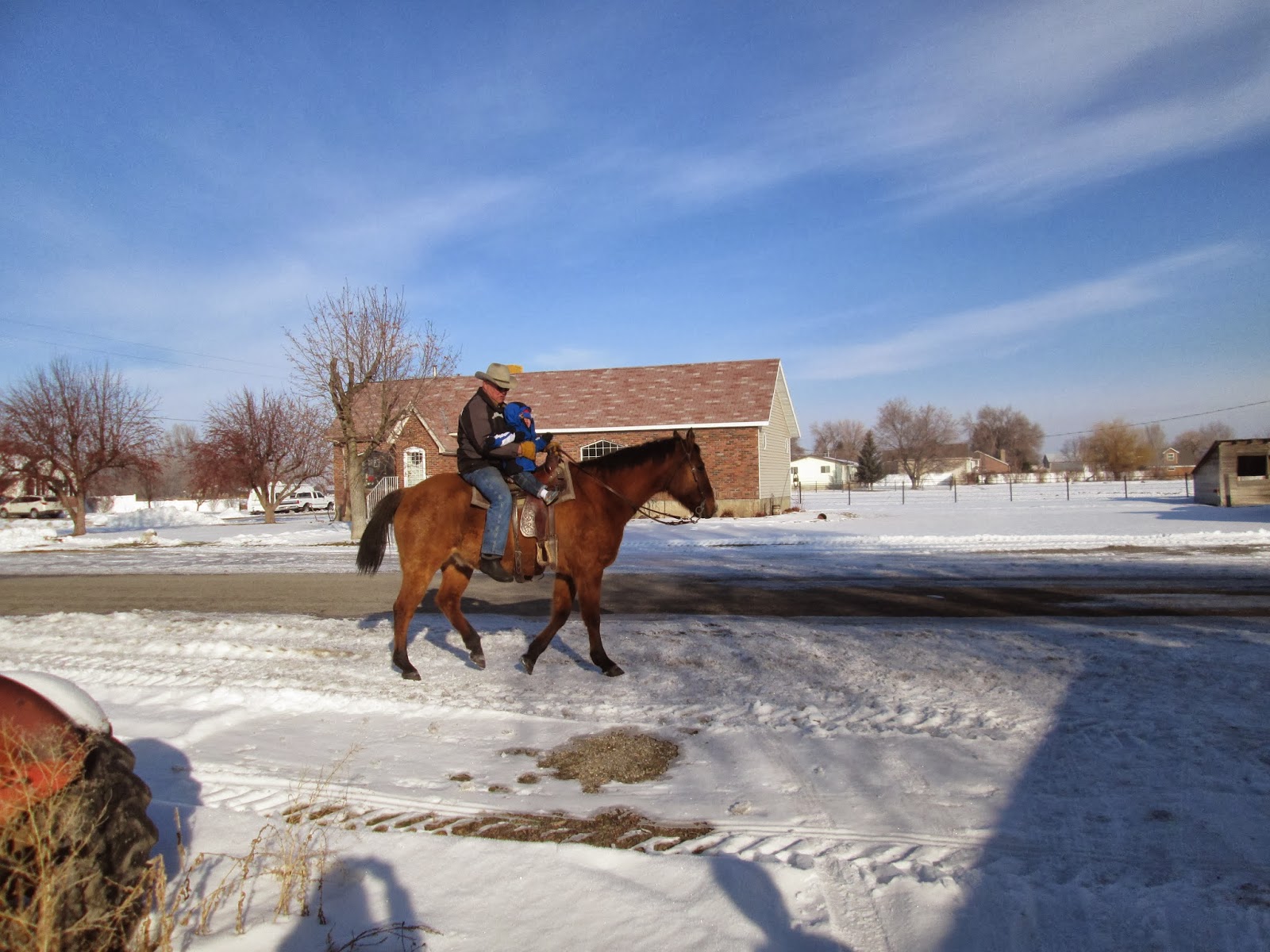 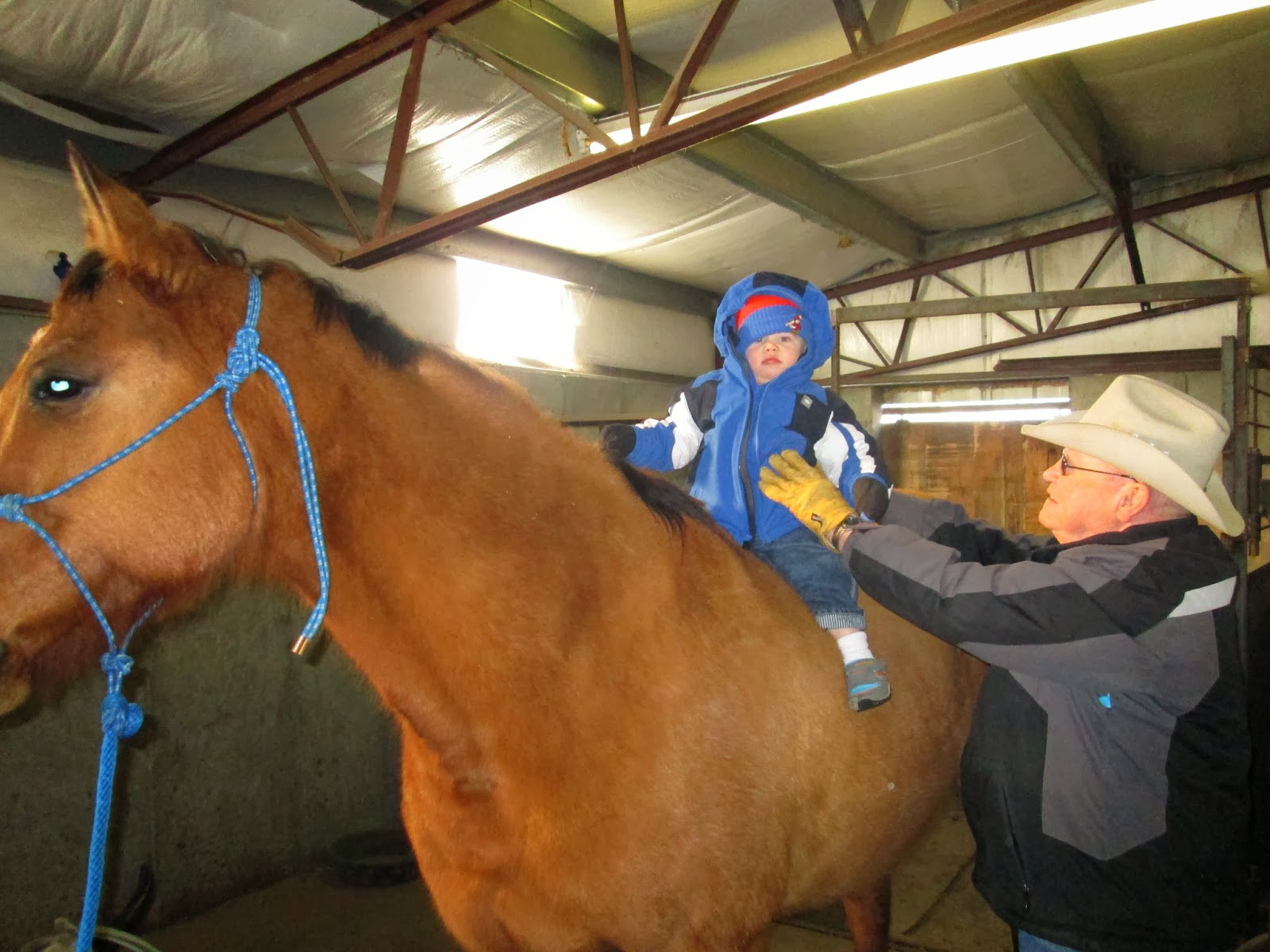 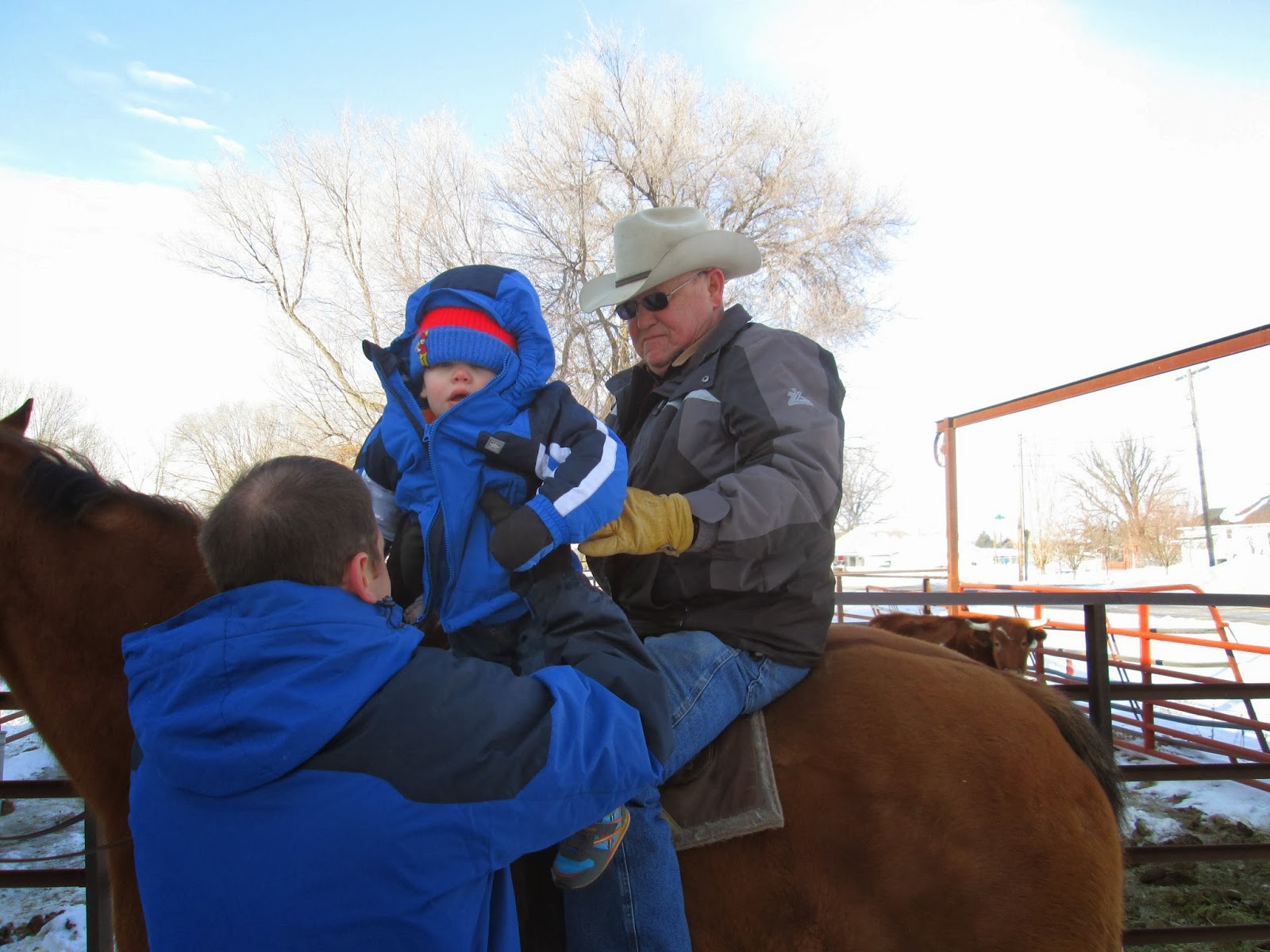 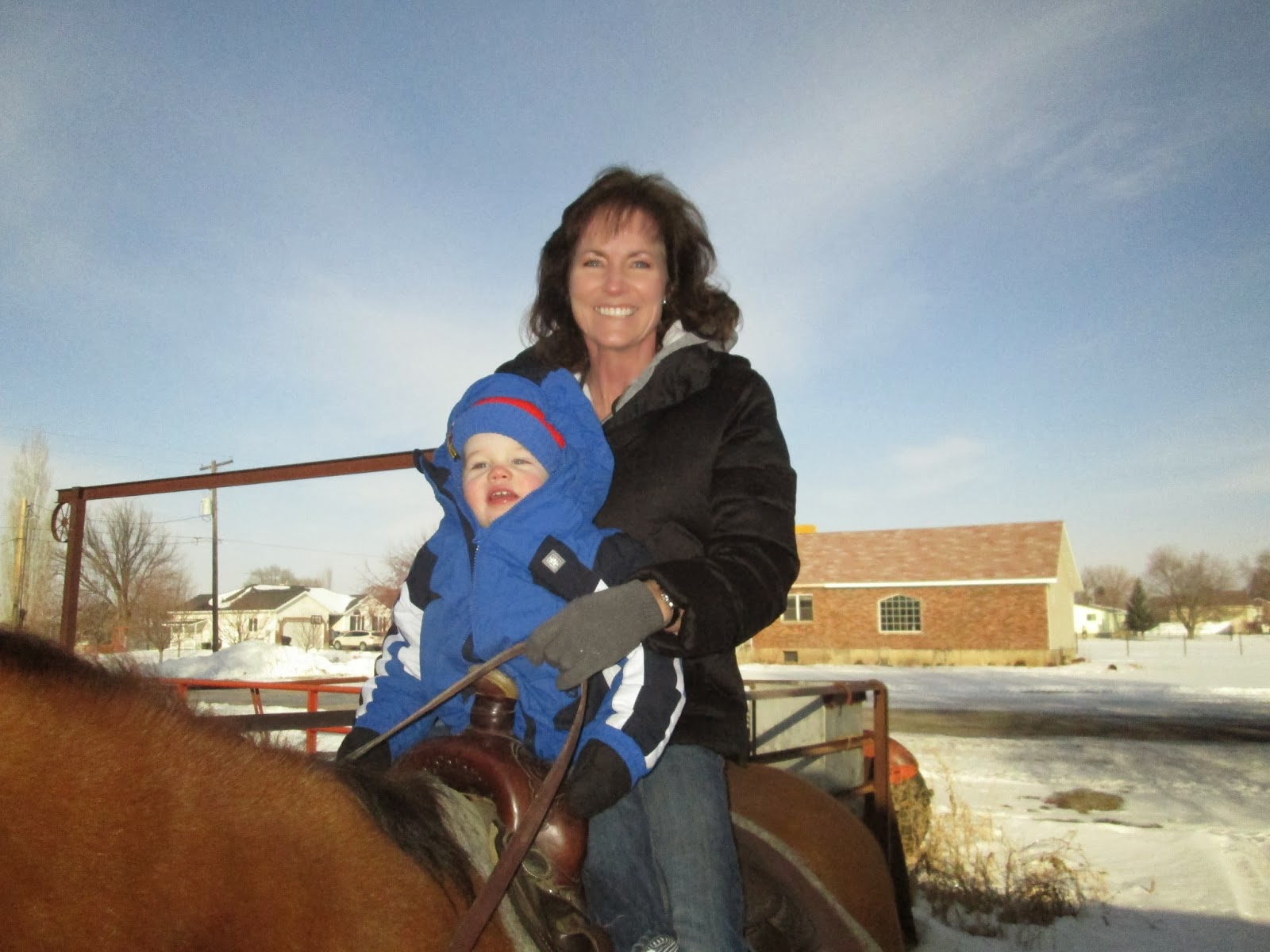 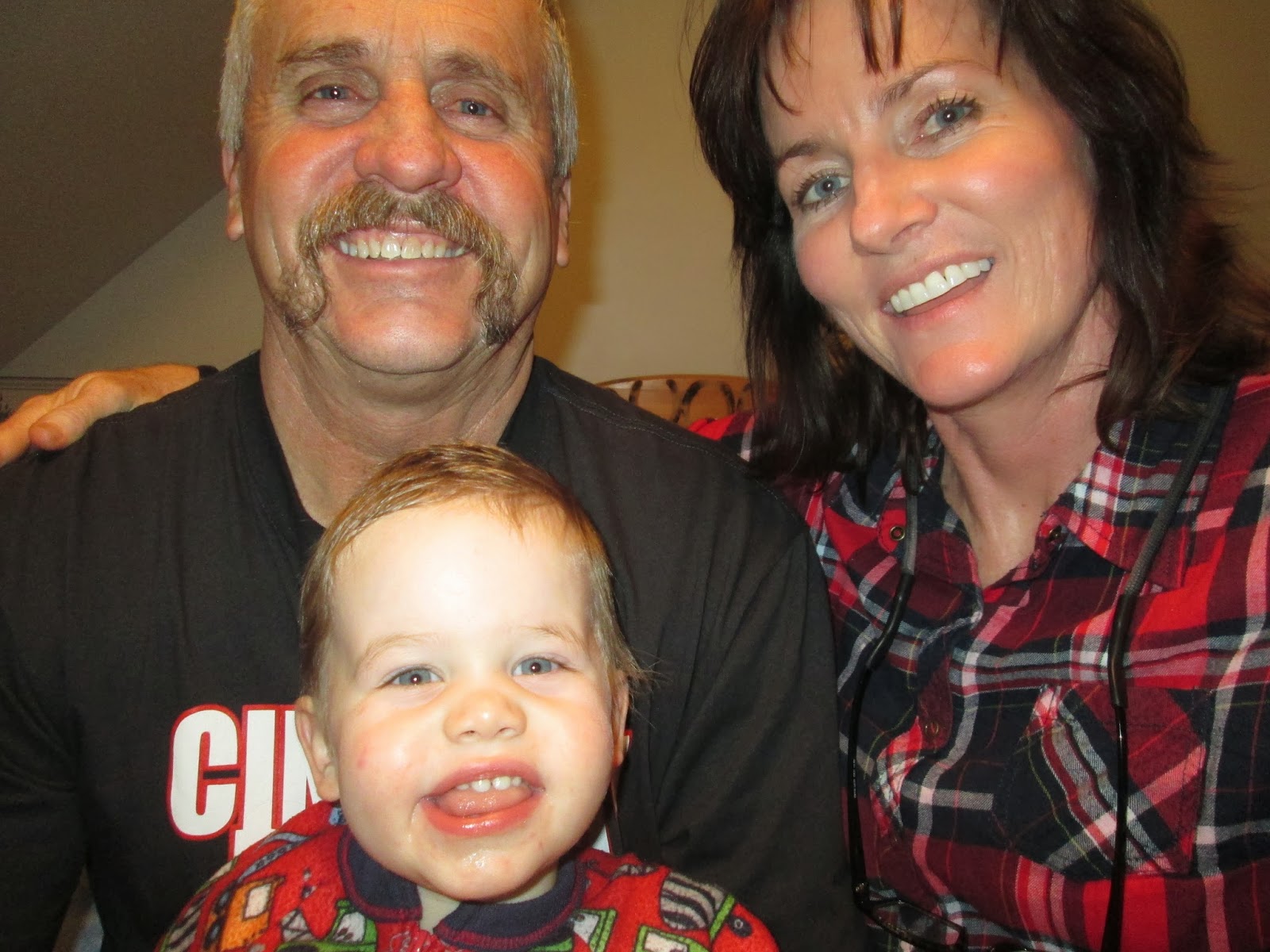 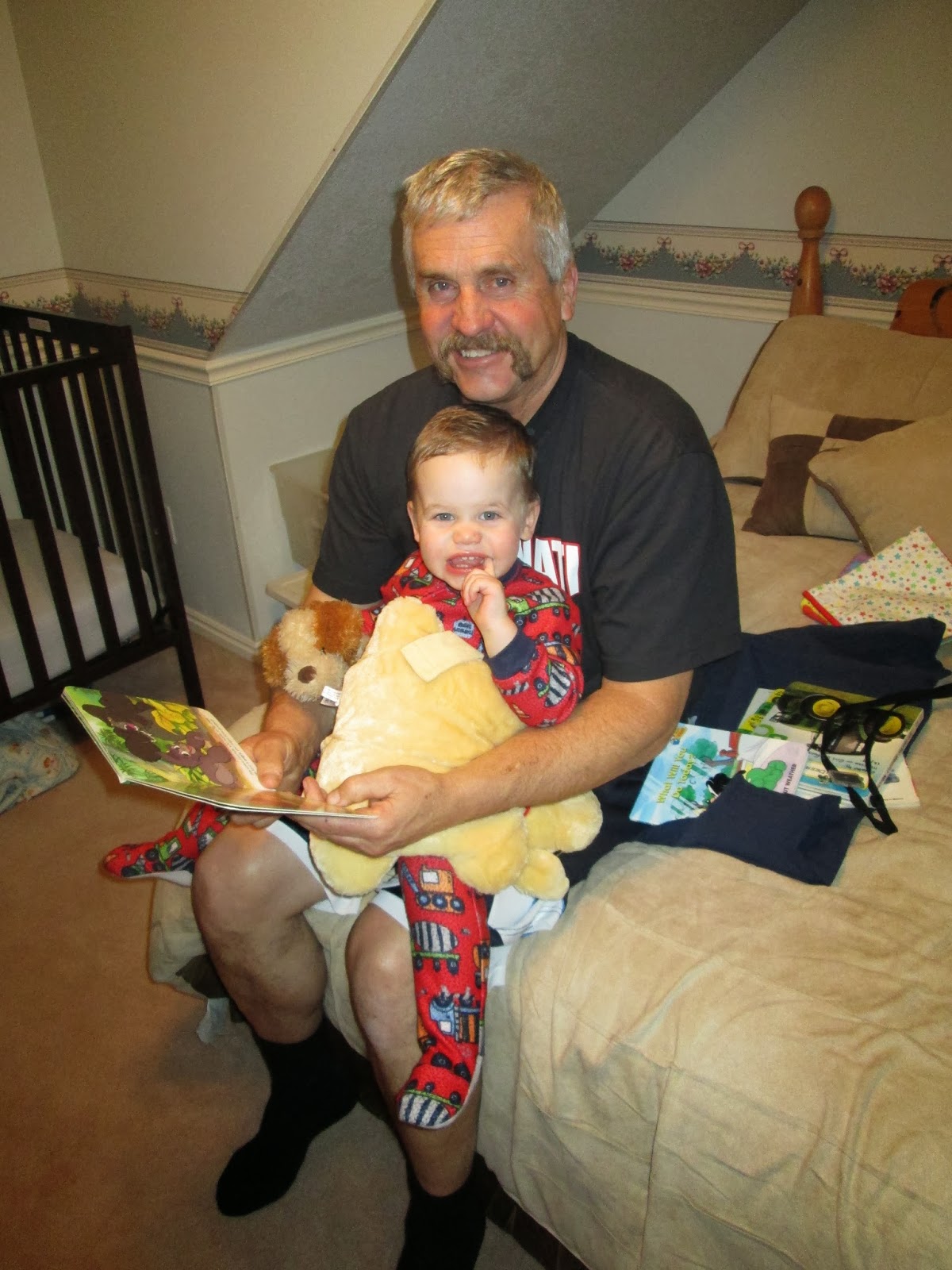 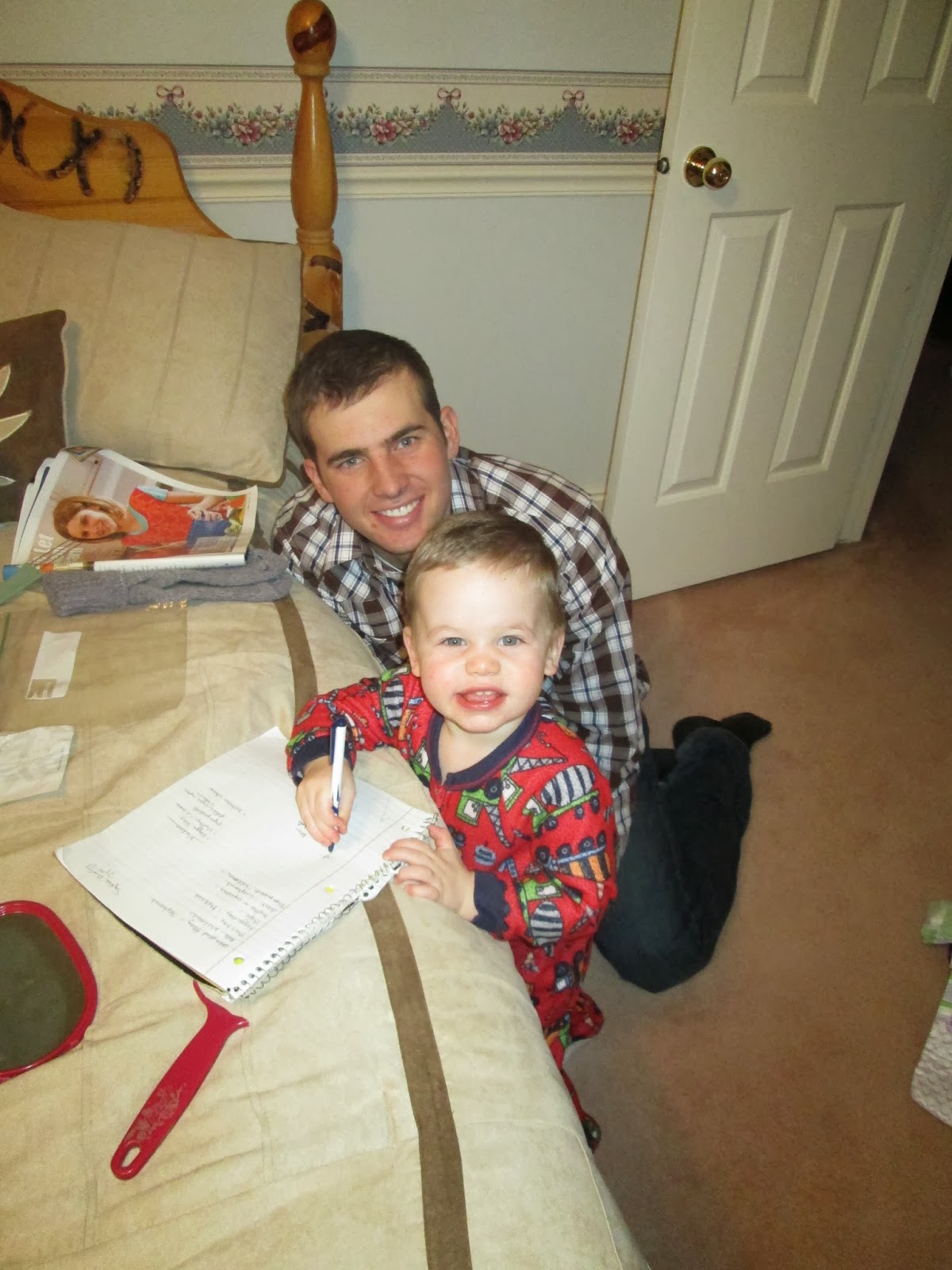 For the New Year, Grandma and Grandpa Schmidt had a party. With the kids it ended at 10:30 so Justin and I enjoyed a movie after. The next night we had a family dinner with all the Schmidts at Sweet Tomatoes. It's always fun to gather with the family. After Justin left, Grandma Schmidt and I prepared for Laura's shower. Laura is due to have a boy January 20th! It turned out good.
We did make it up to Tremonton for another horse ride.

Overall we had a fantastic trip. Staying in contact over the phone and skype just isn't the same as being in person. It's always nice to reestablish and strengthen our relationships with family and as always we learned a lot.
Thanks for the fun! We are so blessed.
Justin and Me Samuel Justin Schmidt