April 22, 2014
Our little guy is growing too fast. I tell him to slow down often. Although it is so much fun to see all that he is learning and how much he grows. For his birthday we opened presents throughout the day and definitely played outside. Thank you all who helped make Sam's day special. 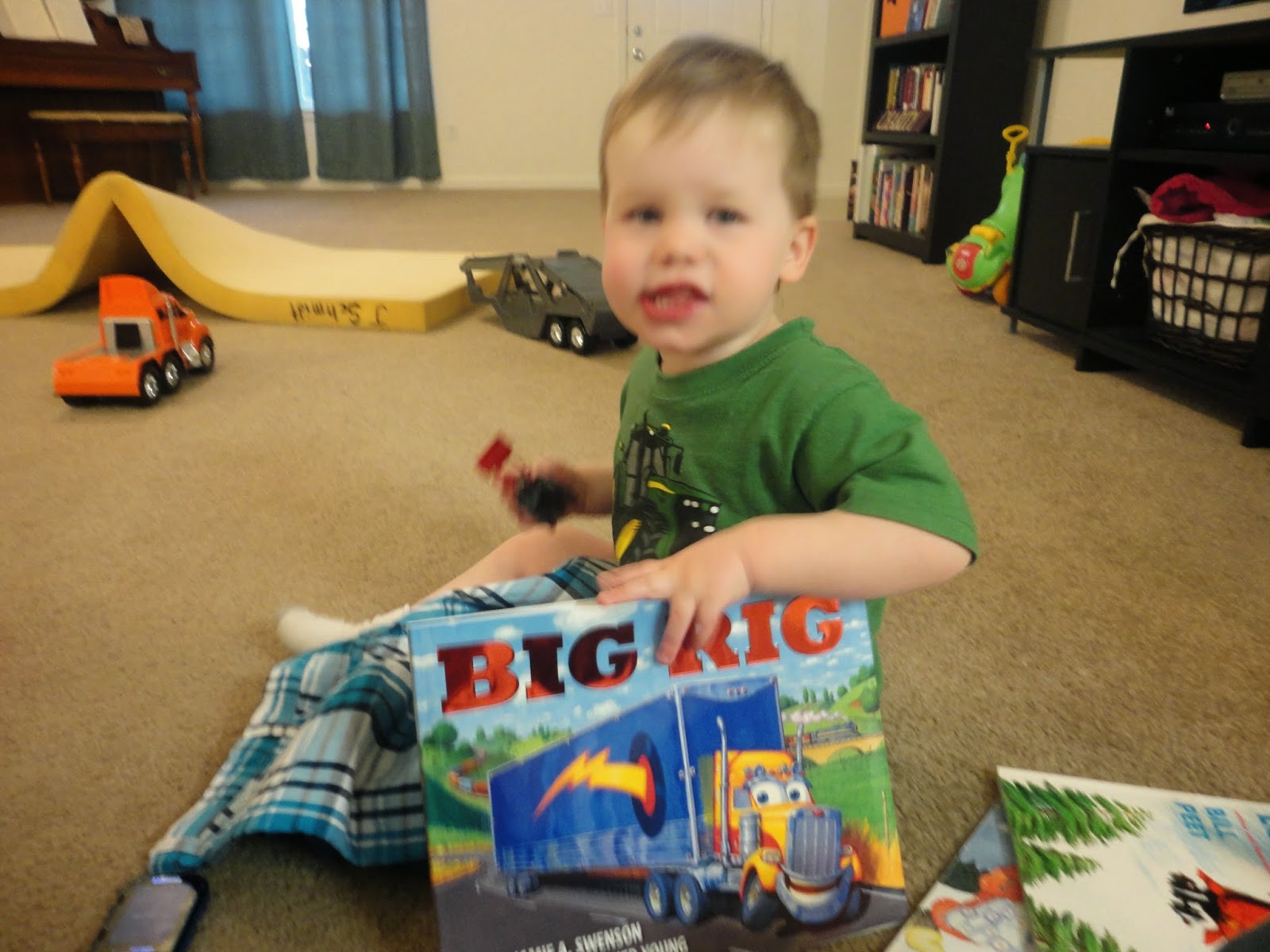 Sam and I read this book at least 5 times, he loves it - from Uncle Justin and Aunt Lindsay 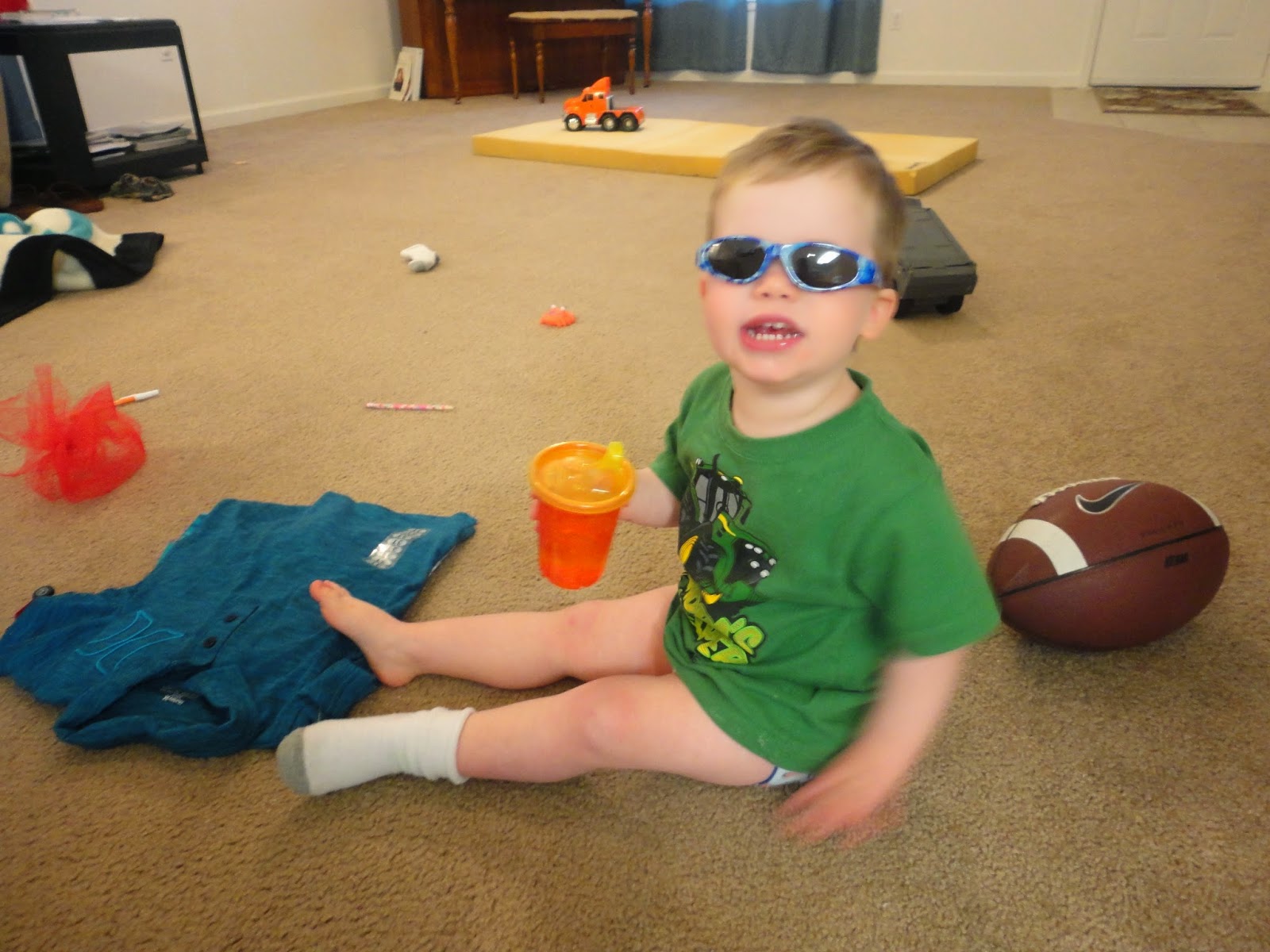 He was excited for sunglasses that actually fit - too bad we've already lost them. 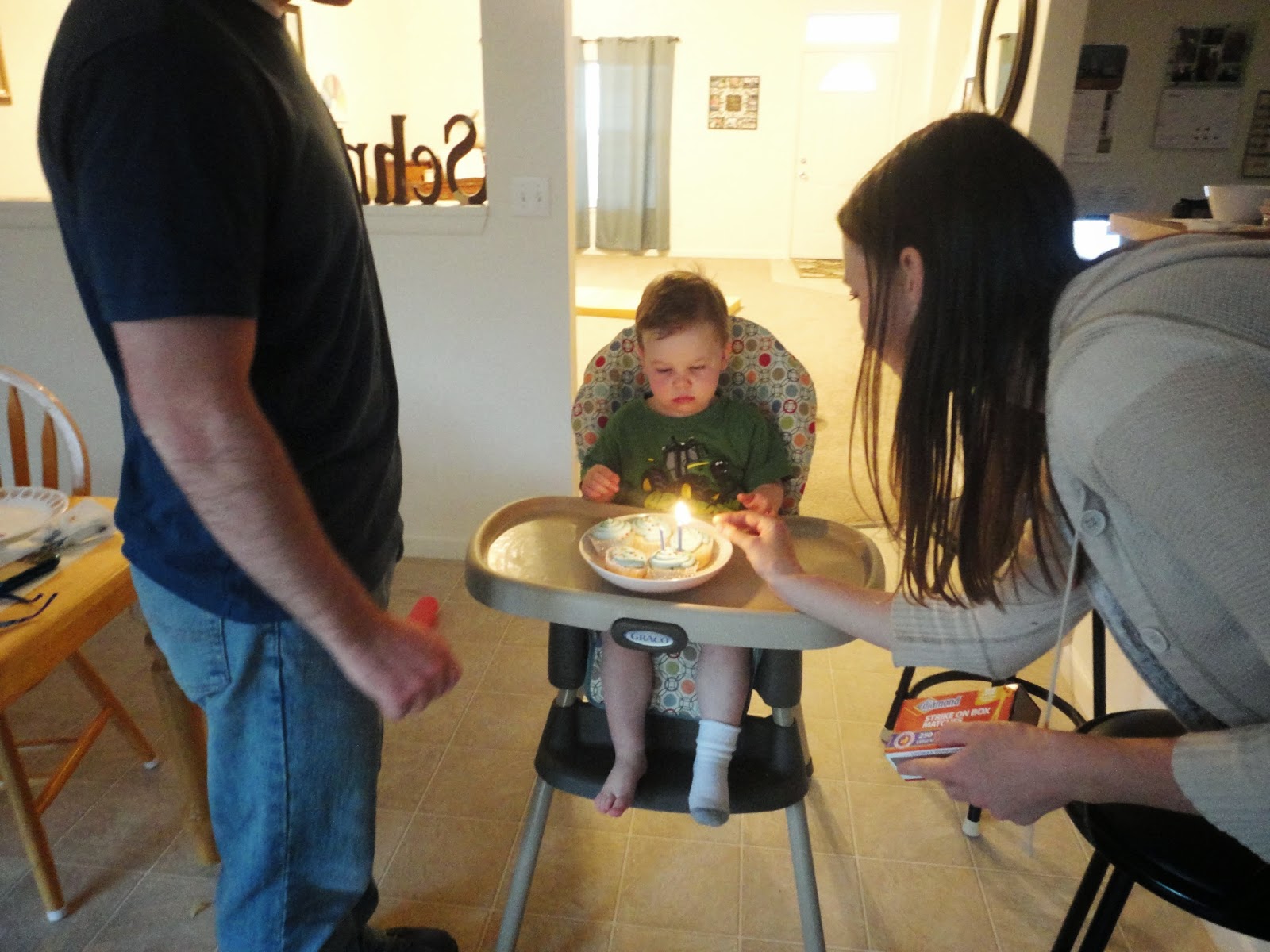 Josh and Melanie brought over an awesome gift and joined us for the singing and blowing out the candles. Sam knew exactly what to do. 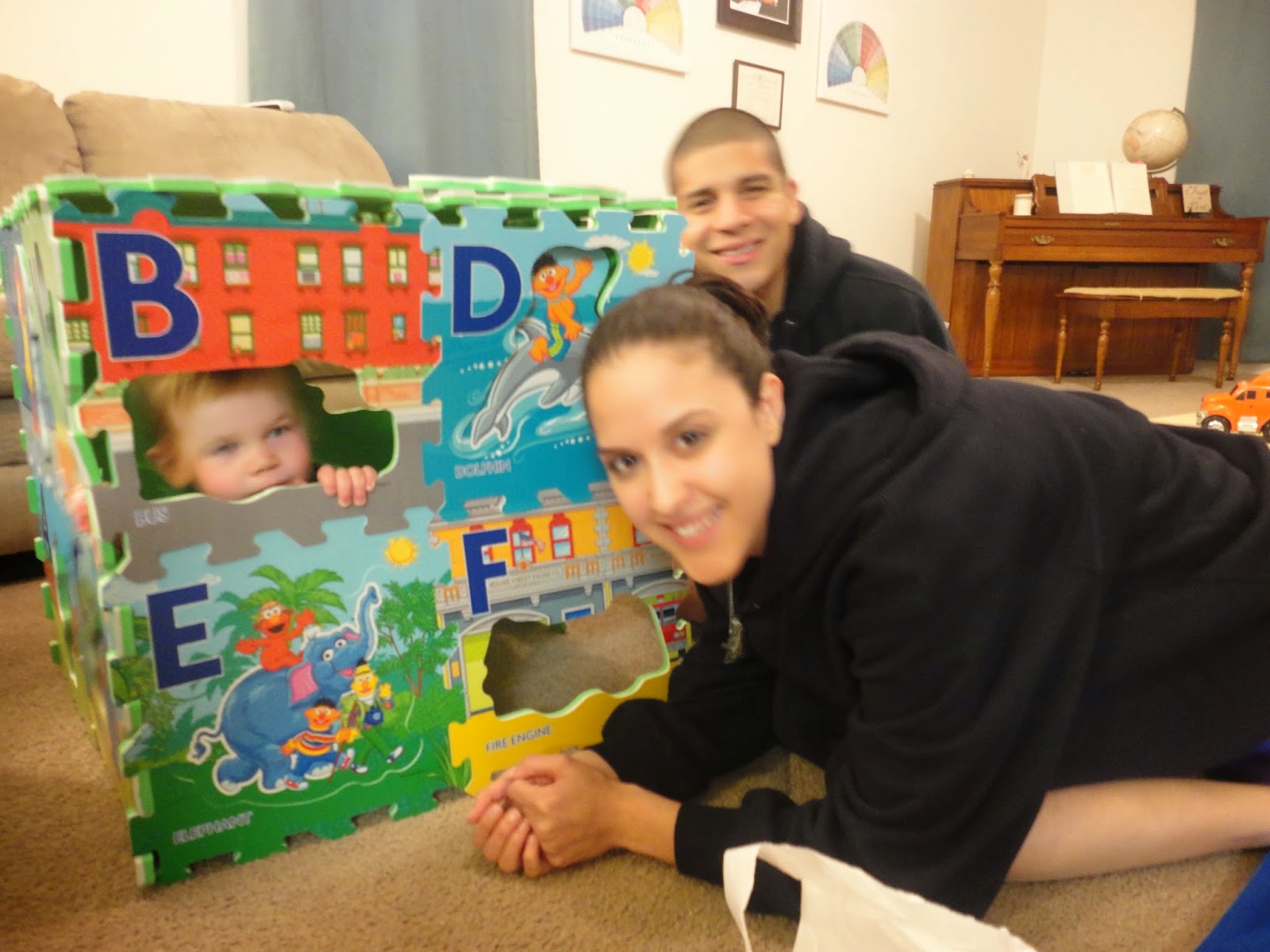 His birthday was on Thursday. The next Tuesday we threw him a party. It was going to be outside at a park, but a storm was rolling in so we switched it to our house last minute. Last minute being after we had set it all up at the park and a few people had showed up. Ha ha, But it worked really well at the house. We had pizza, with a fruit and veggie tray, then cake of course. Then Sam opened his presents. 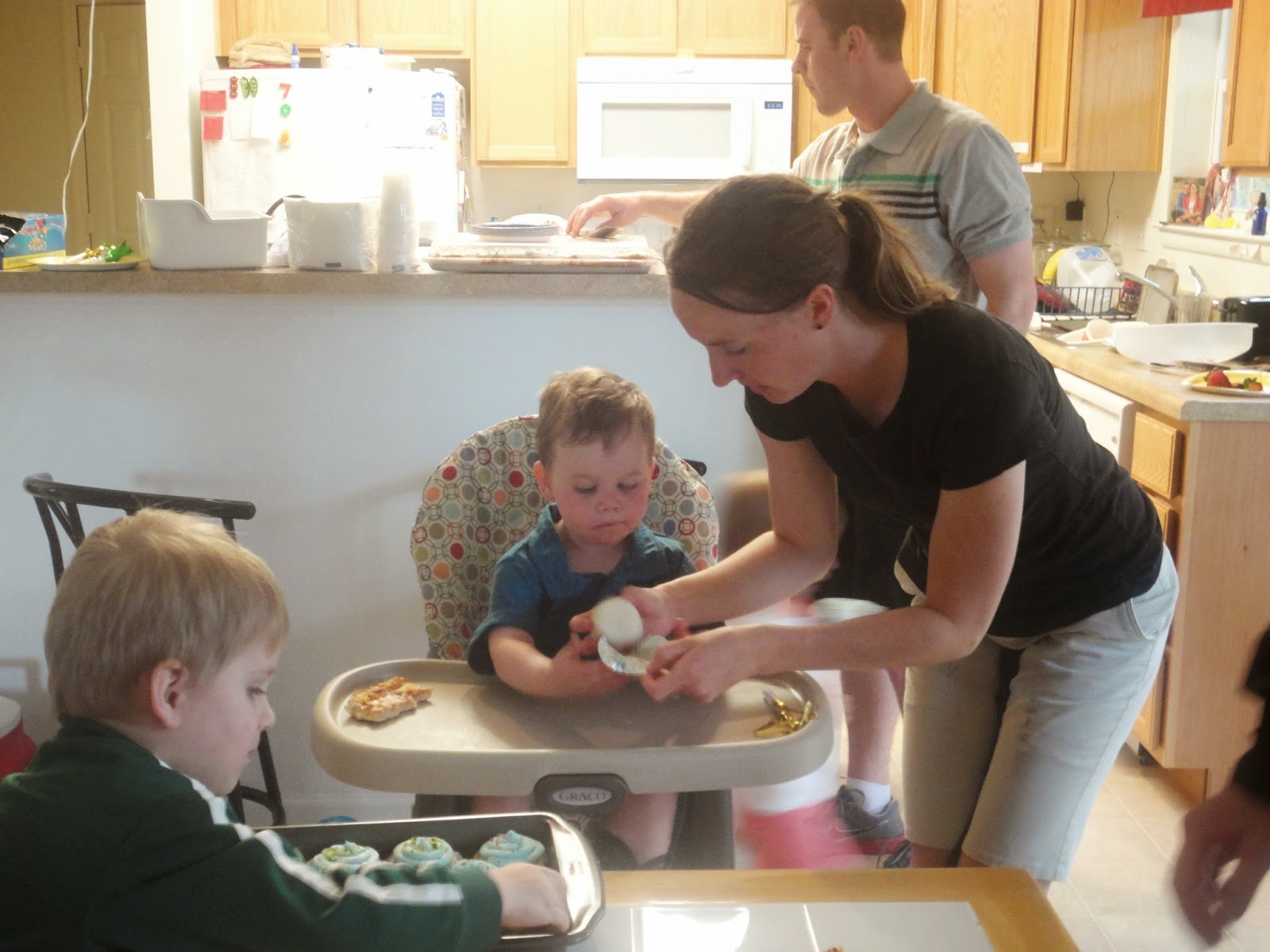 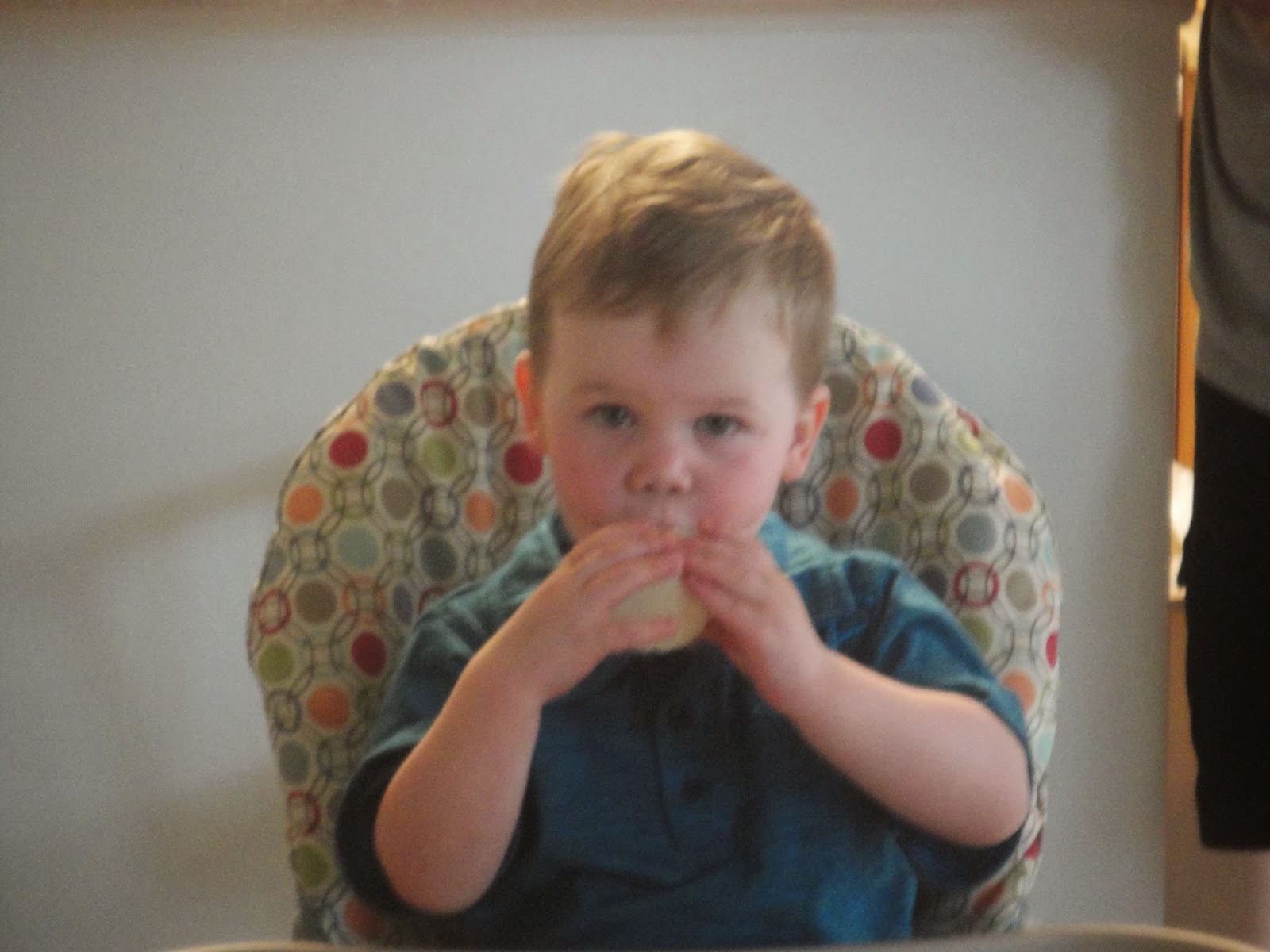 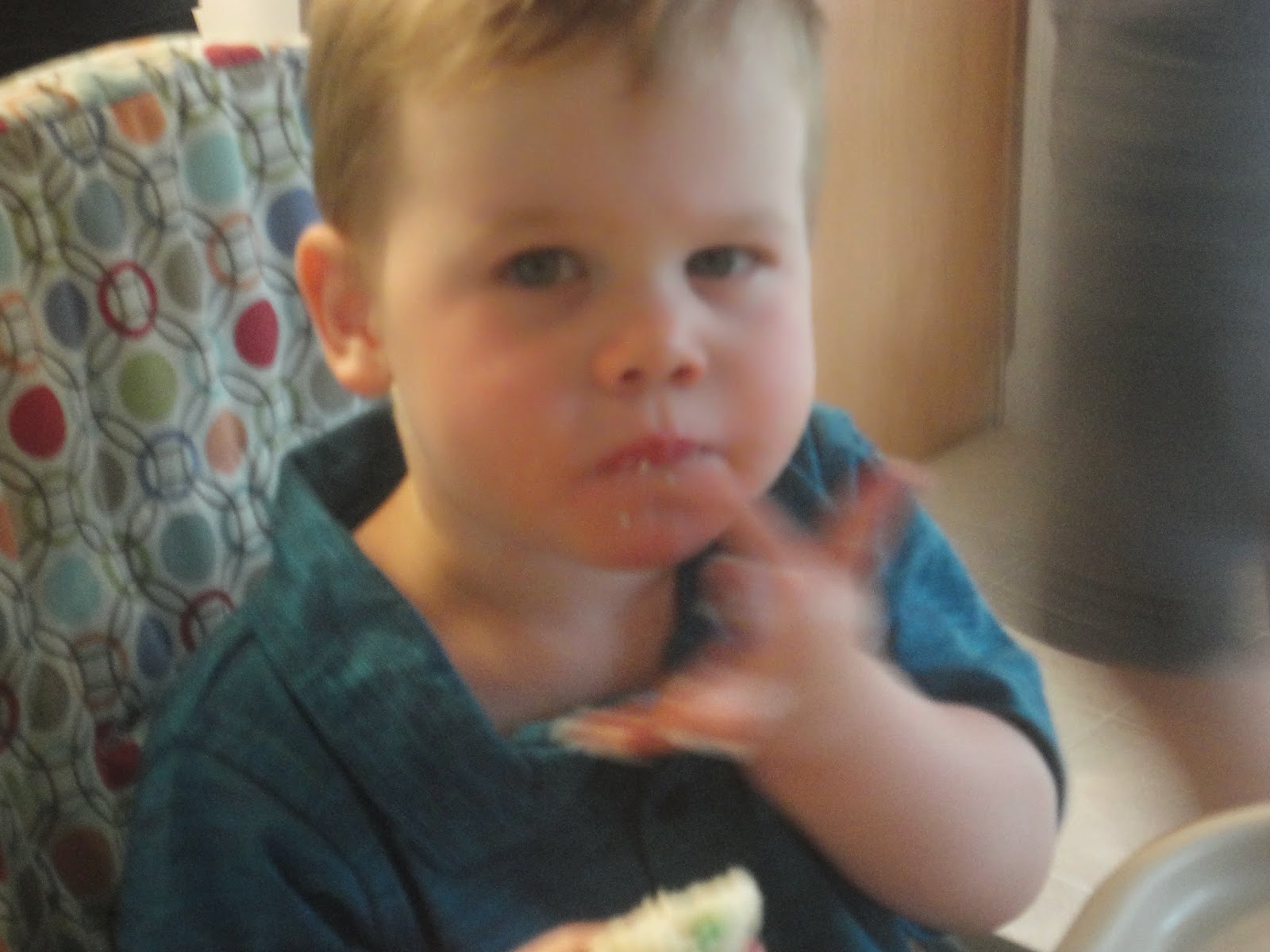 Sam had no hesitation diving into his cupcakes this year! I sure love this little man. It's an incredible and humbling experience being a parent. I can't wait to see what next year will bring. He'll grow and grow and grow! 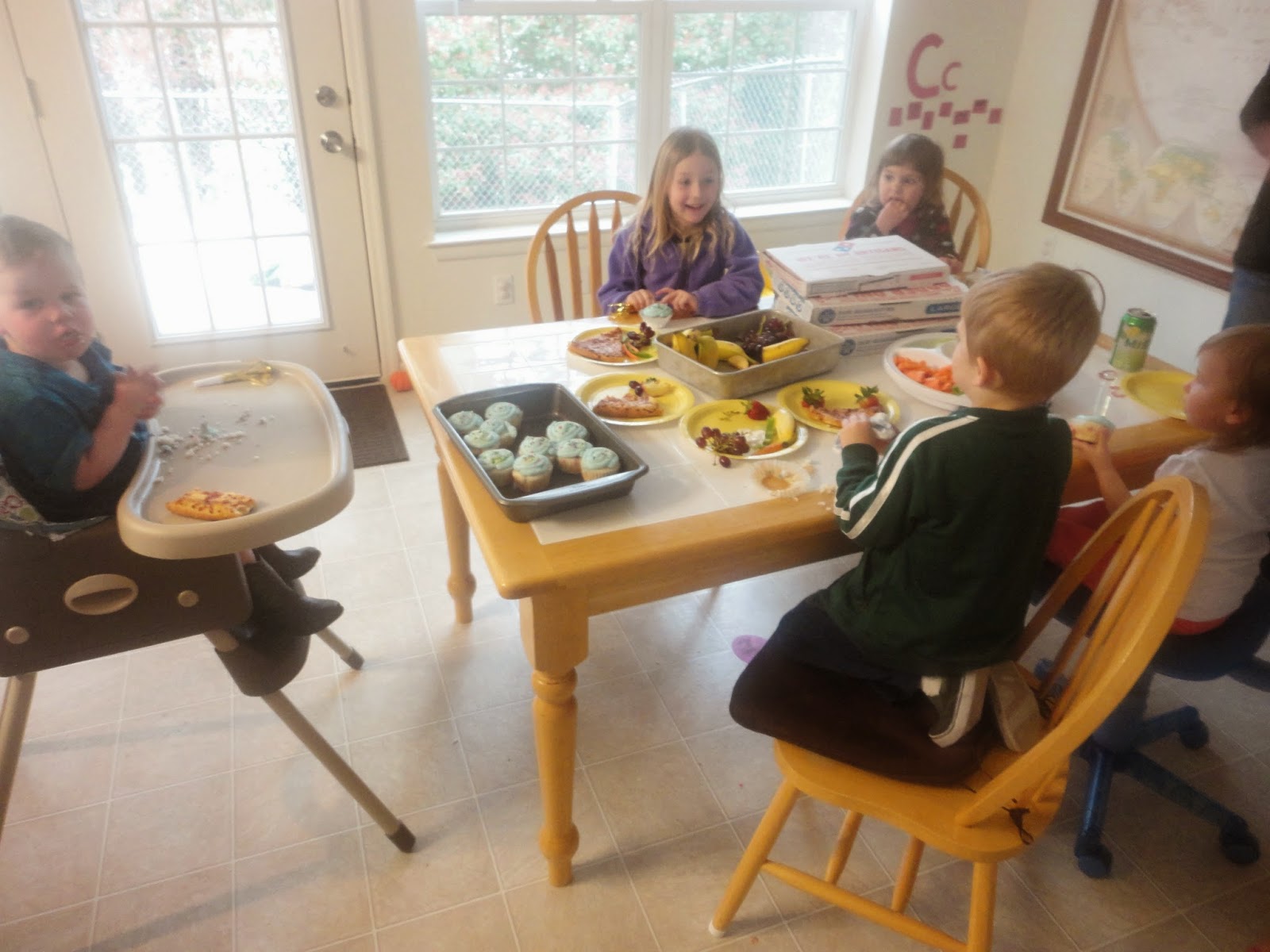 Sam's friends his age Jett, Eden, Layla, Collin, and Anna all came. (the Howell's, Fox's, Zambrano's, Zilinski's, and Israel's were all the families who came) 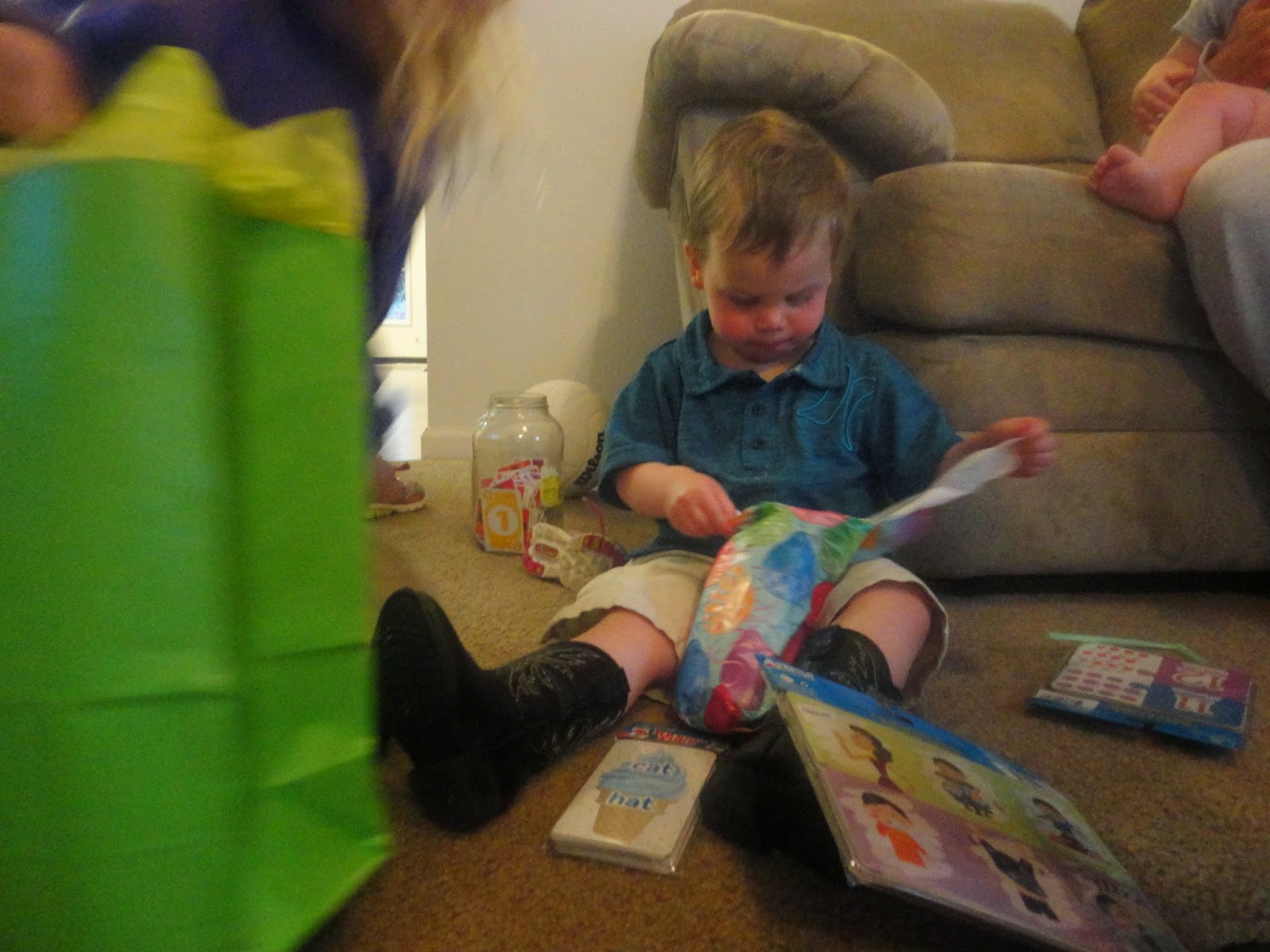 Sam would open one present and was content to play with that toy for a long while. I was the one telling him to open the next present. I couldn't believe how content he was with one present. 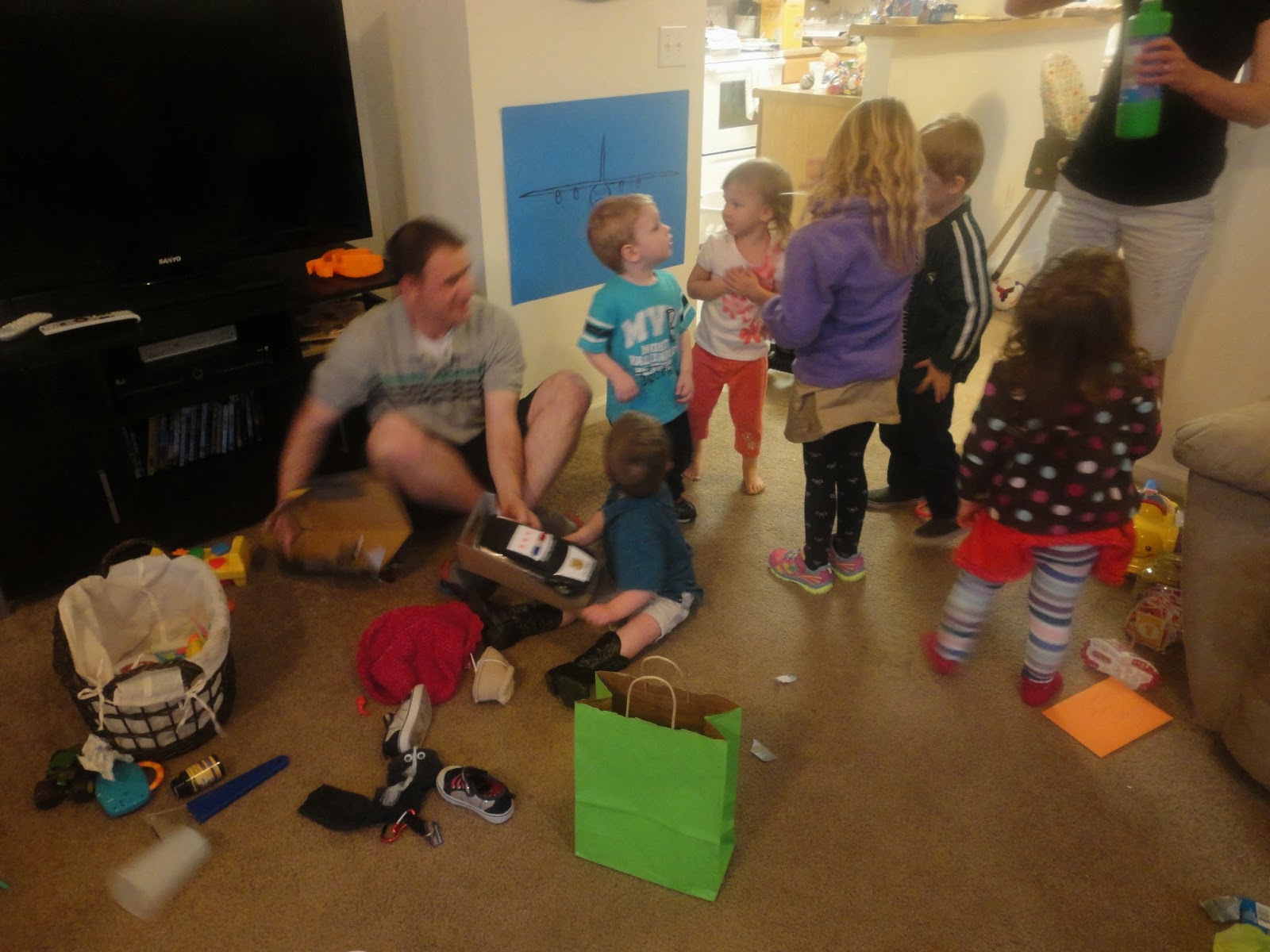 The adults played popcorn games and then we did bubbles for the kids. After everyone left and Sam was asleep, the Zambrano's and us played the "Pin the propeller on the C-130J" game we didn't quite have time to do. Yes Justin used Sam's underwear as our blindfold and somehow Justin got out of a getting a picture taken of him. 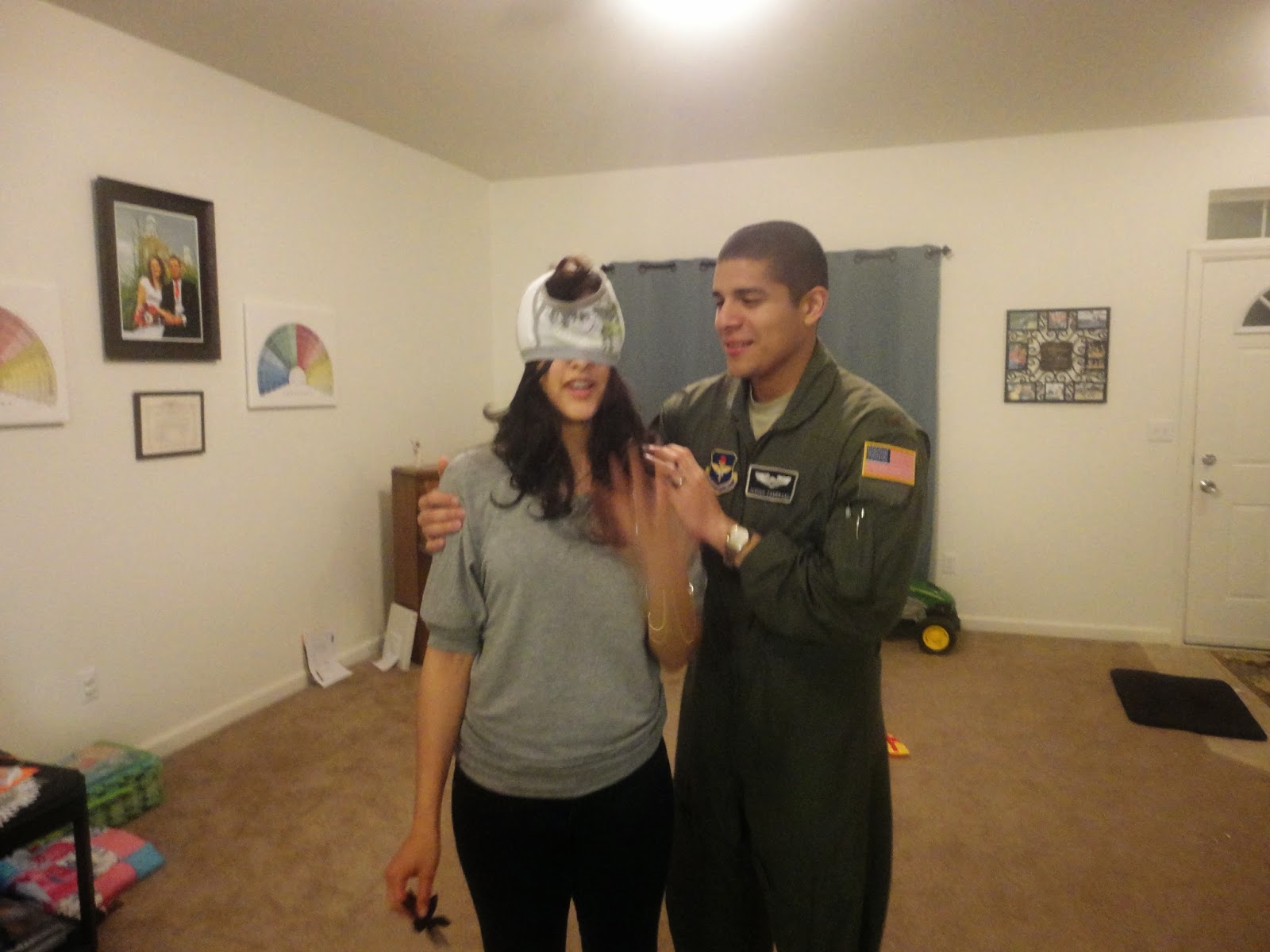 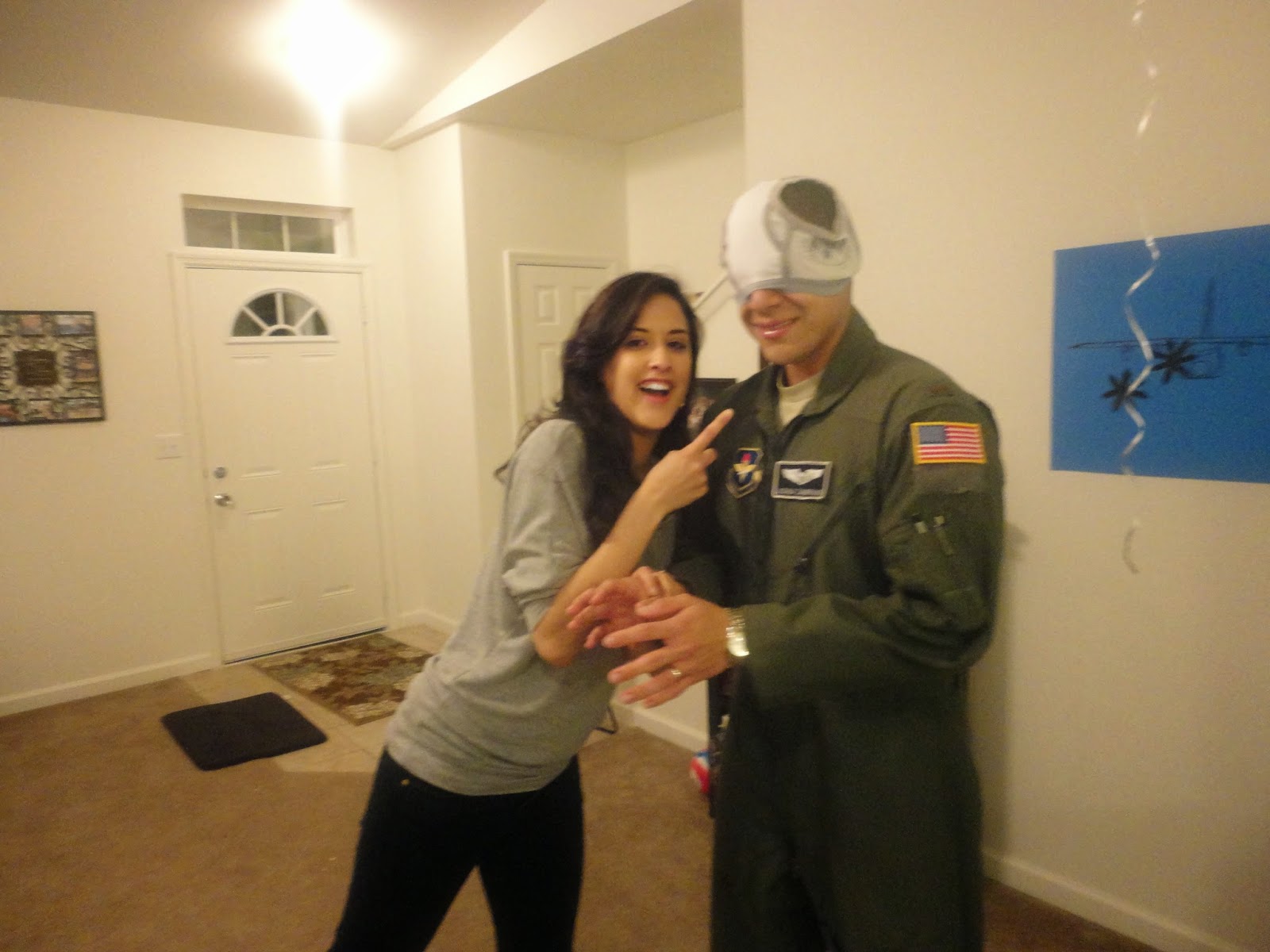