September 24, 2014
We set out to hit up the Homburg Flea Market. Little did we know there are like 5 Homburgs in Germany spelled different ways. We got headed in the wrong direction, but it was toward Trier. We bagged the flea market and continued on our way to check out Trier -- an hour drive.

It turned out nice. When you go with no expectations, there are none to be disappointed. Plus Trier is pretty darn awesome. It's a city from the Roman times with much of the city's wall remaining.

Now it was fun and yes we are smiling in all the photos, but don't let that fool you. We were still getting used to traveling as a family/dealing with the adjustment. We had a bit of a melt down. I decided that if we don't travel anywhere I would be okay with that, in other words I acknowledged the pressure to travel. Justin being gone a lot expressed that he would be happy to stay home sometimes and we also came to the realization that we don't just want to check things off a list. We want to go and do things, events, or adventures, be a little more selective with our travels. We sat down and roughly calendared our 3 years here. It's amazing the break throughs that usually come after my breakdowns. :) 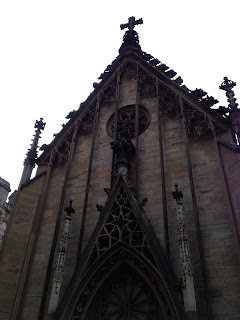 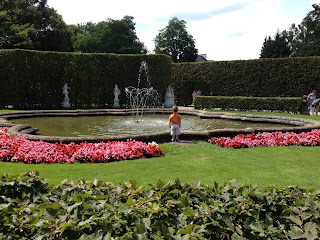 Fun and pretty park - Sam loves any and all water features 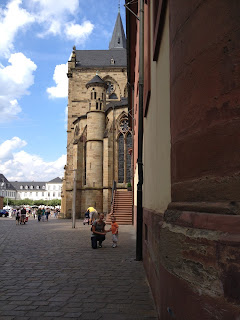 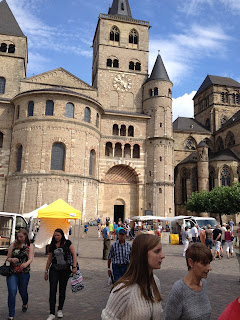 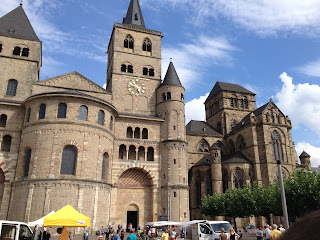 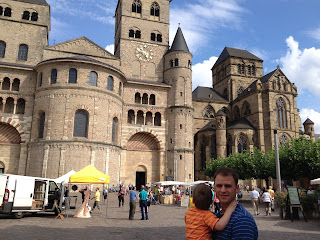 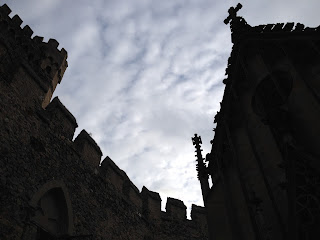 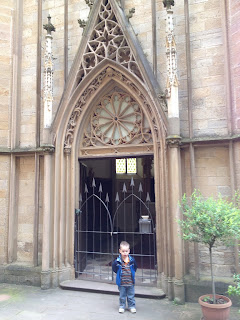 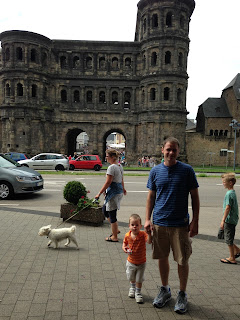 Porte Negra - Black gate - this is the entrance gate of the ancient Roman City. It's black because of how old it is. When stone has been around for so long it turns black. 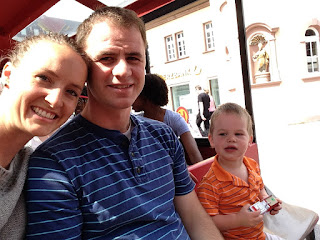 Fun train tour around Trier - It was translated in about 6 different languages - welcome to Europe! 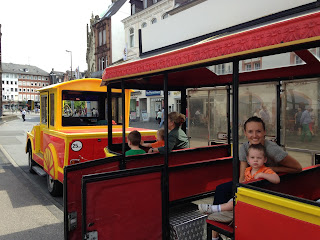 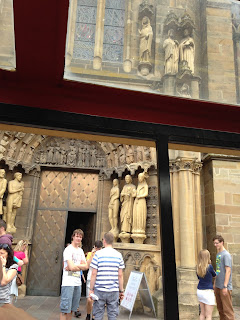 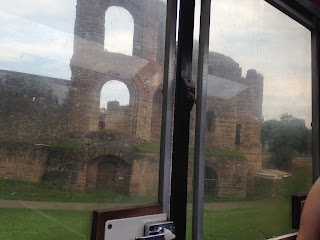 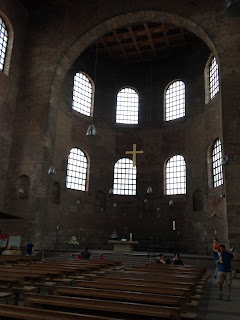 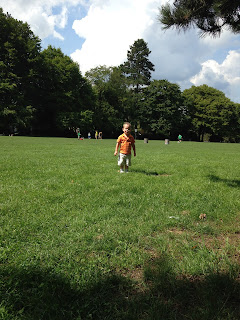 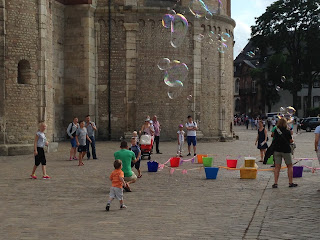 And giant bubbles!! What?! 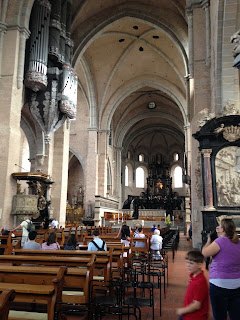 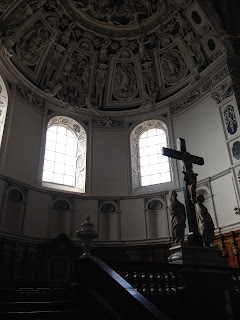