November 21, 2013
This year for Halloween, Sam was a bear, again. :) But this year he fit better in his costume, learned how to "roar" and could run up to the door where the other kids or mom would say "Trick or treat" for him. With a prompt he would return the sign Thank you.

Here are a few poses of our courageous bear! 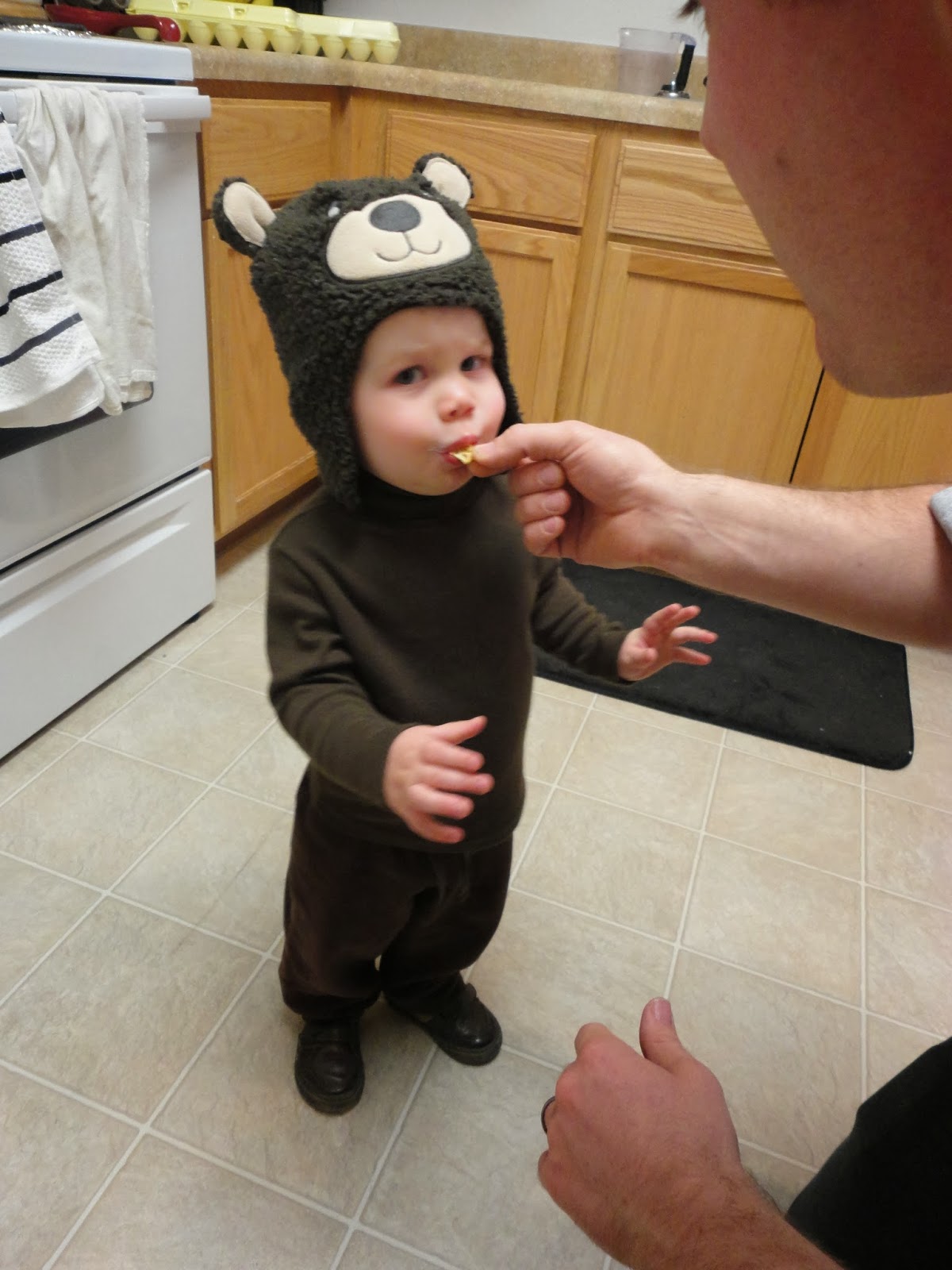 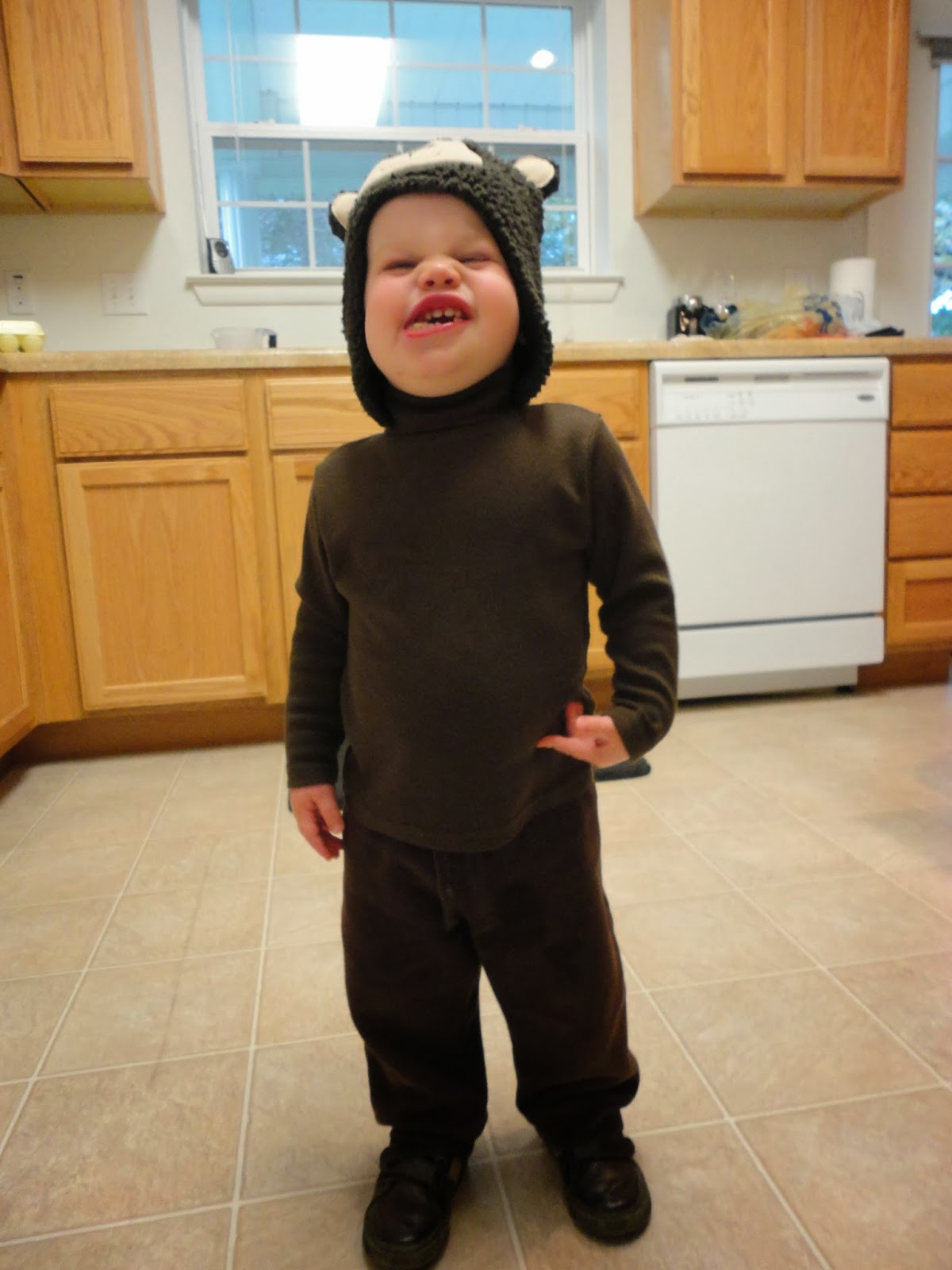 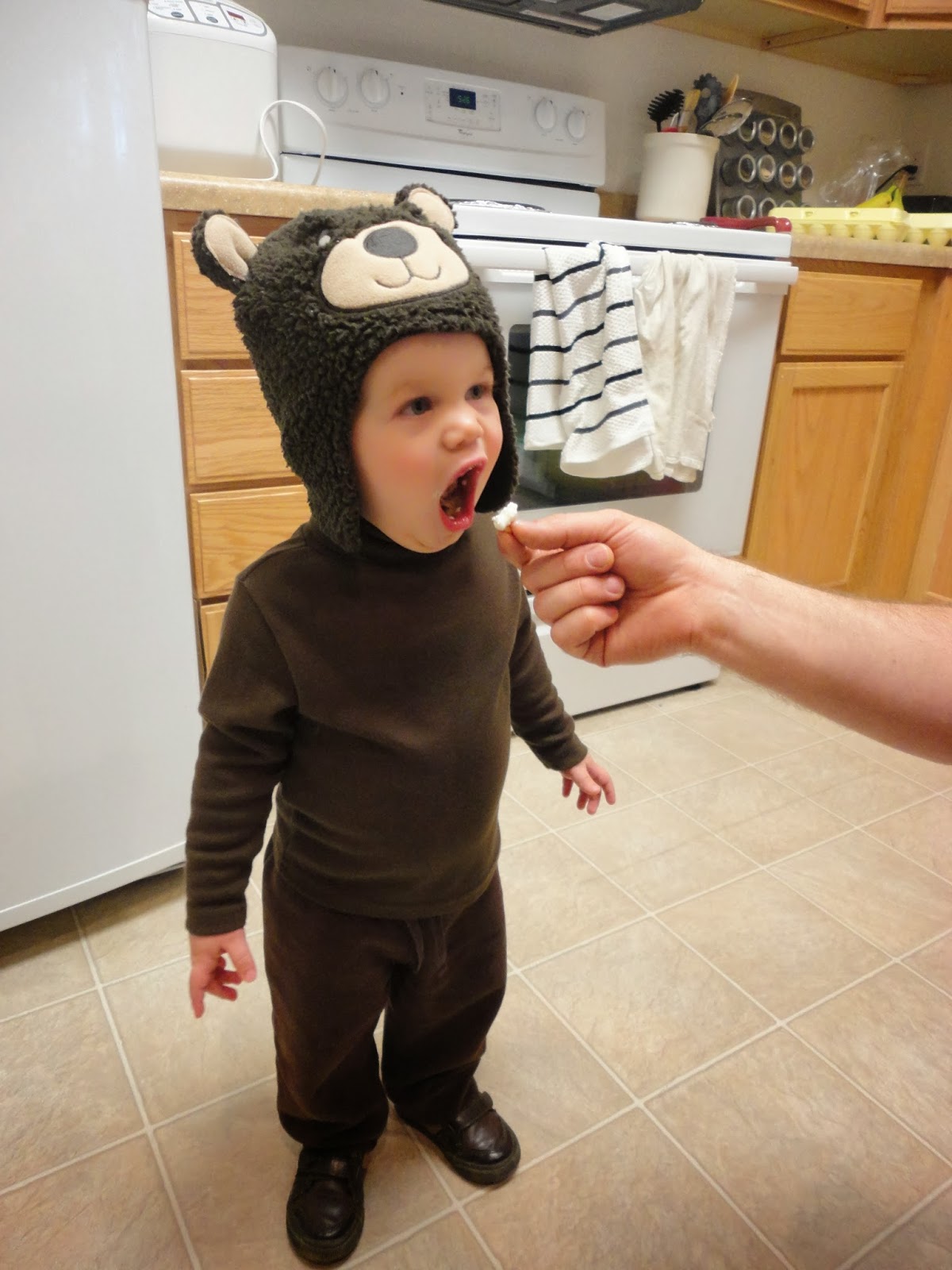 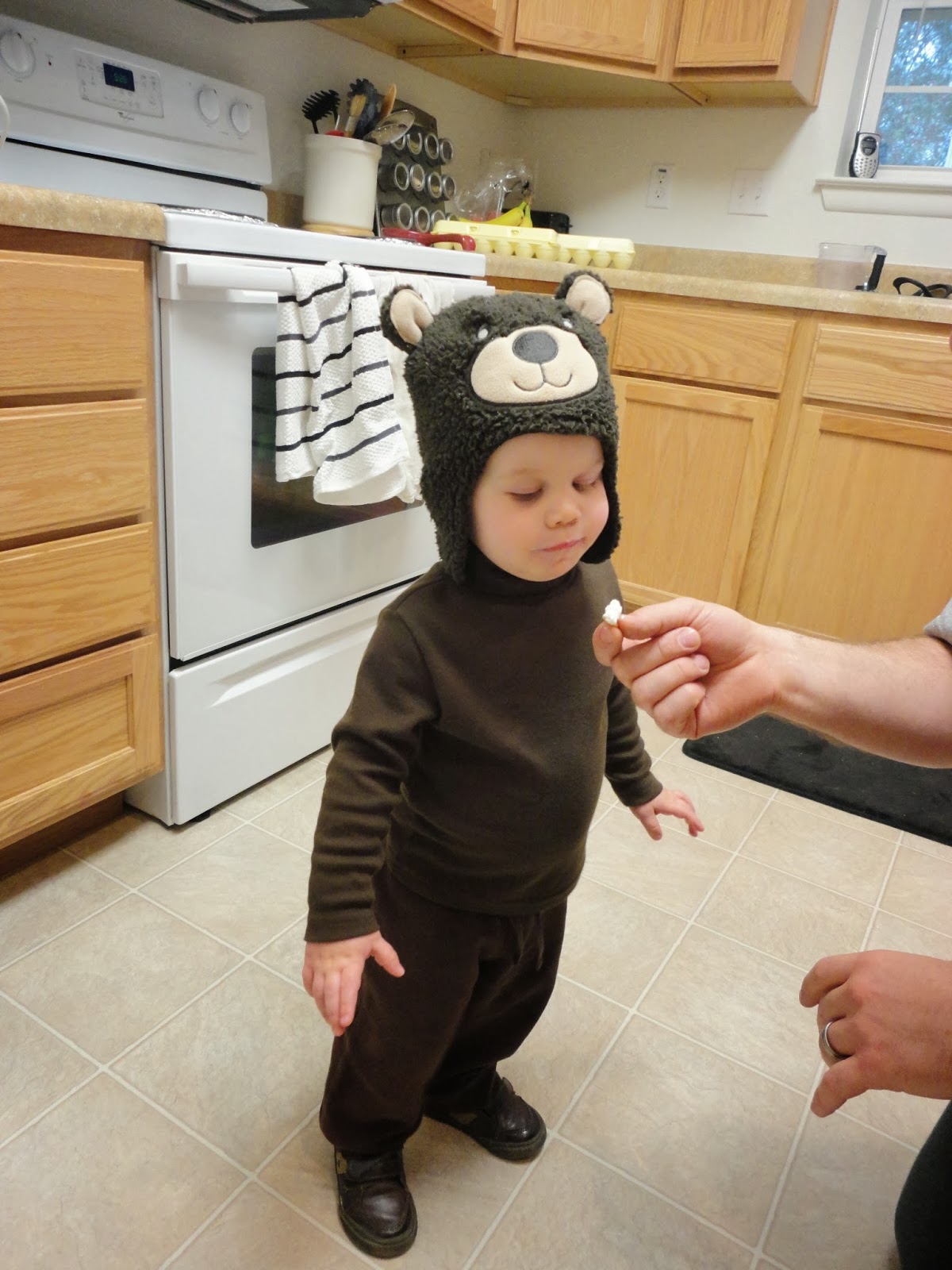 He already knew how to open his mouth wide -- he's known that since he could eat.:) 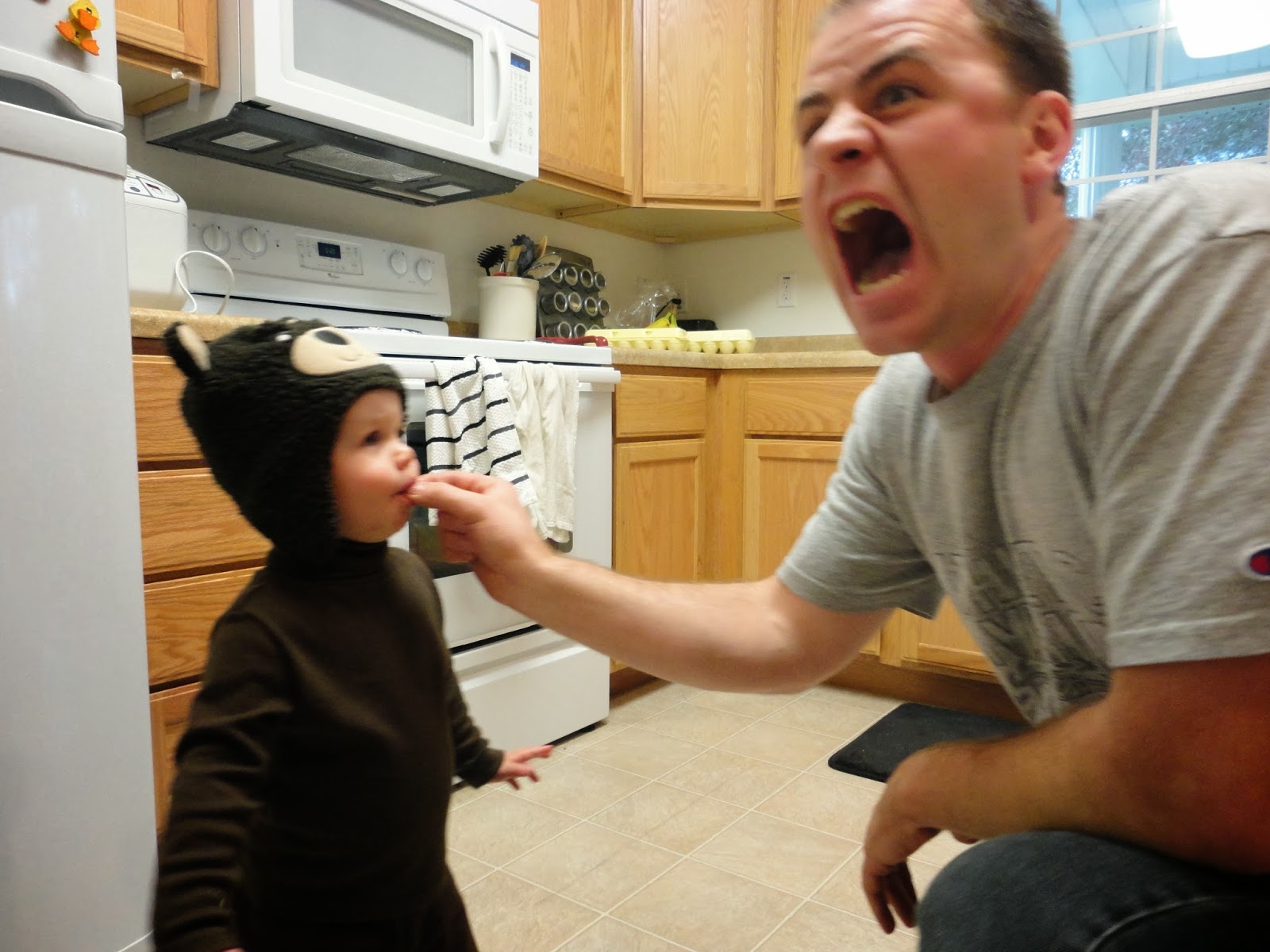 I wish I would have had the video camera with him. He had so much fun just running in the street with the other kids. We only made it to about 6 doors. The rest of the time he was either running or jumping in puddles. Halloween is ingrained in his mind. I'll bring it up and he remembers. It's the day we dress up and run around like crazy and get candy for it! He'll be excited for next year. I wonder if he'll be a bear again? :)
Justin and Me Samuel Justin Schmidt